I am relatively new to Jira Service Management and I did get the HR Service Management template and set up Service Project specifically for onboarding new employees. I am really interested in hearing about any cool and innovative things folks have done with this to streamline the process.

The templates are great to get you going. They are, however, only a solid first approximation.

Your next task, after your HR team gets settled into the new world is find out what they don't like and fix that first.

After that, head down the path of asking them what you can do for the cases where they get email, including group email, for service requests. Make that. Lean on automation for repetitive tasks, assignments, etc.

From there, start looking at Jira Forms to do one of two things:

That's just a guideline of where to go. I have used JSM to get all the service requests for each of HR, Payroll, and Accounts Payable, among others including the usual tech requests under the same service portal.

I really appreciate you insight and recommendation on the next steps in this adventure.  I had started thinking that was the next logical step and am now more confident in continue with that approach.

Thank you very much for taking the time to respond and making my initial experience with this group a positive one.

Hi, @tom_sheffield For the onboarding process, we recommend creating a process template, where you add all steps that have to be done to minimize company risk.

Our SaaSJet team is confident that checking the statistics, sticking to the schedule, and using simple tools can overcome these issues. The Business Process Manager is an add-on that aids in making Jira's working process simpler and more convenient.

1. Use a built-in Template or create a custom one with all the steps of the process. 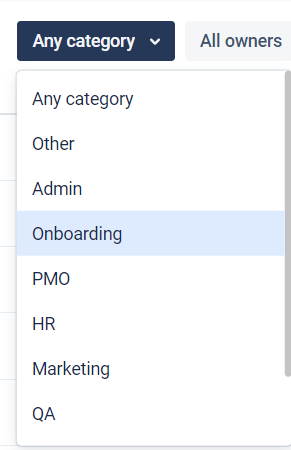 3. Select the assignee for each step (also add approval for these steps If it needs)

Moreover, when you install the add-on, you'll have predefined templates for a lot of common processes.

Thank you for the helpful guidance it is very helpful and I greatly appreciate it.

Welcome to the Group, and welcome to Jira.

As @Mike Rathwell said, the best way to approach it is to be user led - find out what they need and sort it.  My only caveat to that is that the users should understand what Jira does and how it does it so you don't end up going round the houses to solve a problem only to find that Jira does it better in a different way!

Thank you for this guidance it helps a lot!!!

Welcome to the community @tom_sheffield ,

Were you able to get started? You can always come back with additional questions if you have any.