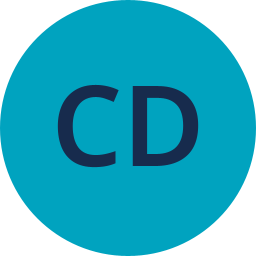 Our organization has utilized JIRA for one team for quite a while, and we're trying to expand it to include multiple teams within the same space we already have. Teams are cross-functional and can assist in any project, and there are multiple projects going on at a given time. I think I've got a usable structure down, and I want to see if I've missed anything or if someone else has a better thought on how to accomplish this.

Our space is broken up into a few different "projects" that are based on company-wide initiatives. An initiative can have many project based within it, as well as smaller tasks and bugs that don't belong to a project, but still need to be prioritized and completed. An initiative applies to all teams in the organization.

Projects are set up as epics, with large bodies of works as stories and smaller bodies of work as tasks tied to those epics. The stories/tasks are broken down into sub-tasks if necessary. Some bugs and small tasks just float on their own, unassigned to an epic.

Each team has their own board, which includes all projects, but is filtered by the members of that team. The team's sprints are set up from this board, and tasks from various projects are added to their sprints as they are prioritized. Setting up sprints by team allows teams to run multiple parallel sprints without overlapping with each other. If a task from Team A's Sprint 1 is assigned to someone from Team B, the sprint is changed to Team B's Sprint 1.

We'll also have project boards to view projects at a high level - these will be filtered on epic/project/label, and sprints will NOT be set up from these boards. These boards are just for reference.

Tasks have their own due dates that pertain to their project. The due date of the task itself will tell the team how to prioritize the task within their own team's sprint.

The only part I'm struggling on is how to allow projects to have phases/sprints - I'm thinking either using labels or a custom field to denote the "phase" or "sprint" a task is assigned to within the project should do the trick, but I'm open to suggestions. Sadly epics and components can't be assigned their own releases/versions so that feature can't be used.

Hopefully this makes sense. Thanks in advance to anyone that contributes!