I'm part of this humanity segment that do forget once in a while to express how much appreciation I have for the life partner I have.  Anyway - Charlene (Boutin) - look her up - created this super story  below about a lonely issue to match up with her soul mate.

“This isn’t going to work out,” he said as he let go of her hand.

“But, why?” Issue demanded to know. She was no longer sad - only frustrated, and a little angry.

Issue rolled her eyes and sighed. This wasn’t the first time a Jira dumped her for the same reason.

Issue had always been a little lonely.

Amongst the pool of Jira projects, she could feel that somewhere, somehow, her soul mate waited for her.

Every time she met a new issue, things were great at first. The two of them would make an effort to sync up and understand each other - stay on the same level.

But eventually, Issue and her lovers always fell out of sync. She couldn’t understand why, but she could never seem to communicate clearly with her lovers.

And everyone knew what eventually happened when good communication wasn’t there.

She was tired of making all of this effort to attempt to sync up to other Jiras. All it ever led to was frustration and heartbreak.

Surely, true love - true connection - was out there somewhere… but maybe she wasn’t meant to find it. Maybe she was broken.

Those were the thoughts scrambling through her brain as she made her way home that fateful night.

A man stood in an alley - she’d seen this man before, but always avoided him. He was always trying to sell her something. “I’ve got what you need,” he called out raspily to her.

For some reason, she felt the urge to heed his call for once. Issue made her way to him, a little afraid. “How can you help, and how much will it cost?” she asked.

The man grabbed her wrist and looked her straight in the eye. “For you, a gift,” he said as a jolt of heat spiked through her entire arm.

“Creep!” she cried as she pulled her wrist away and started running away.

Once she was home, she felt silly. As if some random salesman could help her…

But as the evening stretched by, she couldn’t help but wonder… what would happen if she said the word out loud? After all, she had nothing to lose.

Lounging on her couch, she sighed and whispered: “Exalate.”

A sudden surge of lighting when through her - as if every part of her was being scanned, taken and remade.

And suddenly, a few meters in front of her, was a Jira.

But not just any Jira - it was her soulmate. She knew it, just by looking at him.

“Hi,” she said quietly, cursing herself for not speaking up. Surely he would never hear from such a distance.

But he turned his head and looked her straight in the eye. He had heard her all right. “I’ve been looking for you,” he commented in a matter-of-fact way.

Hearing his voice felt strange. She wasn’t just hearing him - she understood every single word he spoke with every cell of her brain.

They were in sync.

What a fun love story! Way to go Francis and Charlene :) 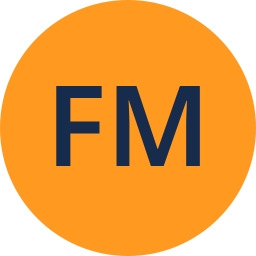