It’s been a busy year in 2019 so far! There has been a lot of innovation happening in Jira Software Cloud, from new features in next-gen to Jira Software Premium to brand new integrations. Get the full scoop on what’s new and what’s on the horizon with our refreshed public roadmap!

You can also tune in to our upcoming webinar about the roadmap to hear the full story.

What feature(s) are you most excited for on the roadmap? We'd love to hear your thoughts.

@Josh Frank Greetings Josh.  Can you spell out what's "refreshed" in the roadmap?  I clicked on that link and I wouldn't say anything on there strikes me as something major I wasn't counting on with your prior Roadmap.

- Re: Roadmap hierarchy (point one in Next-Gen roadmap), I don't think there is much value here other than another view of Epic child issues.  I used this in the EAP, and it reminds me of Portfolio for Jira with a much nicer graphic presentation.  Roadmaps are a nice feature, but I wonder if most users are like me - they use multiple projects to plan work in a roadmap, so having these roadmaps limited to one project makes Next-Gen not very useful for a team's true Master Planning.

- I was on the Premium EAP and was really hoping for the "hierarchies above Epics" that you guys touted on there this summer, but as I understand Premium has been reshuffled, and the big piece there, Roadmaps, is now in "regular" Jira.  You mention in your link "We’re investing in capabilities to enable teams to aggregate multiple roadmaps into a master roadmap so you can get an eagle eye view over all the work that’s planned, track progress, and get ahead of dependencies and blockers across team," is that possibly something similar retooled, for release now sometime in 2020?

- Also, I still don't see some basics in Next-Gen, like cross-project visibility in Epics or Sprints.

- Components are the closest thing in Projects in Jira to having the ability to categorize issues in a folder or grouping, because you can click to components from the left pane.  You can't set up labels or custom fields out of the box to work that easily. Do you guys have plans to bring that to Next-Gen?  It is still not on the Roadmap, and something I use extensively.

- There are two items around versions/releases: "Get a better understanding of Release Readiness..." which as I read that, looks like simply versions coming to Next-Gen, and then in 2020 "Reimagining Releases in Next-Gen..."  I wonder if these releases will bring in the ability to incorporate multiple projects, as again I believe that a lot of teams plan releases from projects that for example cover both DevOps and Mid-Tier services or Infrastructure, that may be stuff that's not in the same project in their Classic Jira.

If you guys announce more detail in the Webinar, would love to hear about it.  As you can tell I am a user really holding out for Next-Gen to easily allow cross-project activity.

@A_Raadls Thanks for all your feedback and engagement. As you mentioned, a couple things changed since the Premium beta program and now the roadmaps feature is available in our Standard plan. As you see on the 2020 roadmap, we do have something slated for aggregating multiple roadmaps so stay tuned for more details on that! Unfortunately that’s all we can share right now.

We are exploring more cross-project capabilities with next-gen specifically, but as you can see there is nothing listed on our immediate roadmap. If you need cross-project boards, or workflows and custom issue types that work across projects, Classic projects is still the best option.

In terms of what’s new, we hope there’s a lot to be excited about on our roadmap. We unveiled the brand new workflow editor, which is coming right around the corner. We shared the ability to deep copy next-gen projects (with their workflows and issue types), we shared that versions as well as a new concept for releases are on the way. There’s the Mac app. There’s some long requested features for Jira Premium, like project archiving and custom domains. And that’s just a handful of the things on the horizon!

Definitely come check out the webinar, we'll discuss everything in more depth! 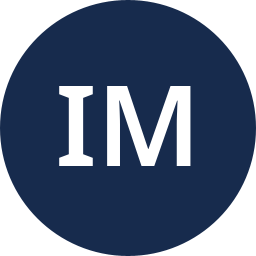 Thanks for this @Josh Frank, some of these things are very encouraging! Pleased to see release versioning back, and Epic hierarchy.

I do however echo the sentiment of @A_Raadls. Cross-project boards and roadmaps are absolutely essential and we cannot proceed with further adoption of Next-Gen until this is added. Almost all of our Kanban boards are constructed using team membership criteria (using Jira's groups) and may encompass many project keys.

Other must-haves, which I'm not sure are rectified in this public roadmap update:

Currently, adding (e.g.) four Next Gen projects introduces four different versions of (e.g.) the "Closed" status to Jira's global namespace, which adds an unworkable amount of noise to querying in Classic (and also provides no end of trouble for many of your third-party marketplace vendors in the automation and reporting space). Per JSWCLOUD-17413

We really need centralized workflow admin or templating to ensure the function of cross-company automations and reporting. I am encouraged by the "copy workflow configuration and issue types" item on your list, but it seems this is a one-and-done operation that leaves resultant copies as independent contructs. I get the trade-off for local adminstration, but if we need to update a transition for fifteen projects every time we want to upgrade a development process it will get old very quickly.

If I sound frustrated it's because we love the new features here and just wish we could use them! Really like the long term vision, and eagerly awaiting the day we have one project stream in Jira and not two. Cheers!

@Josh Frank much appreciated the extra detail around those points, Josh.  Agree back at colleague @Iain McCarthy with frustration with the roll out of Next-Gen.  You guys have done a fantastic job with the UI, a ton of simplification vs. the previous versions of Jira Classic, which are also improved with the new issue view.  But I feel like as a whole Atlassian is majorly underachieving with the extended perpetuation of the two Jiras.  This has caused me to leave Jira for the time being, I am looking at some makeshift solutions to partially  still use Jira via integrations with other tools, where for now I've moved most of my task management pending the resolution of the "Two Jiras."  Most of these integrators are citing "issues with Next-Gen API" - see ProductBoard, Aha, TargetProcess, the list goes on, and there are some bigger ones I'm not 100% sure of off hand, which also limit my ability to use Next-Gen in the limited capacity.

Generally I would have thought you guys would simply treat Next-Gen as a new release, improved version of Jira, and proceed to implement it that way, and not leave droves of users in Jira limbo for what appears to be at least through 2020 as your roadmap indicates.  I almost see this as Apple launching a new iOS and then asking users to choose one or the other, as they take some years to align the two to run concurrently.  I cannot think of any major SaaS software suite in the market, ever, that split this way.

At any rate, what held particular promise for me was the discussion of the 'hierarchies above Epics' that was touted in the Jira Premium offer this summer.  I was a frustrated Portfolio for Jira cloud subscriber -  talk about one of the more non-user friendly Jira features!  You guys have really done great things to simplify some of the "clunky" parts of Jira that only admins famously could deal with, like "screen schemes," "issue type screen schemes," etc.  The Next-Gen workflow simplifications you mention are great, as that is a hugely powerful part of Jira that was very complex to set up in the past.

I'll keep an eye on the development and wish you guys more speed!  I do hope internally this unification of the Two Jiras is getting all the resource it deserves.  With the acquisitions and a lot of press around enterprise stuff these days from Atlassian, I feel like you guys are getting a bit too comfortable with your position in the market and not really feeling like you need to get this solved as fast as you could.  Just look around the community, there is a lot of dissatisfaction!

In addition the default view is the New Issue View and voting is not possible.

It would be embarrassing to ask our customers to logout and view a link if they want to interact in our community. Therefore we have abandoned public Software projects.

What we as Atlassian customers see when we interact with your portal and projects is reserved for Atlassian only, and cloud customers of yours are getting a lesser functionality. 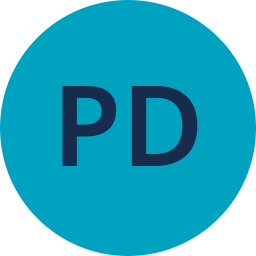 While all of this may be entirely worthy, there is only one feature I care about.

There has been an outstanding request since 2014 to be able to reorder items in an epic. JIRACLOUD-40929 has the details.

Time for you to prioritise this one. Its a simple request. We really want it. Just do it!!!

Do you have any plans on adapting JIRA to support companies that use microservices? It seems JIRA is not suitable at all for this, right now.

Each microservice could of course be its own project, but that would make me have 150 JIRA projects, each with their own separate board making it SUPER difficult to make any sort of sense of it all.

If you instead create 1 project for multiple microservices (i.e. grouping them into 1 JIRA project), that makes it difficult to track which microservice each issue relates to - not to mention that "releases" gets completely useless.

@mschumann , we had the same issue when we moved to Jira from another platform.  We ended up using 1 project and had each of our modules (or your microservices) as components.  They sometimes are very detailed in their naming convention like module1-featureX-page3.  This also helps with releases as you can include updates/additions to each of your microservices in a single release.  We also have an internal tool that uses the Jira API to pull tickets for a given release and categorizes by component so our clients can see the update to the modules they subscribe to.  Hit me up on LinkedIn if you'd like to know more.