We are currently running an instance of Jira using an on premise server. This also includes Service Desk. We need to migrate these to an existing cloud instance that already has several existing projects for other dev teams in our company. We have been able to successfully migrate Jira Software using the Migration Assistant but this does not include Service Desk.

I have been able to import Service Desk tickets using the CSV importer in the cloud - the CSVs are created by exporting issues in the on-prem JSD. However, I cannot get attachments to import. I found this was due to our on-prem version being locked down so Atlassian can't browse the attachments and download them during the import.

So I tried adding credentials and an API key and that didn't work.

I tried hosting the attachment files in a publicly accessible location but that doesn't work from Google Drive or DropBox as they don't allow you to grant public access to entire directories. And since the files are not really files like jpgs and pngs I can't just put the files in a remote directory and reference them. Also, my organization blocks my access to most file sharing sites so I really can't go that route.

At this point I have tried just about everything I can think of an nothing is working and between my organization's strict access policies and Atlassian's lack of migration support for JSD I've hit a wall.

Has anyone ever successfully imported JSD from on-prem to cloud? If you have I'd really like to talk to you. 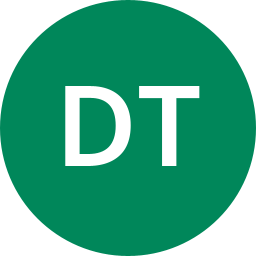 To do things the way you are attempting, you will need an internet facing web server without any kind of authentication. IIRC, ftp protocol may still be supported, but I don't know for sure.

Your other option is to merge two instances together, which is at least as messy.

We do a lot of migration projects like this and there just isn't an easy way, unfortunately. I guess you're already aware that you will lose issue history and if you want to preserve the issue comments, you will need to export them from Jira somehow and either add them to your CSV or do a second CSV import to get the comments in to your Cloud instance. I hope that helps.

I was able to export the issues from our on-prem server using the built in export functionality so most of the pieces are coming through - all comments, etc. It's just the attachments that are missing and some minor stuff like TTFR and TTR values. If I could get past the attachments issue I'd be golden. Just really surprised at the lack of support for this operation. I would think Atlassian would include JSD in the migration assistant.

Anyway, thanks for the response. I will continue to see what I can find that might help.