I have imported from my server, yet can't seem to add people / users to a project

I am the admin for the site, however no matter what I do, I can't seem to set the "Lead" or add a "Person" to the service desk project, so that I can see the roles.

Does anyone know what I have done wrong / how to start again?

as Community product plan lozenge on the right hand shows you are on a "free" plan I'd wanted at least to share information about restrictions in Free plan.

I'm not sure if this is actually the issue. You say only a part of the issues from a software (Classic) project were imported and you cannot delete the project to start over.

Although it is tricky to say what is currently going on by just reading the description in Community and not able to see - yes, it might be the import was faulty.

In the first it could probably make sense to elaborate for some more time further out if there is just a few settings missing but from what you described I was not able to identify an apparent missing step - which does not necessarily means everything for settings is where it should be.

Which tooling did you use to bring the data in?
Did you follow this guide or some other one?

In case it was not some kind of temporary error, no measures will help - and you are enforced to start over here is some information: https://confluence.atlassian.com/cloudkb/reset-and-delete-all-data-from-your-cloud-site-691012037.html

Sorry it has taken a while to response, I wanted to make sure that I actually gave a few more details/ explained what I have done to get it working... as too often I find people just say "that fixed it" and then you end up looking around trying to work out what they did.

So there were two main issues that I ran into.

This was partly down to the account being a free account.  I did import through backing up the server and then importing it on the cloud, hence it created all my permissions for me, but didn't link up the groups on the user import properly,

Essentially I tried to delete it and it kept saying "Something has gone wrong" so I went to bed! When I logged in again in the morning it was completely gone, not even in the trash, therefore I presume that it was totally deleted when I deleted it - hence why it was complaining.

I did start over, as I wasn't sure what settings / projects I had and what I had messed up...

So To add in people, I had to go through  Settings -> System Settings: 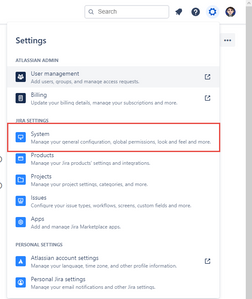 Then into Global permissions.  My first mistake was that it said "Project Role (administrators)", however my user wasn't in the project role (this would be shown in the blue block) - so I had to Grant Permission to "Browse users and groups" to "public" - this allowed me then to set the other permissions to groups which I have, so that we can then start to see the users and add them to the projects. 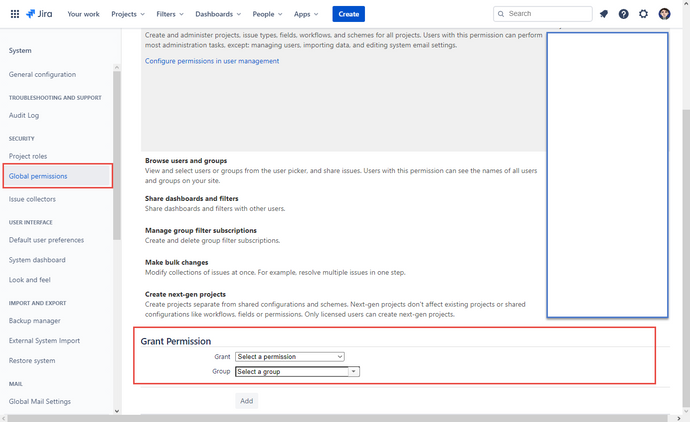 3) I couldn't see all imported issues.

So then I was able to see about 90% of the tickets created, however some were still missing, I created another ticket which showed that they were there - as the id of the new ticket was one higher than the last one added.

Therefore I went to the project settings: 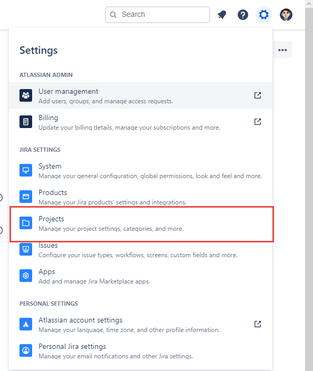 Then I opened settings on the project...

From here I could then see that, I had to be in the project role, but I couldn't add my self to the project role as it is a free account, nor could I change the permissions schema, nor edit it.

The only way I could then do anything was to upgrade my project to "standard".  You do seem to get a 30 day free trial of this, and it then allows you to edit the project schema.

Once I had done this I added the groups for permissions and everything started working again.  I had reverted to the free account after doing this, and the settings I changed did seem to stay that way. (phew)

Hi @Christopher Searle Since you are the site admin, should be able to course correct this by reviewing the permission schemes making sure the correct roles/groups have browse permissions and admin privileges. Then start fixing the users and roles.