How to sync fix versions in JSD from Jira Software? Edited

The versions in a given Jira project must be manually set in JSD as well.

If JSD doesn't have the same versions, A4J will not edit the support ticket.

Despite the log showing that it was successful, the support ticket's fix version field will remain empty.

This will only work if JSD has the same version added to the JSD project as in whatever Jira project issue is linked to.

Is there a workaround? 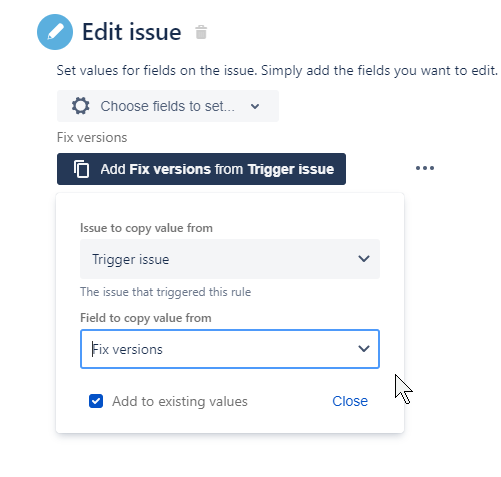 I was missing this: 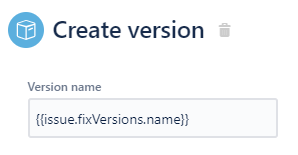 What is not clear is what happens if the fix version already exists.

If the version already exists, then we will just make the existing version available via the {{version}} smart value.  So further steps in your rules don't have to worry about whether it's a new or existing version.

It's actually a bit more involved than that. I raised a support ticket in your website.

The following scenarios are not working or cannot figure out how to do so:

I read the blogs and the smartValues to use on your website, but it wasn't working for me.

Hi Gil, did you solve your problem? I am struggling with the same scenario. As of now i cannot make automation to create the fix version in another project with the same name as was on the trigger issue.

I solved it by creating a workaround because Jira Software and JSD are not sharing the same FixVersion values.

You have to create a separate automation rule that does this:

It needs to be a global rule that applies to both projects. That means, restrict the rule to run only on the projects you need. Usually one JSW and one JSD. 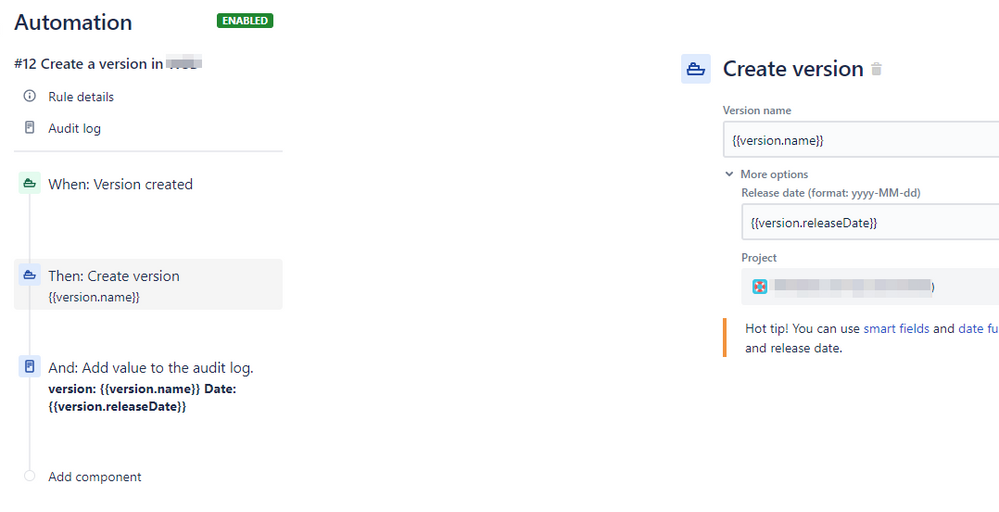 Once this rule executes, then you won't have an issue copying the fix version between your projects.

Mind you, this is not really copying, it is simply selecting a value from a list of existing values (fix versions) as long as your rule condition is met.

Usually, your rule condition is to "copy" the fix version if there's a mismatch between two linked tickets.