How to deal with short customer responses after closing a ticket?

We have a workflow in Service Desk, where the ticket goes from:
Open
Waiting For Support
Waiting For Customer
Resolved (when we close the ticket)
Customer Reopened (if we get a customer comment after it is closed)

From "Customer Reopened" we can then transition to any of several states.

The issue we have is that very often, the Customer Reopened state is caused by a customer replying with a "Thank you", or "Great. Thanks for handling this.".

This then means that we have to Resolve the ticket again, when it wasn't really reopened. It also wastes cycles. I'm wondering if anyone knew of either a plugin or a good set of rules for deciding if a response is really asking for something else.

Hey Benjamin, we had the same issue and initially turned the rule off that reopens tickets on customer reply, because most customers will reply with a "Thanks" or something via email.

Later on though I played with the automation some more and came up with this solution. If a comment is added that you don't want to reopen the ticket, such as "Thanks!" or "Thank you", add a branch for that. You have to set an action for Jira to use, so I just made it call a webhook to a random url that won't do anything. That way if they reply with thanks or something nothing happens to the ticket.

If they reply with something other that your exceptions though, the second branch will catch it and reopen the ticket. Or in our case, move it from "Resolved" back to "In Progress". 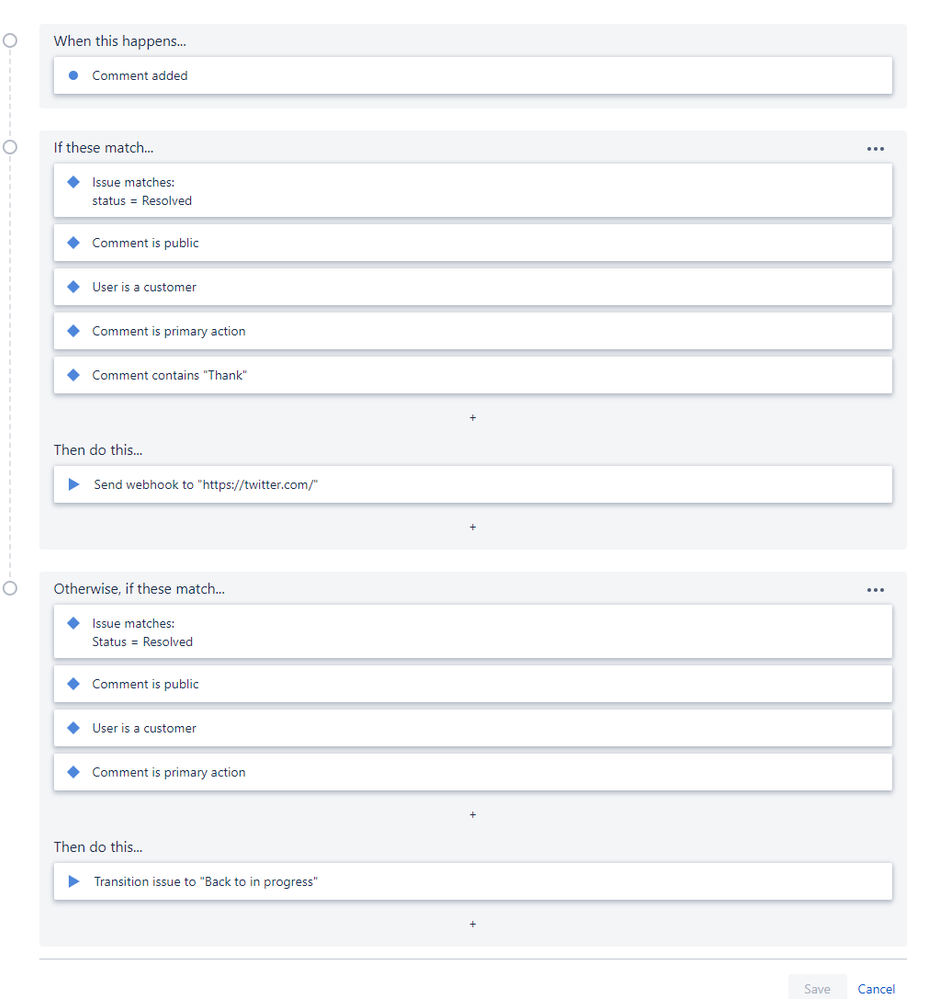 Excellent reply, exactly what I was looking for!