How do I change the text color for a JIRA panel or code macro? 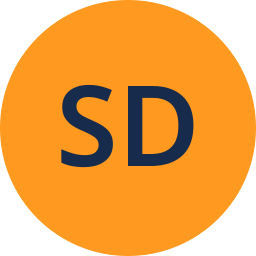 The example I want to achieve is green text on black background. E.g.:

The title color has changed which was unexpected as it is not defined in the "Text Formatting Notation" for "Advanced Formatting" (https://jira.atlassian.com/secure/WikiRendererHelpAction.jspa?section=advanced).

However, the text color in the body has not gone green. What parameter should I use for the body text color? Stephen - you have used the titleColor attribute - if you remove it the color should not change. For the text color in the panel just use the panel macro instead of the code macro and then you should be able to use the color macro (https://jira.atlassian.com/secure/WikiRendererHelpAction.jspa?section=texteffects) inside of the panel I guess.

Thanks Christoph for your response, however it does not quite give me what I want.

The above panel gives me part of what I want which is green text in the body. But the font of the title is standard (variable space) font rather than a mono-spaced font.

What I am looking for is both the title and body font colours to be controlled from the open {code} (or {panel}) macros as originally illustrated.

The {{titleColor}} was an accidental find while I was testing, and is something I was trying to do. It is something I would have expected for the body as well. I was surprised that the text notation notes did not advertise it as a parameter.

You're welcome - I guess you are experiencing the limitations of JIRA formatting... However you could try to include some style sheet e.g. in the announcement banner. Or use something like JEditor. Do you want to have all code macros formatted like this? Only in JIRA or also in the service desk customer view?

In JIRA as needed, not all the time. I might use it for a customer view.

It is something I would like to be able to do, but probably not in my current context.

If it is a limitation, then I think it is a suggestion to have it added to the options.

I am a typographer from way back so I would have expected that if you can change the background color (title and body) that you would also be able to change the font color for both places.

As for changing the style sheet, I do not have access to that.

Hey - how about contacting the Atlassian support and ask them about this formatting option - this way you can make sure that it is currently not possible and let it add to the suggestion backlog? I Know that this is old, but I figured it out.

That is a work around.

Nesting is an option in the meantime.