You may have noticed some recent changes to Queues inside of Jira Service Management (Star your favourite queues). Today I would like to introduce a powerful new feature designed to help teams manage their queues better; Team Priority.

We want to make sure queues are flexible enough for all teams. Team Priority allows team leaders to ensure that mission critical queues are always front of mind. This works in partnership with Starred, which allows Team members to promote the queues which are important to them.

How does it work?

How can I use it?

There is no right or wrong way to use Team Priority, but a good rule of thumb is that less is more.

✅  The less queues you have in Team Priority the more productive your agents will be.

What do I do now?

To help your team transition into the new structure, we have moved all your existing queues into the Team Priority section. This will keep your project close to the way it was before.

This means you need to take action for your team to start benefitting from increased productivity.

We would love to hear your feedback. Please leave a comment below, or feel free to hit the Give Feedback button into the product.

Please note we are rolling this feature out progressively, if you cannot see it in your instance today, it won't be long until you do 😃.

So essentially you will have a structure of

I'm thinking about how this can be used and I'm wondering what the big difference would be compared to the regular list of Queues (non-starred) and the Team Priority Queues. As an Agent doesn't have the permissions to re-arrange the Queues (besides starring them) don't the Queues already appear in the order which are more important to the team as set by the project admin?

It's nice that you can highlight these specific queues a bit more (by moving them out of the general/other list) and defining a focus on them for the all the teams working in the JSM project. I would indeed think that those would need to be more generic queues while "other" queues might be more process/team specific within the project.

I would love to hear how other users would implement this new type of Queue list in their projects.

I'm having a thought that it almost seems like this is needed side-effect from allowing agents to personally star their own most important queues, just to make sure that the team most important ones don't get lost in the noise.. I'll have to experiment with it :) 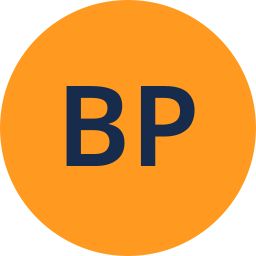 That is right @Dirk Ronsmans and your after thought is right on point. We want team members to be able to star what is important to them. But we want team leader to have the comfort that the team are also looking at what is mission-critical.

It's going to be different for every team. I too am excited to see how people approach it.