My current is department is doing an internal 21-Day Official Languages Challenge via their Confluence wiki, in honour of the 50th anniversary of Canada’s Official Languages Act. It s a milestone in our country’s and the public service’s history. 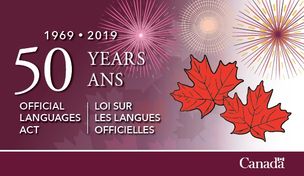 We have come a long way in recognizing our two official languages and in striving to use them each and every day at work (and at play). The 21-Day Official Languages Challenge is a great way to continue the momentum.

I have been participating in the 21-Day Challenge (hard to believe it is already week 3) and it has enabled me to keep my second-language top of mind and to make an effort to us it when my first language is more comfortable. 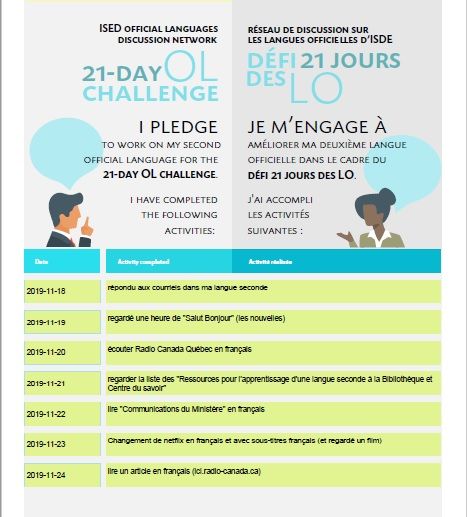 It is a bit like using your opposite hand when writing - you can do it but it feels awkward, is a bit slower, you may not write as nicely as with your other hand, but with practice it gets more comfortable. When I was in high school I played a lot of sports and broke fingers and a wrist in basketball and rugby. In order to keep up with my school work I had to use my right hand for everything. By the time I was finished high school I felt almost ambidextrous (not quite but close) and using my non-dominant hand was so much easier than it had been the first time I tried. Practice is key. 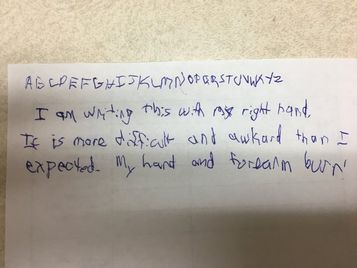 This 21-Day Official Language Challenge was so easy to launch via Confluence: just post and share. What other engagement and learning activities does your organization or team implement via Confluence?

I've been working on my French lately because I was definitely losing it. I hadn't heard of this holiday, though, so all the more reason! Your linked article is super helpful, too.

Thanks so much @Samie Kaufman - Your Gal at Gliffy that's great to hear, and I am glad you found my linked articlle useful. Maintaining my language is not something that comes easy to me, so it has been all about making small choices every day (eg. french radio in the car, or a podcast, or changing my netflix to french with french subtitles, watching the news in French or listening to some francopop singers on youtube, etc... Every little daily choice helps :)

I love that the  instructions for 23 Nov includes a reminder to actually watch a film not just change the Netflix settings.

Look at that! I just read something in French and understood it.

Thanks @Kat they gave us blank sheets for the challenges, those are activities I had done each day. That's awesome, maybe you will be doing a Language challenge next to improve your French :)