Sorry,  I'm so new to bamboo, our bamboo plan was setup to run on different branches, Named BatchA (124 tests), BatchB(100 tests) etc and of course, we got master  which contains all our tests (301 tests),

I made changes to tests on BatchA branch and i checked it into git then went to Bamboo point to BatchA to execute tests to see if everything is fine before i push it to master, after the test finished some of the test failed and showing status 'Failing on the master branch' which is not what i'm expecting as i'm on BatchA branch. Below is the screenshot, 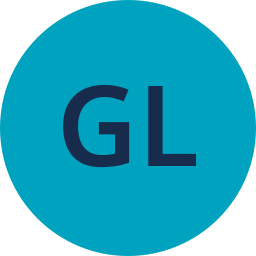 This information bascially states that given test also fails on a master branch.

The background on this issue is that, when you create branch from a master which has failing tests, your branch is going to have them as well, thus Bamboo indicate that those failures might origin from master.

@Grzegorz Lewandowski; thanks for the swift response.

Okay. but does it mean that the test failing on master would not pass on a branch (BatchA) created from the master when the failure already fixed on the branch, because i fixed the test that was failing before and it passed in my IDE but failed on Bamboo.

I'm now wondering if that's why is failing as the fixed is not in master yet? only on branch BatchA. Thanks

TBH, I have troubles understanding your question but generally speaking:

* If test is listed on test failures, it means Bamboo detected a failed test and reports it on given branch, within given plan run. It doesn't matter if the test is running sucessfully on your local machine, it failed on Bamboo agent.

If you had failing test, created a branch, fixed it locally on a branch, pushed to repository and Bamboo states it's failing a that branch, it means the test failed on Bamboo agent again. It doesn't matter it was green on your local machine.

@Grzegorz Lewandowski. sorry for the troubles and thanks for your response.

Okay, Based on your above answer, does it mean that when i run tests on branch created it running master tests at the same time, or the test report showing 'Failing on the master branch' is the old tests report? is that make sense?

Bamboo as any other CI is just a tool which runs the cofinguration you asked it to.  So I believe on branch A Bamboo executes test which are on branch A, unless obviously you have some scripts whith change this behaviour.

@Grzegorz Lewandowski. Okay, thanks very much for your answers. very helpful.

G’day Bamboo customers, As we approach GA for Bamboo Data Center , we would like to inform you that the Data Center Apps Program for Bamboo starts this quarter. How long does it take? We are g...