I have a subtask issuetype called lock, which has backlog - in progress and done states. This issue indicates if the parent (task, history, bug, etc) contains locks.

Inside the parent there is a field called blocked which is a selection list with the yes and no fields.

I would like to generate an automation that indicates the following:

It might be simplest to create a couple of automation rules to achieve this.

Here's an example of what the first rule could look like. 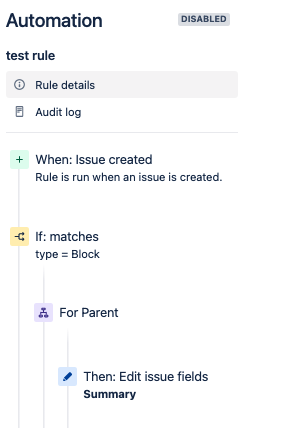