Struggling with Automation that updates a linked issue 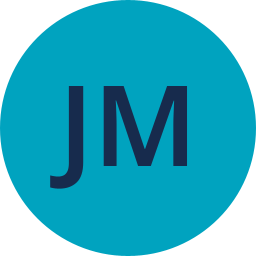 Our Production Support project tracks all of the issues that come from, you guessed it, Production. We've got a team that will then create issues in other projects to resolve those issues. So there will be a PS-XXX ticket and then an issue (ABC-XXX) for the dev teams to work on. A link is added to the issue in the PS project (usually 'is caused by') to that ABC-XXX issue.

The request I've gotten from the PS team is that they'd like to have the PS issue updated when the status of the linked ABC issue changes. More specifically, if it is either 'in Progress' or 'Done' then they want to have the PS issue change to that status as well. (Although if this makes the whole bit of automation way more complicated, I'm not too concerned about having it trigger on only specific statuses)

I've found plenty of questions here in the Community about transitioning issues based on status, but I haven't found one yet for this particular use case. I've put some automation together based on something similar I did for Epics (updating the Epic status when a child/user story is updated) but I haven't been able to get it to work.

One other thing of note - the PS project is not a software project. It's a JSM project. I'm not sure if that matters but I did want to mention that. I'm attaching a screenshot of what I've got configured currently and would be really grateful if one of you kind folks could get me going in the right direction.

From my point of view the rule in your screenshot looks pretty much how I would try to solve this. 3 points that came to my mind:

Hope I got your requirements right. Would be happy to have this tested with the above mentioned suggestions. From my point of view this should do the work.

Looking forward to your feedback.

Sorry for the very late reply. Your first bullet point fixed everything. It's working now. Thank you so very much! This was so helpful!!

Branch 1 - Transition to In Progress

Then add an action to transition to In Progress

Then add an action to transition to Done