Rule tries to run action twice per trigger. Why? (When assigned, transition issue)

I'm working in Jira Server, using Automation for Jira Lite to create what should be a very simple rule:

However, when I assign an issue, the audit log indicates that it tries to transition the issue twice. Why is this happening?

At first, the rule was just two components, the trigger and the action. It would return two status entries. First:

Success. Transitioned issues to In Progress

Then the second status:

No matching transitions could be found for issues (with current status):

Apparently, it's reporting an error because it can't find a transition from "In Progress" to "In Progress" when it attempts to run the transition a second time.
Screen shot with example of these back-to-back log entries. 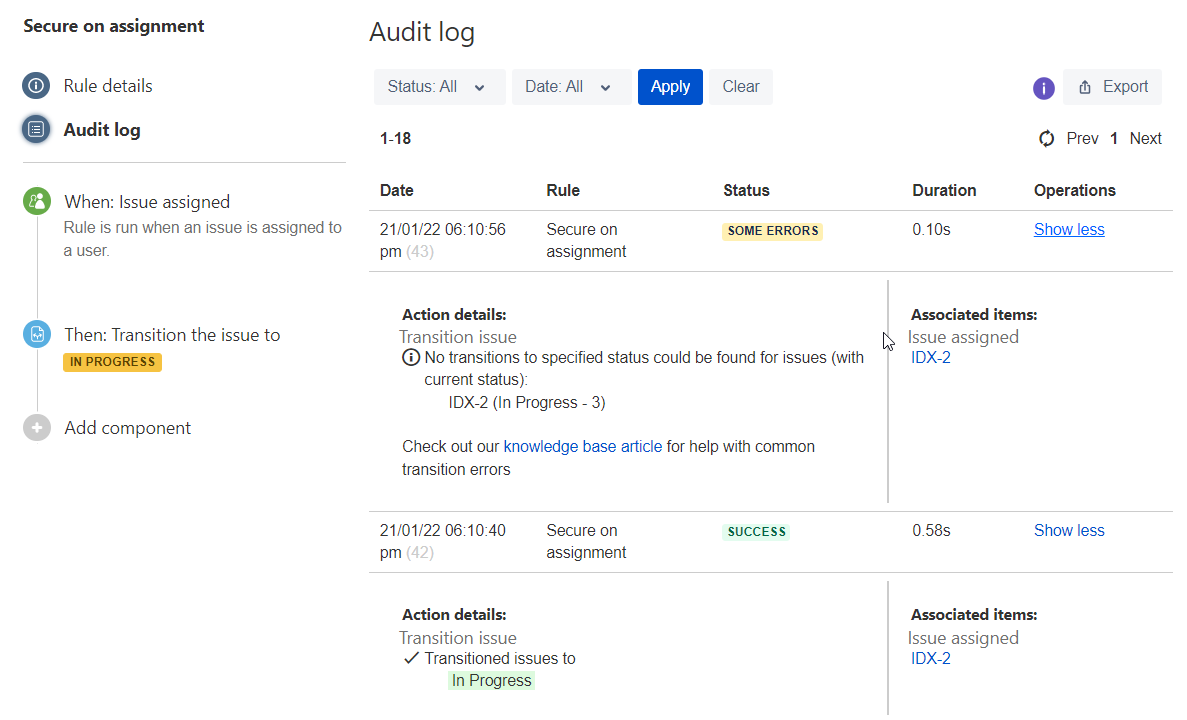 To verify it really is trying to run the action twice, I added a condition: only run the transition if the starting status is "To Do."
Now it returns two statuses again. First it transitions the status successfully, like before. The second status is no longer an error--it just reports doing nothing, since the criteria to run the action wasn't met when it tries to run a second time. 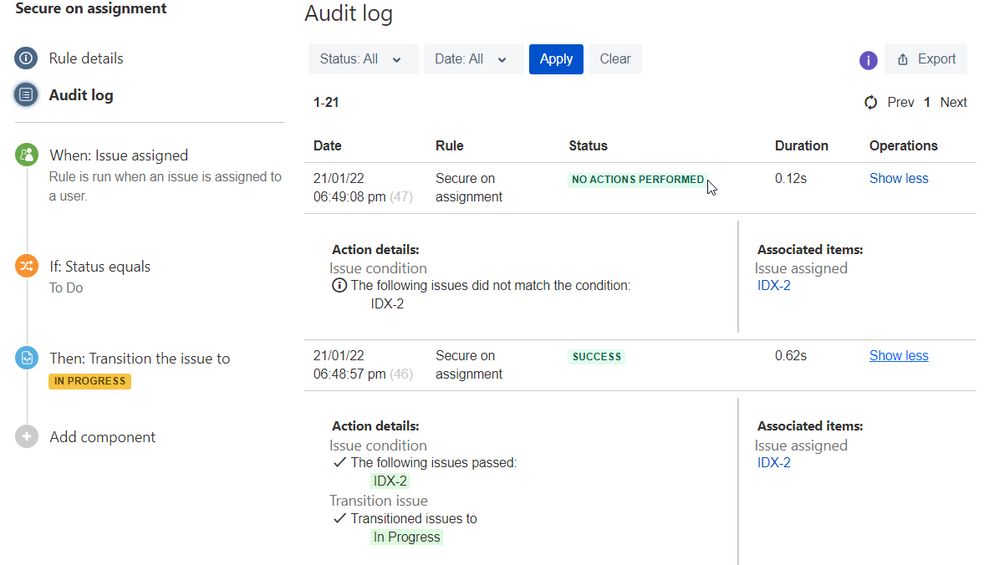 Stuff I have already checked:
While I could in theory leave it "functioning" like this, I'm not happy leaving an unexplained behavior in my production. So what is going on here? Why is it running twice?
(Edited for typos)
Answer
Watch
Like Be the first to like this
311 views

I changed the actor to our other admin. (To be clear, I do have permission to transition the issue myself, but I assume you meant change it to a different person who also has that permission.)

To my surprise, changing the actor has resolved the problem!

Thank you!...But also...WHY? Can you explain what caused the problem and why this fixed it? I do not have this problem on any other rule where I left myself as the actor.