I am trying to change one of the fields' values at the initiative level we created whenever a field at the epic level (child of the initiative) is updated.

Any help would be appreciated 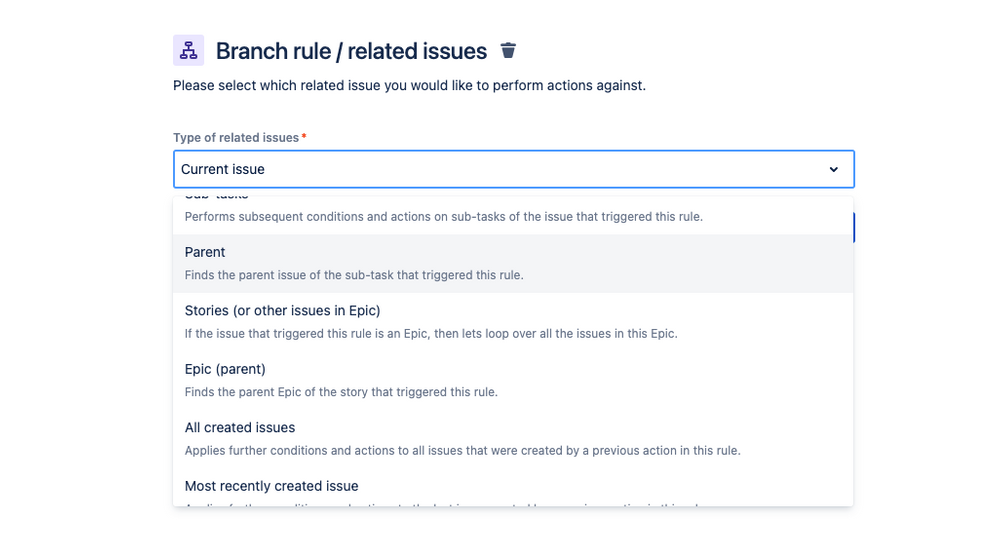 You are correct that those other levels are not supported by-name in the automation actions/branches...yet.  Instead you could try to branch on JQL, for example:

Thanks @Bill Sheboy
question, if I need to check something on a specific field at the initiative level
can I use {{triggerIssue.parent.custom field name}} ?

Often that is not possible, because the rule would potentially need to load all of the data for any linked issues in a chain...even if not needed.

Instead you could use a branch to that parent to access the data, as I suggested for the edit, or Lookup Issues with the same JQL.

Please note this gets more complicated if you needed to update the trigger issue (e.g. epic) based upon something learned in the parent (e.g. initiative).  For Jira Cloud automation, the possible work-arounds are to use Lookup Issues or Created Variables to save the information first.  For example: