So i'm trying to automate the release notes and create a confluence page once new release is created. page is created however i'm having issues updating the page since it requires an increase in version number for every ticket in release and only the first ticket will be updated. 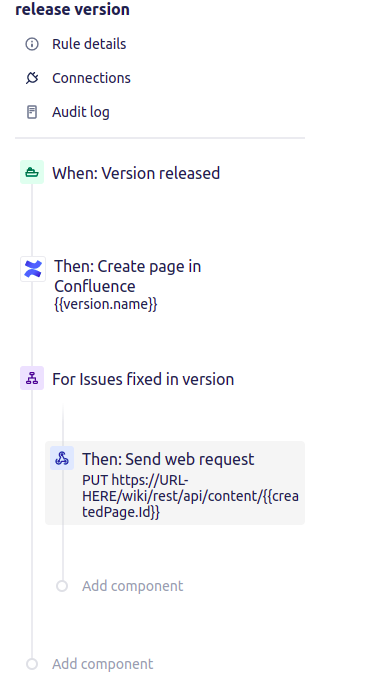 The first ticket that is found will be updated but the request will be rejected for every following ticket since version number needs to be increased by 1.

I have tried by searching with JQL latestReleasedVersion(), but it's bascially the same, every time it will try to  update the page multiple times for each ticket and fail.

However i'm using older jira version without JSON parser and just can't seem to figure out how to update the version automatically or get all the tickets and update the page at once.