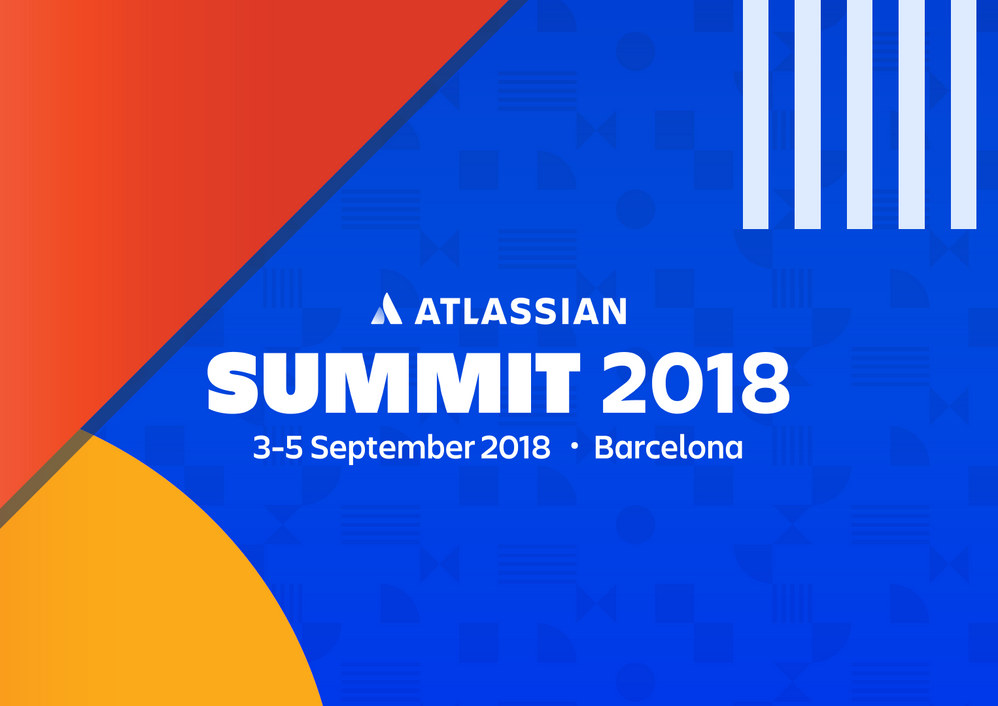 The Atlassian Summit is the biggest annual live event dedicated to the worldwide user community of Atlassian software. We're proud to have been sponsoring it for the third time in a row and debuting under the new Deviniti brand this year. During the recent event in Barcelona, plenty of new product launches and major updates were announced by Mike Cannon-Brookes, Scott Farquhar and Atlassian product managers. If you couldn't make it to the event, or just want to have all the information in a single place, here's the comprehensive report on these breaking news.

The company's value on the stock jumped up high in October 2017 after publishing their 2017Q1 revenue, which was better than expected and impressed the investors a lot. The Cloud development strategy enabled frictionless scaling and was giving its fruit through the next 3 quarters, resulting in 39% growth for the FY2018. But the truly amazing part of the story started at the end of July 2018, when Atlassian announced their partnership with Slack and thus discontinuation of their enterprise chat solutions, Stride and HipChat. The decision to step off the corporate chat market was perceived as a surrender by some part of the users, but it turned out a highly strategic decision for both companies:

Modern software is developed more rapidly than ever, delivered over the Internet via SaaS or subscription and often hosted remotely. Such distribution models force developers to maintain and fix their products and the whole infrastructure as well, while overall IT downtime is estimated to cost businesses $700 billion per year in North America alone. Because of that, the IT operations software market has been growing during the last years and won't stop any soon - it is even forecast to expand to $38 billion by 2022. So there's not so much surprise that Atlassian turned to this direction.

One of the reasons we withdrew from the communications market is we see a much, much, much bigger prize for us in IT, said Scott Farquhar to The Australian Financial Review.

As the acquisition growth model proved effective last year with Trello, Atlassian purchased OpsGenie for $295 million, developed integrations with PagerDuty, xMatters, Slack, Statuspage and the Jira family, and packed them all into a single Jira-based incident management workflow called Jira Ops, which Scott announced last Tuesday at the Summit keynote. Here's how it looks like.

So basically, with all these tools connected, Jira Ops covers each part of the process - from alerting the team, through real-time collaboration on fixing and notifying the customers on the progress, up to creating post-mortems and reporting. As Head of Software Teams Jens Schumacher stated, Atlassian has been building these tools for its internal teams over the years, and now the company is essentially turning its own playbook into a product. Being positioned as a 'unified incident command center', Jira Ops is meant to unite development teams who use Jira, Service Desk-based support teams and operational staff using the other abovementioned tools as a standalone. This is a smart move by the Australian duo, by which they are going to compete with ServiceNow for a market share in the IT segment. The new product is now available for a beta early access program and will be released publicly in early 2019.

Somewhat unnoticed and pushed to the side by this big news, Atlassian partnered with InVision as well a couple of days before the Summit. Inspired by the Unleash the potential of every team motto, both enterprise software giant and the rising star of design and prototyping from Madison Avenue will now integrate their software even closer to enhance the connection between designers and developers. More details are to be announced soon, but even now it's obvious that this partnership will strengthen InVision's position against Sketch and Adobe in the cloud segment.

As a result of all these changes, Atlassian beat yet another stock record with almost $100 per share on NASDAQ, enjoying an $8 billion fiscal year. Mike Cannon-Brookes and Scott Farquhar placed 5th on the Australian richest people's list with over $8.7 billion worth each. 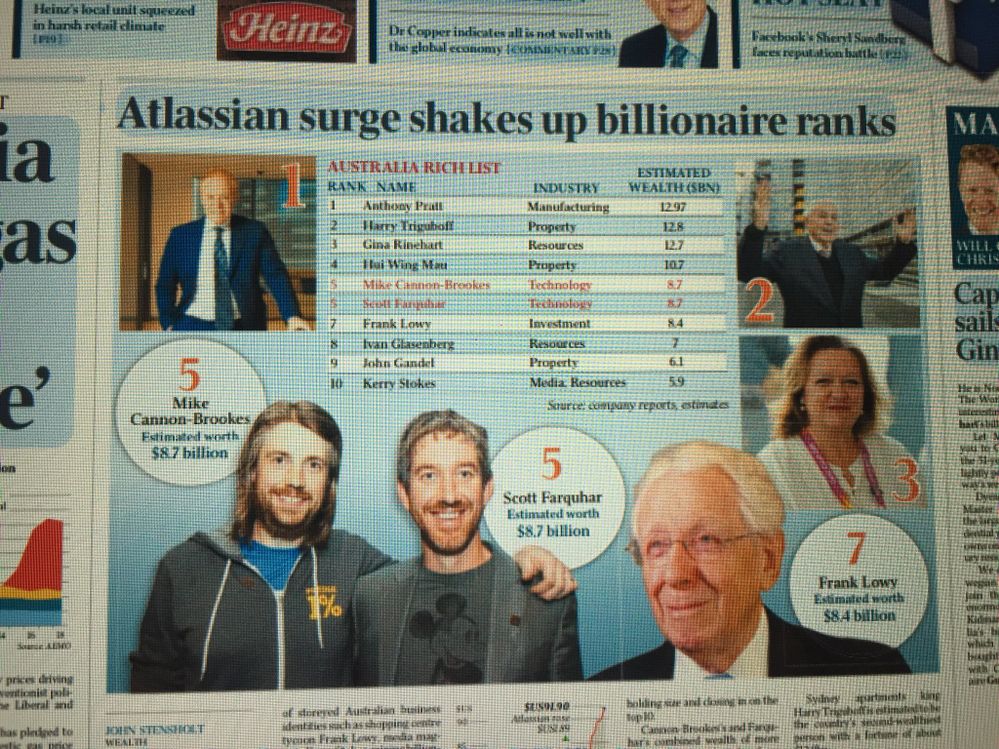 We are very happy to share all this news as a Platinum Solution Partner, as the Ecosystem grows along with Atlassian themselves. According to their CTO Sri Viswanath, Marketplace vendors note about 50% year-to-year growth as well, making a total of $500 million of lifetime revenue and $200 million from the last year alone. It's great that we can contribute to the Atlassian Ecosystem as a Platinum Top Vendor, and the new integrations and partnerships open the door for new companies to build their businesses on top of Atlassian as well. 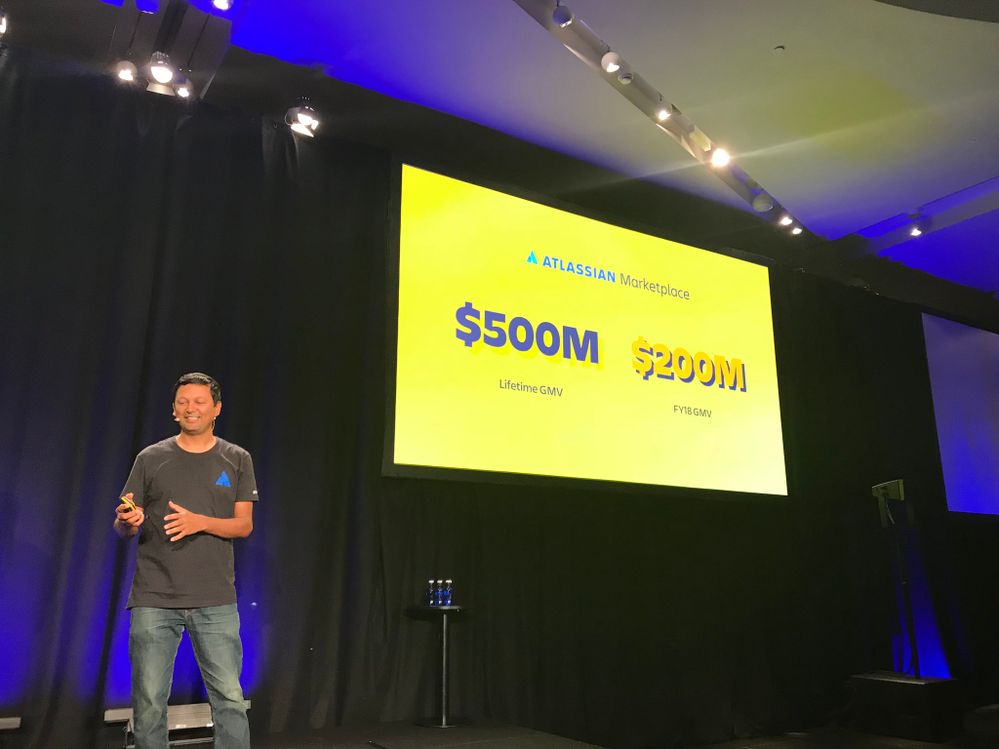 Cloud is still a priority for Atlassian, and Data Center is the new one

As part of their successful strategy, Atlassian has been doing everything to put their customers to Cloud so far, including shipping the new features and UX improvements to this hosting option first. One of the biggest improvements of this year was the new Jira experience with a UI inspired by the bento box (we wrote about it in our Atlassian App Week review). The new UI is gradually transferred to Server and Data Center and will be further tweaked in order to make Cloud experience similar for different applications, as Head of Product Management Anu Bharadwaj explained during the keynote. However, there wasn't information provided about technical aspects like Markdown support in all products, but we can still hope for this one as well.

As a next step, the Australians are now trying to bring a part of the enterprise segment on Cloud. In order to achieve it, Jira and Confluence Cloud license limit is about to get raised from 2,000 to 5,000 users with a 20-25% performance index increase at the same time. To ensure data security and privacy, the team made their Cloud tools GDPR compliant, achieved three different ISO certifications for Jira and Confluence and SOC 2 Type II for Jira, Confluence, and Bitbucket. A couple of new data centers in Ireland, Sydney, Frankfurt, and Singapore are about to be launched to maintain the growing Cloud customer base. In addition, Atlassian Access has been launched, which is a native user management tool for all Cloud products, including Trello in the nearest future. Atlassian Access will allow automatic user provisioning from Okta and Active Directory to make user management at scale nice and easy. 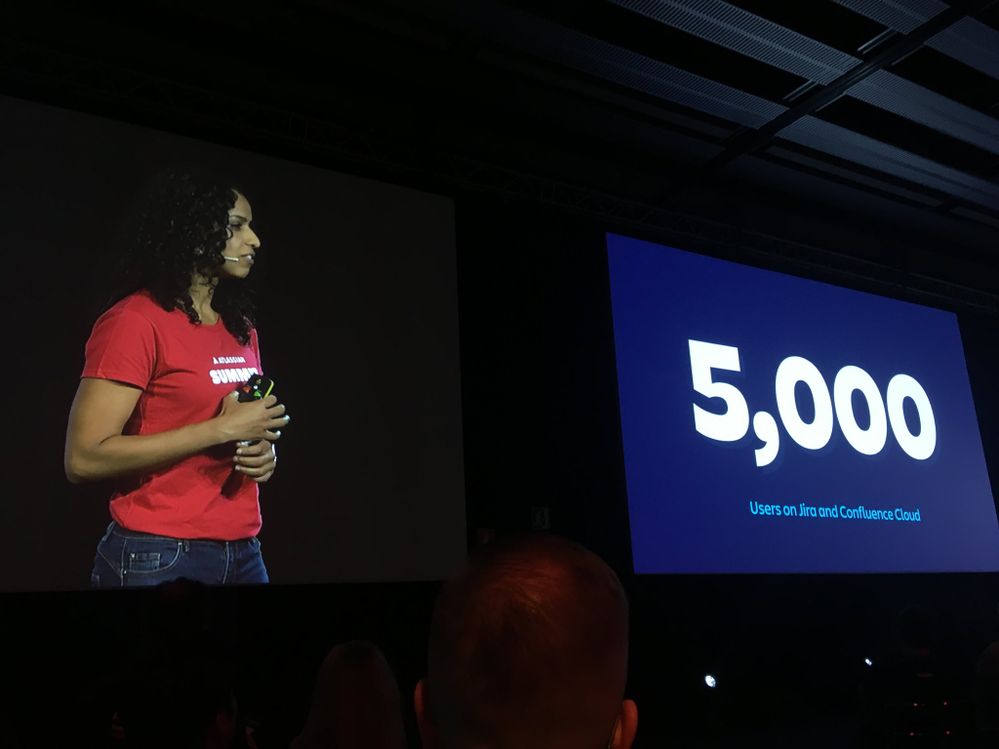 Some amazing statistics about Data Center were provided by Head of Server Business Cameron Deatsch. As more and more Atlassian customers scale their businesses, their instances also grow rapidly. Right now, Atlassian’s 100 largest Server and Data Center customers are collectively managing over 90 million Jira issues. One of the largest deployments of Confluence has over 10 million pages, and one of the largest Bitbucket customers hosts over 57,000 repositories on a single instance. Because of that, many enterprise customers have chosen to migrate from Server to Data Center and start caring very much about performance. Atlassian is addressing these needs with project archiving for Jira Software and Jira Service Desk, giving 25% increase in product stability, and Confluence’s Hazelcast cache service upgrade, resulting in a 30% decrease in the page loads. As a result, a heavy Jira backlog's load time has dropped from 9,5 seconds to just 3 seconds! Over time, more features have been shipped specifically to Data Center products, including AWS and Microsoft Azure support, SAML Single Sign-On and ZDU. This was another reason for making the DC customer base grow exponentially. 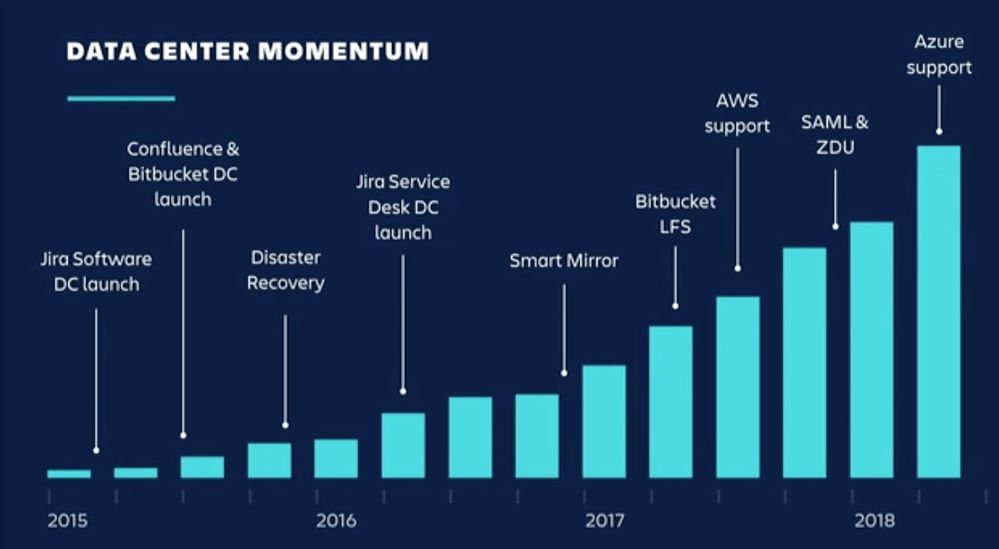 Apps for Data Center are also a significant area of development, as statistically, Data Center customers have 1/3 more apps installed than Server customers - up to 71 apps per instance. To ensure perfect compatibility and consistent performance, Atlassian has launched the Data Center Approved program for Server apps. Such apps must pass a technical review and give satisfying performance and scalability testing results. Over 75 apps from top vendors got approved for Data Center as launch partners - among them were Tempo Timesheets, eazyBI, BigPicture, Structure for Jira and our own Extension for Jira Service Desk. For now, there are over 100 of these apps, and more will be approved on an ongoing basis. Data Center approved apps will follow the same annual subscription model as the host products, and from next September, Data Center customers will not be able to renew maintenance for Server versions of apps for which there are Data Center approved versions.

As a result of prioritizing Cloud and Data Center branches, numerous migrations and the current sales strategy, Server products have lost around 30% of customer share. This number is forecast to even increase in the upcoming year.

As implied by striving to migrate enterprise customers to Data Center and eliminate the upgrade credit, Atlassian is to increase prices for Cloud and Server product lines. With a lot of R&D investments and increased product value over the last years, Server prices will feature a 25% increase on user tiers up to and including 500 users, and 15% on user tiers above 500 users, excluding Fisheye, Crucible, Atlassian services, all Data Center products, and Starter tier plans. For Cloud, there will be a roughly 10% increase on user tiers 101 and above, depending on the customer's exact user count, excluding Jira Service Desk, Bitbucket, Statuspage, Trello, Access, and Marketplace apps. The effective date of the price increase is October 12, 2018.

Read the second part of the report to learn about the updates announced by Atlassian for their specific products.

Please move this article to the Summit section. Thank you.