I know there are multiple issues reg. this topic but non of the points helped me and I must say after spending now roughly two weeks that it is the best Roadmap Plugin for Jira but it has crazy flaws regards to making clear which and why issues are missing.

I am struggling with multiple missing issues first being that new top level Issues (called Demand) are not visible when they are created unless they reached a certain point in the workflow.

- We don't use releases nor teams 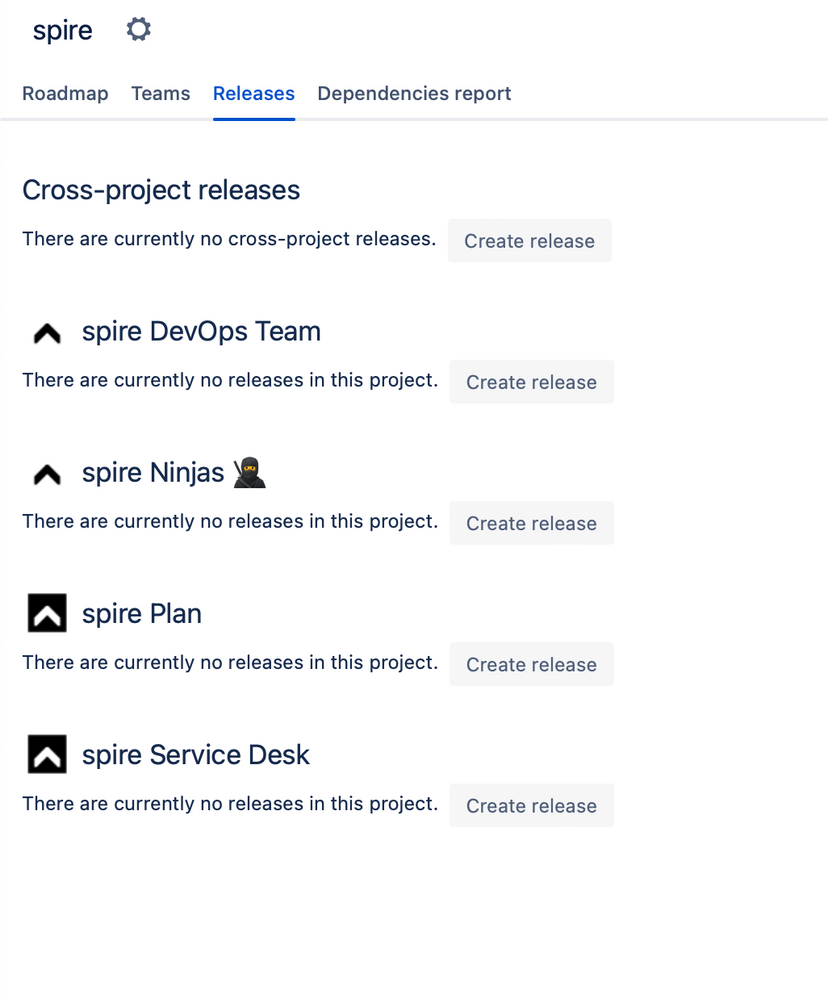 - There is no additional UI Filter set on the Plan 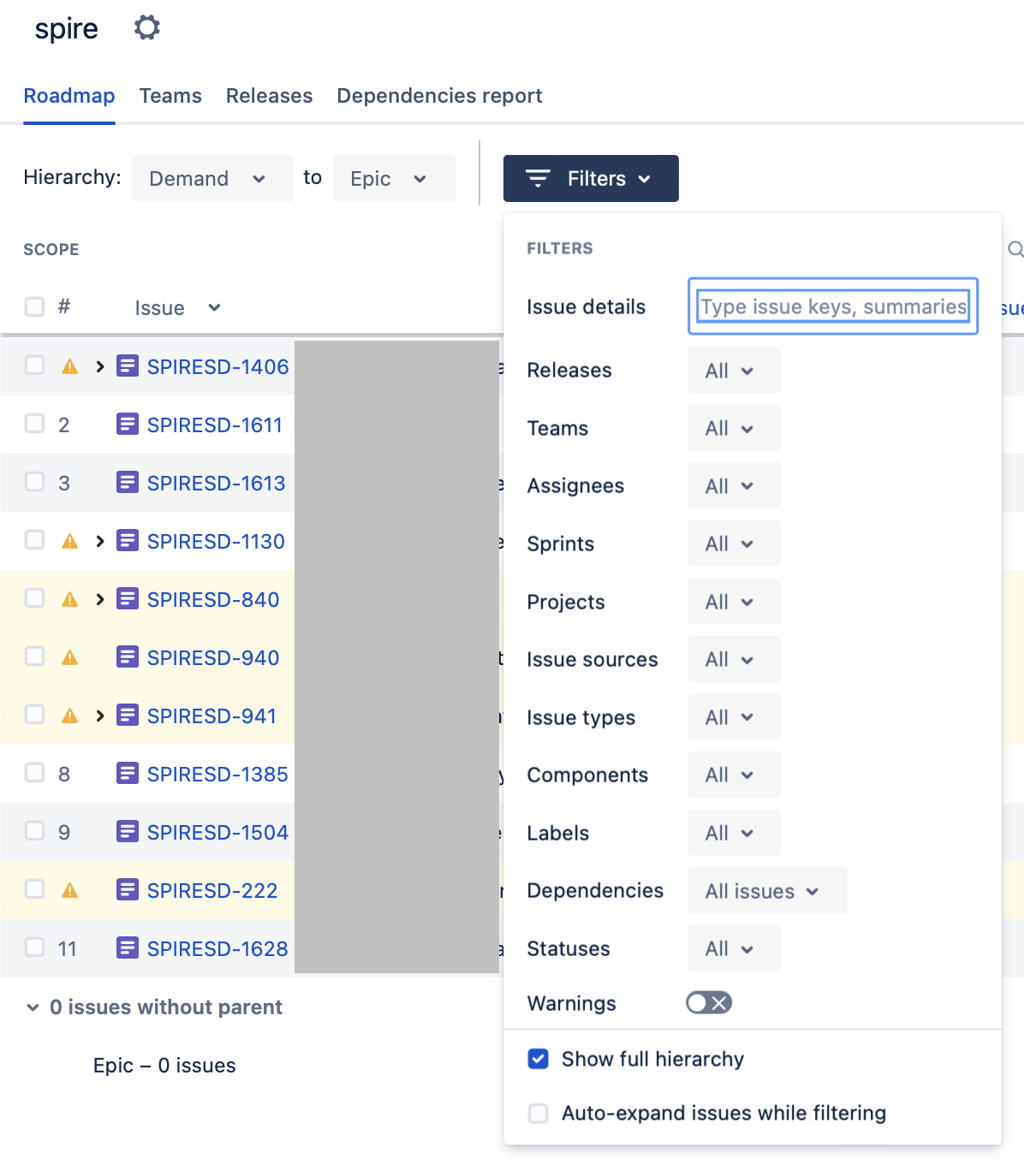 - I x-checked it multiple times and the Issue Source (filter) contains all relevant issues, also this can't be the problem as the issue appears once a certain status is reached

- No status is excluded in the setup

And now here the issue, once pre and once after transitionining from ACCEPTED > IN PROGRESS. Once the status is IN PROGRESS or DONE the issue is visible, ACCEPTED not. Also, as u can see the Resolution field is available. 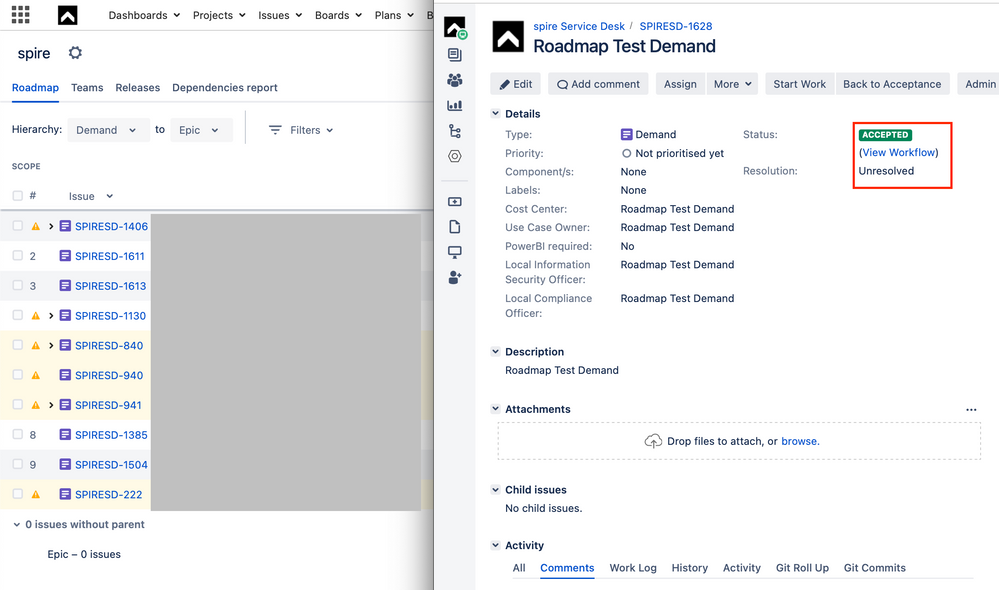 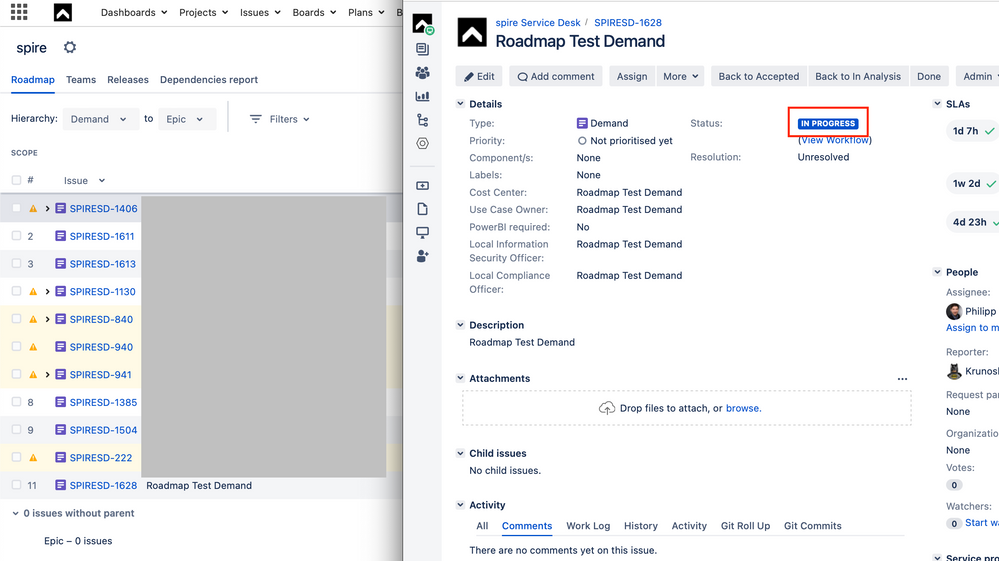 Does anyone have an idea?

Found the solution with the help of this entry:

Issues in a "Done" category status need to have a resolution set. Accepted is a status for us which is a mid-done. Well I just changed to "Open" and this fixed it.