One of the senior team pointed me to this which I've read before, but it was good to see we're on the same page.

Advanced roadmaps don't seem to have 'Themes' though - am I missing something?

I believe this article explains what happened to them: https://community.atlassian.com/t5/Advanced-Roadmaps-questions/Are-Themes-available-in-Advanced-Roadmap/qaq-p/1470633

I would quite like to be able to group and view work items by 'Themes' - I'm thinking we can just use 'components' to tag Epics. Can anyone see any glaring problems with that and/or offer us some pointers on the use case?

Many Thanks in advance

The concept of Themes still exists in the older "Live Plans" interface of Advanced Roadmaps, but is not present in the new interface. To understand the reasons for this it's worth digging a little into the history.

When we were developing Portfolio 3.0 we had several objectives. Primarily we wanted to simplify the planning experience and make it possible to construct a roadmap without needing to rely on data fed into the scheduling algorithm and we also wanted to remove concepts that were not accessible anywhere else throughout the rest of Jira.

So we made the decision to remove fields like scheduled dates, stages, still and themes. The thread that you've linked actually contains an inaccuracy - we didn't replace themes with hierarchy, additional hierarchy levels already existed in the Live Plans interface.

Originally we wanted to replace the value provided by themes with reporting based on custom fields (which would be accessible on the Jira issues) but unfortunately that was descoped from the initial release of Portfolio 3.0 and we are yet to add this feature to to changing priorities. Our aim is to replace the reporting capability previously provided by themes but at the moment I'm unable to commit to when we will do this.

However, you can still access themes if you switch your plans back to the Live Plans interface (which you can do through the plan configuration).

So there is no problem in using components or a custom field to help you classify work into themes, but the reporting functionality does not yet exist make use of it.

This helps a lot, thanks very much for taking the time to explain the background for me.

I'm going to explore Advanced Roadmaps some more but I'll try the live plans interface, I did read about it.

It's a shame that reporting based on custom fields didn't make it in to the release but fingers crossed for a future release!

Definitely keen to see this feature come to life. Themes where we have a many to many relationship would be a big help.

Looks like you can group by Components - and you could use components instead of a custom field, right?  Or is "grouping" not the same intent as you have with reporting?

Thanks for the explanation Dave. The ability to have reporting similar to Themes at the Component or Custom Field level will certainly be useful.

Just looking at Cloud version - reading this thread, wondering if you made Strategic Themes the highest level issue type and linked your initiatives and features if that would help with grouping.  Have not played around to know if this would work... 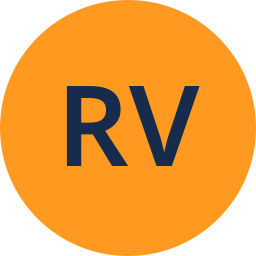 I would also really like to see Themes in Advanced Roadmaps. We look at features by origin, like Enhancement Requests, Strategic Initiatives, Competitive Gaps, etc. This does not always line up with the hierarchy we use for roadmaps. It would be great if we can report on it independently.

Why should you not use labels for this? You can also group on the labels in the Advanced Roadmap

If Themes are not available anymore, it would be really useful to be able to group by custom fields b/c using Labels as suggested above could be confusing. and I suppose we can build our own report using the custom fields which would replace the old Theme's report. 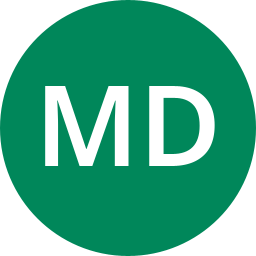 We could also use the themes functionality with many to one on an issue.  It would be great to have this for advanced roadmap planning and not have to add a custom field to every issue type screen.