3 short videos to help you get started with Advanced Roadmaps

I’m Roi, a product manager working on Advanced Roadmaps for Jira. While Advanced Roadmaps is a powerful tool to plan and track work at scale, we know it can be challenging to get started. Some of you have reached out, wanting to learn more about best practices, so I’ve created 3 quick videos to help you set up your plans for success.

If you have any follow-up questions to these videos, please leave a comment below. We’re here to make your planning experience with Advanced Roadmaps as smooth as possible, so if there are any other topics you’d like us to cover to help you get started, let us know in the comments.

In these videos, I’ll show you how to:

Set up your teams for effective capacity planning

Thank you for the post @Roi Fine ! I think it's time to Subscribe to the Atlassian YouTube channel, so I will start receiving some updates. A small request, can you turn this into a playlist, so that it would be easy to find them under playlists section.

It would be great to generate priority in addition to tracking priority.  Is there scorecard functionality, or something like that, available to enable auto or semi-auto rank-ordering, prioritisation?

Thanks for your feedback! You can sort your issues by the priority field to communicate and track priority.

Let me know if that helps,

The videos were taken on Jira Cloud, Premium edition. The Server/DC interface is a bit different but the same concepts and steps apply to both deployments.

Let me know if you got further feedback or questions.

Again, I want to go beyond just tracking priority.  Is there a way to automatically generate priority (e.g. based on scorecard functionality, like productboard does, as I understand)

Our Premium free trial is ending, and we are making a tool decision by Friday. 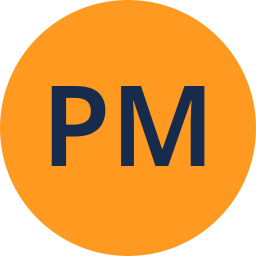 This sounds like it might be a good use case for our Jira automation functionality. You could set up rules that trigger on issue update or issue create, check the values of certain fields, and then set the priority based on those conditions. Cross-project automation is also a Jira Software Cloud Premium feature and you can read more about it here: https://www.atlassian.com/software/jira/features/automation

Our Premium free trial for Advanced Maps is expiring July 31, and we are just launching a large, new, greenfield program.  So we have more context to apply to our trial/PoC.

Could we please get a trial extension for two more weeks?  Since our tool selection criteria has drastically changed, and we need more time to evaluate.  Otherwise we have to make a rush decision in 2 days.

Thanks for the videos. Questions re: "Set up your teams for effective capacity planning":

1) if a team is assigned to multiple stories/epics across multiple projects, is there assumption that the bandwidth of the team is split uniformly? Or is there a way to specify bandwidth allocation per project vs time?

2) is team's capacity (pts/sprint) entered manually or can it be automatically determined from the past?

3) is there a way to do the capacity planning per individual, not team? (I guess workaround would be to create multiple teams of one, but seems quite an overhead).

4) is there a capacity report to see which teams are over/under allocated vs time?

No worries, I'll try to answer your questions:

1. Nope, there is no way to specify bandwidth allocation per project. In general, the capacity for a team is calculated per sprint/iteration of the team's Jira board (which can have issues from multiple projects).

2. The team's capacity is entered manually, but you can access the velocity report in Jira to get an insight into what the velocity is.

3. There is no dedicated feature for individual capacity, you can group/filter by the assignee field. This could give you visibility into issues assigned to each person.

4. There is no dedicated report per se. But you can share any view (including the capacity view) via a link (we're adding more sharing options soon).

Let me know if you got any further questions.

Unfortunately, I can not figure out why this is not functioning. We have about 300 users on a standard Jira and I'm demoing to executive teams to convince them to move to premium. All I need is a little help and no one at Jira seems to be able to help. I get copied and pasted messages from your documentation which is incomplete at best. These videos also don't provide any level of detail.

This whole concept of internal/external teams and sprints is not clearly explained. And why would you even do that?

I've tried sourcing my issues from projects and I see only projected sprints. I tried sourcing my issues from boards and now I don't see sprints at all. also, each project was assigned a team, except none of the issues from the respective projects are associated with their teams. I've tried a dozen setups and have spent 2 weeks researching and reaching out Jira. The only thing I get is "customer advocate" that will email us every other asking us if we need any help, then never responds to our messages.

I'm sorry to hear about your experience so far. I'll be happy to chat and try to help. You can use this link to book some time with me - https://calendly.com/rfine/30min

@Roi Fine On the books. You made my day. My demo is today at 5pm to CTO of the company.

@Roi Fine You had me pick a time from your schedule, you booked time on my calendar, then you didn't show up to your own meeting. Not okay.

Apologies @ali_alavi, due to the time difference between your time zone and Australia's you created the meeting at 3am (whilst I was asleep) to start 5 hours later and didn't see the invite until I started work at 9am. I've adjusted the settings to avoid this happening in the future - My team is happy to reschedule though. We are trialing Premium right now, and I am wondering if there is a way to get dates to roll-up to the Project level, or if this is something that might be coming out with a future release?  Each of our Jira Projects are "true projects" with definitive start and end dates.  It would be great if we could show that at this high level to our Corporate Staff, instead of having to show the dates at the Epic/Story level.  My current band-aid is I created a Project in Jira with an Epic for each project in our company, and the start/end dates for each project, to show the full Corporate Roadmap.  But, it would be great to not have to do that extra level of work and to be able to just pull in all existing projects into my Roadmap, and have the dates from the Epics/Stories roll-up to the Project level. 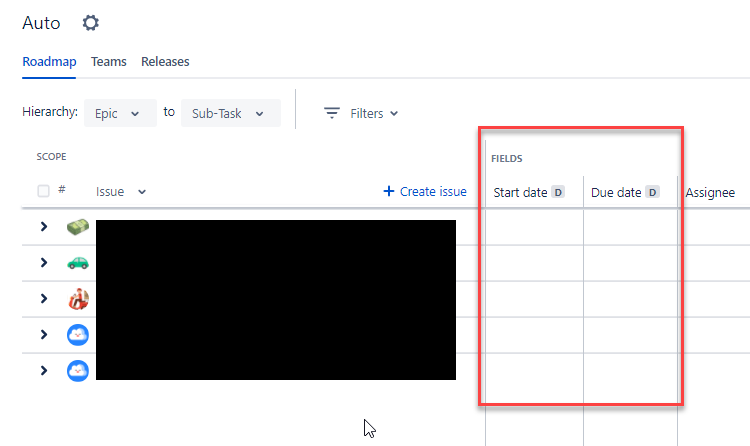 Great question! Unfortunately, that's not possible. We built Jira's projects with the purpose of being containers of work and not real projects with start and end dates. The issues in the Jira project are the "real" projects :-). If you are looking to roll up epic dates to a larger scope of work, I would recommend you to create an additional level of hierarchy above epic. Once you did that, you could link the epics to the higher up hierarchy and rollup the dates in your AR plan. Take a look at the second video in this post for instructions on how to configure an additional level of hierarchy above the epic. You can also check this doc.

I hope that makes sense,

Please let me know if you got any questions,

We are implementing Advanced Roadmaps using Jira Data Center. The hierarchy is not working as expected, ie I can add/edit/see the parent link from the Epic screen, but cannot see the correlating Child issues on the Epics parent (we've named it Portfolio Epic). Advanced Roadmap configuration was set up exactly the way you highlighted in your video...

I can manually add the parent link from within the Jira Epic issue, but cannot drag and drop or bulk action update any Epics parents to Portfolio Epic from within the Advanced Roadmaps plan itself.

Seems that this has been an ongoing issue?? See the following post: https://community.atlassian.com/t5/Advanced-Roadmaps-questions/Parent-link-updated-but-Portfolio-for-Jira-showing-hierarchy-and/qaq-p/1148438

Can you provide any insight on this as I cannot find any other information via the Community or any other online locations.

Removing my previous answer because I now realise it was actually incorrect - apologies for any confusion.

Sorry to hear you're having some problems getting up to speed with Advanced Roadmaps.

I'll try to troubleshoot this but it's quite hard without having a look. You mentioned two problems:

1. You cannot see the correlating Child issues on the Epics parent in Jira issues

2. You cannot drag and drop or bulk action update any Epics parents to Portfolio Epic from within the Advanced Roadmaps plan itself.

Did you make sure to map the hierarchy levels in Advanced Roadmaps settings? -

If you did, then I might need to have a look. Please feel free to schedule time with me in this link -  https://calendly.com/rfine/30min

You can also review the docs here - https://confluence.atlassian.com/advancedroadmapsserver/configuring-initiatives-and-other-hierarchy-levels-802170489.html

I hope this help,

@Roi Fine - Thanks for the note and yes, the hierarchy configuration was set up properly.

Just scheduled an appointment with you.

Regarding Hierarchy management.  When we first started with Portfolio a couple years ago, we initially followed the recommendation to create a separate project for the higher level requirements.   This is presented a good practice so we have an executive level of requirements for viewing.

However, over time the teams wanted the initiatives in their own projects.   When we moved to that model we discovered this  bug.

When creating new issues in Plans, the hierarchy works as intended and when sitting on an Epics, creating new stories, tasks, bugs are all that is offered.   However when working on Epics in the Jira Project, and clicking on create issue,  then the hierarchy is not enforced and users are actually defaulted to the top most level you created in your hierarchy.

Here's a picture of what I mean.,

There are two things that Atlassian should do I think:

1) Figure out how enforce the hierarchy offered through Advanced Roadmaps in the Project as well as in the Plan.   (Creating stories within projects is a pretty frequent operation.

These are great points @Pat Ryan . Thanks!