Welcome Wednesday: Too soon to start decorating for the holidays?

It is officially the first of December, and it's amazing how quickly 2021 seems to have gone by.

December is usually the point that my wife and I deem it acceptable to start putting up Christmas decorations. In fact, here is a picture of what we accomplished last night: 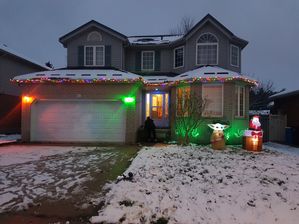 My question for you this week is, when do you think it is socially acceptable to start putting up decorations? As soon as Halloween has ended? Or no earlier than the 24th?

I'd love to hear from you all in the comments below.

As an additional plug, if you are starting to get into the Christmas spirit, you should go check out @Thomas Schlegel's Holiday Countdown, which will be happening daily until the 24th!

Have a great rest of the week!

When I was growing up decorating for Christmas was a joint family effort on the 23rd of December (Thorláks Mass) and no sooner than that. So when I start seeing Christmas decorations up this early I always sigh a little. Definitely too early. :þ

The funny thing is that I kind of left Christmas when I moved away from home. Like it was only a thing that I did with my family growing up and now with my own family we're all sort of "meh..." :þ

This year we'll probably ignore Christmas in our own house because my husbands brother is going to be spending Christmas here so all of us will probably end up spending Christmas with my mother in law. As pagan as she is she has loads and loads of decorations for the grand kids, same as we do presents and stuff for our kid. Otherwise we would probably just forget about Christmas altogether. :þ

Growing up, We always started decorating around the first week/weekend of December.  My wife and I got a little slack when it was just the two of us.  But we picked things up again when we had our son.

This year, we want to get the decorations up a little earlier as my wife and I are expecting our second child on the 20th and we don't want to get caught unprepared.

All the best to you and your family!

I talked about it with my husband, and we have loved to prepare intern decorations in our apartment since November 30th. I believe that it makes our atmosphere more magical regarding all the meaning from Jesus and nativity.  😊✨🤍🥳

BTW, your house was cool; I loved Yoda! 😃

Have a lovely day, Community! 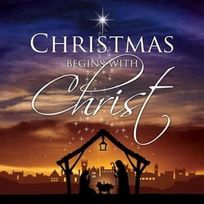 We normally start 1.5-2 weeks before so we get the most out of the price of the tree.  However, it also may depend on children's birthdays that you want to be sure are celebrated outside of Christmas.   One of my children was born Jan. 3, and the Dr. suggested we have all of the decorations down by Jan. 1 and started the celebration of her birthday to keep it separated and special for her until she was older.

That's very nice of him to suggest that. My nephews birthday is on the 28th of December and he thinks it sucks cause it's still Christmas. Technically it doesn't end until January 6th up here.

Our tradition now is to decorate the Saturday after Thanksgiving in the US. Growing up, my family would decorate around Christmas Eve (Dec. 24).

I think you can do some limited decorating maybe a week before Thanksgiving, but not fully until after Thanksgiving. Halloween is WAY too early.

Well, quite frankly Halloween is much more "Christmas" for me than Christmas :p so if anything I'd probably be more likely to have Halloween decorations up until long after Christmas :p (if I was into decorating at all)

I want to try Jira Product Discovery, who can help me, add me to the inside list, please

I think that the with the way the world is right now its not too early to start decorating for Christmas. I got my tree up two weeks ago as I was feeling blah one evening it was dark at 5 pm and cold outside. I needed something to bring me joy and having my tree lit does that for me this time of year.  I have left tree up all of Jan as it made me happy and helps with my seasonal depression.

Do what  helps fill your cup of joy.

I felt the same on my side. And it's good to share our feelings about it.

Have a lovely day and a special Christmas!

I think it is the best time to start decorating for Christmas after Thanksgiving in US as I have experienced that everybody seems to be in a holiday and festive mood after that and it is kind of an official start of the holiday season here.

I really love this time of the year even though I do not celebrate Christmas but it all reminds me of the festival and holiday season back in India.