Throwback Thursday: What was your first job? #TBT

My family had a business so all of my siblings got their first job there. But my real first job was at Hard Rock Café in Reykjavík, Iceland. I worked as a bus boy during two of the years that I was attending technical college. So after school type of work. Bussed tables (cleaned tables). I remember we were allowed to get one free meal during our shift (usually at the beginning). We had to eat the meal in the small cafeteria next to the kitchen. We got 10% discount on merchandize so all my friends asked me to buy t-shirts :) 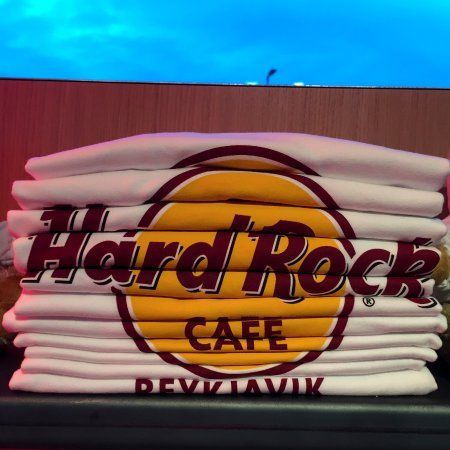 What was your first job?

Hi, @Kristján Geir Mathiesen.  My first job, as a teenager, was in an ice cream warehouse. It was my job to work in the large freezer, preparing/loading the trollies that would be taken outside and loaded on the delivery vehicles by the drivers (who would check my work and sign-off that they had the right items for the next day's deliveries). I was cold in the freezer of course so I had to wear an insulated jumpsuit, hat, and gloves plus take regular warm-up breaks.

A nice perk of this job was that we were allowed to bring damaged goods home with us. Sadly, I actually got sick of eating ice cream and did not recover until I was in my 20s. ;)

I grew up in Wisconsin, first job as a kid was detassling corn (yes, that's a job).  It was hot, dirty, exhausting work -  but doing that for 5+ summers made me appreciate every job I've ever had since!   We also made it as fun as it could be by singing songs, telling jokes and really getting to know each other - which is easy to do if you're walking one corn row away from someone all day long!  That lesson stayed with me = if you can have some fun, any job is better!

Back in India, we usually don't work while we are doing school or college, until there are any pressing circumstances that require you to work part-time to earn a living.

My first job after graduating from college (with Bachelors in Computer Engineering) was that of a Software Testing professional. I got selected by Accenture India from one of the off campus job fairs and joined as a Junior Software Engineer at their Mumbai, India location.

It was a great working and learning experience there in my first job that still helps me a lot in my current jobs.

@Karen Waterlander  I bet it did! And I bet you really learned proper work ethic. Nowadays, the younger folk don't even apply for jobs they don't fancy. Rather be unemployed... :(

@Karen Waterlander: I can honestly say you are the first detassler I've ever met — digitally or otherwise. Lol

Oooh fun topic! My first job with a "real" paycheck was also in a tourist-centric restaurant, but completely in the back actually washing the dishes. I got a free meal once because the waitstaff was shorthanded and the main cook was appreciative that I was able to bus tables and still manage to keep the dishwasher running. Most of the time the shifts were scheduled poorly and I didn't make much money - any shift less than 3 hours meant I was barely receiving any pay after factoring in the gas to get there.

One day the cook needed help because the computer in the office had crashed. "You're good with this tech stuff right?" Managed to bring the computer back to life - there were bad sectors on the boot volume, but it managed to run chkdsk after running some floppy-loaded sector checking tool (I don't even remember what worked back then!). As a reward, I think I got to clock an extra half hour on my dishwashing timecard 😂

After that, I got a job with my school's technology department and have stayed in tech ever since.

@Daniel Eads  extra half hour! Wow, very generous folk there... ;) Oh my! What restaurant did you work at?

My first part time job was during high school. I was helping with shooting ads. I was working with camera, lights, trolley and rails (on which the camera rides).

Best experience was to work on advertising for Prague's airport which let us to visit all the airport places I will never visit again, like control tower, luggage hangar etc...

It's been closed for some time by the looks of things - it was a family-owned Western-themed place called the Golden Nugget (as in, panning for gold). From what it looks like, the whole tourist area around there has collapsed. Even while I was working there, the dinosaur-themed park somewhere down the road had fallen into disrepair and was appearing in "creepiest places in the state" lists.

My parents owned a florist when I was growing up, so I did a lot of odd jobs around there. Then when I got my drivers license I would help deliver flowers - to people's homes/apartments, hospitals, funeral homes, etc. It was a small town so I knew my way around pretty well.

Outside of the family business, it was delivering papers at night for one of the local newspapers. I had the "rack route" where I filled all of the commercial racks in the town. I was a freshman (first year) in college.

Well those were only a short-term jobs but I used to work in woods during each of my holidays. I did various tasks like planting trees, building fencing around areas where we planted before, cutting grass and bushes around young trees to leave them space to grow , walking through woods measuring marking and counting trees assigned for removal because of sickness or too high density and even cutting trees with chainsaw, loading and tranporting with tractor.

I was also offered patronage if I'd wanted to attend faculty of forestry on the university but I refused because I had inner feeling that my destiny lies in IT. :D

Those were fine days...

Thanks everyone for sharing. So fun to read about your first jobs! Really.

Oh, this is a fantastic thread. I want to share, although I'm arriving late to this #TBT, what makes it just a #TB.

My first formal job was an internship as a cook in a five stars hotel restaurant. Those were great days until I started college and had to choose between keep studying or working.

Now I do marketing 😂
The end.

I know I'm also late to the party on this one.  But I love these threads @Kristján Geir Mathiesen!

My FIRST job was technically a paper route.  I didn't make very much from it and I was only required to put in time on Friday nights putting all the flyers together and then Saturday morning delivering my route.

My first hourly job, was working at a grocery store.  I did both stock and cashier work there.  I stayed at A&P (which is now Metro) for most of High School and all through College.

It was a really good experience and I think everyone should have to work in retail at least once in their life to have a bit of sympathy for the staff.