Throwback Thursday: What is your favorite outdoor game from the past? #TBT

Sooooo, I am old enough to remember when some of the streets in my neighborhood had not yet been paved; they were dirt roads. One of the games we played was something about drawing a large circle in the dirt (with a wood stick or something). Divide it up and then I can´t remember the rest :/ All I remember was that it was a fun game.

Another game was that a person hid his/her face in the telephone pole with hands on both sides of the head and counted. The rest scattered and hid. Once the counting was up, that person opened their eyes and started looking for the others. If a player was spotted, then the looker had to run as fast as they could to the pole. If the player made it to the pole first, they were safe.
So, what are some of your favorite outdoor games from the past?
Let’s make it a great Thursday!
KGM
Comment
Watch
Like # people like this
448 views

@Kristján Geir Mathiesen you just described what my daughter and her friends call Tap-Tap-Treeo. I have no idea where that name comes from, but I always thought of it as a combination of hide-and-go-seek and tag. I've never seen it described in writing until your post. TBH, I refused to Google it since it is a silly name and game.

As for games of my youth, nothing will ever beat cops and robbers. We could get groups of 20+ playing when we were kids, running from yard to yard acting as cops chasing the robbers, toy guns blazing from both sides. My parents had few rules, but one of them was no toy (or real) guns - so my brothers and I were always borrowing from the neighbors.

As we got older and exploration of the neighborhood opened up with our bikes we started to play hounds and hares - and those games could occupy us for an entire summer afternoon. We would play a modified version with two teams - and used masking tape and markers to point arrows in the direction we were headed. We would hit play on the cassette deck with GnR's Appetite for Destruction loaded to Paradise City. The hares took off at the press of play, and the hounds wouldn't be able to begin their pursuit until the song ended. That was our stopwatch.

Once again, wow. The trip down memory lane you just took me on should be one I pay for.

For me it was building hideouts and camps up in the trees.

It was so much fun, but looking back we were lucky nobody ever got hurt :)

I guess mine would be what we just called Tag, but we played with two teams. One team would go hid - it was an area of 2-3 acres with lots of trees. The swing set was home base. If you were tagged, you had to go wait at the swing set until all members of your team were caught. But if a member of your team was able to come tag you at home base without getting caught, then you could do free again.

We often played for hours, and oftentimes into the evening after dark. It was a great way to pass time, be outdoors, AND get exercise. Something kids today sorely need.

Just like @John Funk  I played with variations of tag including freeze tag (team with a home base; when you were tagged you stood there until a team member touched you).

For me, it was re-enacting 70s-80s TV series like CHiPs with friends or cousins.

Or building a BMX parcours and racing each other after qualifications on chrono.

Basketball was and is still my favorite outdoor game. A great way to meet neighbors and new friends through a pick up game. What I enjoy as well is that you can play by yourself or a team.

Fun to read about your games. Thanks all for sharing.

You are welcome @Andy Gladstone glad you enjoyed the trip :)

Yes @John Funk we also played that freeze tag game. That was fun.

game box was my all time fav

When I was a kid we played all sorts of outside games! Tag in all sorts of variations, ring around the rosie, hide and seek, but my all time favorite was capture the flag!

Bike riding was and still is my favorite outdoor activity. As a kid, I loved exploring new neighborhoods (aka bike safari), penny racing, and obstacle courses!

Hide and seek with tag is major kiddie time game we have played lot with family and friends. Then came high school and college time, Cricket took over. Major one was Gilli-Danda (hitting a smaller stick with a bigger one from a central position and opposite group to find and bring back to the central point), Summer evenings, when power was cut (everyday 4-5 hours of power cut in summer), we played Police and Thief. :)

Like lots of the folks here, my neighborhood also had our version of hide and seek tag that we played a lot, especially on summer nights. We also played "Knockout" or "Lightning" on my parents' driveway where our basketball hoop was set up. It's a game where there are two balls in play and everyone lines up at the free throw line (or wherever you decide) and if the person behind you makes a basket before you do, you're out. If you make a basket, you pass the ball to the next person in line who is trying to knock out the person that was just trying to get you out. Once it's down to 3-4 people it gets pretty fast paced, with lots of chaos and frantic energy. Good times.

In the winter, we used to have massive neighborhood snowball battles, including snow forts and tunnels. I was lucky to grow up in a neighborhood with lots of kids within a few years of my age.

I grew up on a street with not a whole lot of kids, it was mostly an older neighborhood. I did a lot of imaginative play and exploring. It was enough on the outskirts of the city that there were lots of green spaces to duck into. There was also a church within walking distance that had a giant wooden playground that kids frequented. Lots of space and pirate ship games.

I recall a number of outdoor games as a child: Tag, Hide-and-seek (as described by @Kristján Geir Mathiesen ), Red Rover and Mother May I and Wiffle ball. There was also catching lightning bugs and placing our catch beside our bed for a night light. It didn't matter what I was playing as long as I was outside with my friends. As it got dark play would be interrupted by our back porch bell that my mom would ring when it was time to come in for bath time. 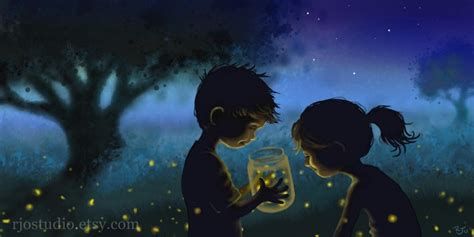 @Kristján Geir Mathiesen Landaparís? I seem to remember people picking country names and then you'd throw down the stick, shout a name of a country one of the other had and then run for it. They would try to grab the stick as soon as possible and then the runner would stop and make a hoop with their arms and the grabber would try to toss the stick into the hoop. The one who won (either the thrower if the grabber missed or the grabber if he hit, or maybe you only won if they missed) would stand on the edge and the border between the "countries" and use the stick to mark out as much of their land you could and make it your own. Or something like that?

Já @Thorhalla Gudmundsdottir Beck ! That was it! Well done remembering it :)

Well @Jack Brickey , we didn't have fancy bugs that glowed in the dark in Iceland so we had to do more of playing games. No frog to catch either... I bet your childhood was fascinating. Thanks for sharing.

We pretended to be explorers - we would gather all different kinds of flowers, rocks, sticks and then we would give them weird names and figure out what their purpose is. So maybe these grey rocks would be used in magic and would make you invincible when you carry them with you and the daisies will be some white flowers of candy and they make everything taste like candy etc.
We were a group that was really into fantasy as you can guess ;)

we used to play batmentan in nights also in summer holidays in my village.

My kids went to an elementary school that played some really fun outdoor games, and parents were invited to join at some events.  One was called Skittles.  Played at night, there would be a bowl of Skittles at one end of the school grounds and a "safe" area at the other end.  Children take a Skittle from the bowl and try to make their way to the safe area without getting caught by the parents.  Parents had flashlights to shine at the kids to catch them.  If caught, the child would eat their skittle and return to the start to get a new one.  If a child reached the safe area with their skittle, they got a point.  The safe area was usually a campfire with some parents stationed there to keep score,

A game we used to play over the entire neighborhood; we call it "7 stones"

A member of one team (the seekers) throws a ball at a pile of stones to knock them over. The seekers then try to restore the pile of stones while staying safe from the opposing team's (the hitters’) throws. The hitters' objective is to hit the seekers with the ball before they can reconstruct the stone pile. If the ball touches a seeker, that seeker is out and the team from which the seeker came continues, without the seeker. A seeker can always safeguard themselves by touching an opposite team member before the ball hits the seeker.

Soccer in the summer and pond hockey in the winter.

For me, it was simply playing football with friends. We chose a meadow, built two goals with the help of drink bottles, and played football all afternoon.