Siri Shortcuts (previously Workflows) has really improved over the past couple of years and one of the biggest improvements I've seen is the ability to run a shortcut using a voice command.

My favourite Siri shortcut is to create a Trello card in my Inbox list using voice dictation (I used to do this with a hack via IFTTT and using SMS to send a TXT, but that recently stopped working).

On the face of it this seems pretty easy to do, however I had to use a little trick to make it work, which was to put in a "wait" for 1 second in order to get the dictation to work, here's the shortcut:

This is almost always hands free, although sometimes you need to unlock the phone before it will create a Trello card. I haven't been able to figure out why, but most of the time it will create the card by voice dictation even with the phone locked.

If you combine this method with automation (either using Butler or directly via the API, eg. with Trellinator) then you can do some really cool stuff.

For example, in addition to this generic card creation, I have a "Shopping List" shortcut that creates the card in a different list, then an automation picks that up and automatically adds a checklist item to the shopping list card I share with my wife, then archives the card that Shortcuts created.

The future is now!! Happy automating :)

This cool.😎 Better than my Telegram bot-Trello. 👍

@milynnus I don't personally use Telegram but it seems like the API is way better than other cross platform messaging services.

Unfortunately I can't attest to the functionality of the above from Apple Watch because I'm still on Series 1 and they've disabled shortcuts on S1 watches (at least as far as I can confirm, on the 38mm one that I have). Probably to try and get me to upgrade ;)

@Iain Dooley I too have a hand-me-down watch from my son.

On Telegram, the API appears to be well structured and easy to understand. Most important you are free to use it. So I used to build ML conversational as well as business bots (like ordering food, update orders like $$..etc).

When I saw your article, I wonder why i had not attempt to dictate to my bot. Most keyboard have this feature.

Thanks, I followed the directions as pictured but I'm not sure what to say to SIRI to trigger the sequence. Can you help me with that part plz?

@Katie Petrie whatever you call the shortcut, like "Hey Siri Create Trello Card"

Sadly, this only works on older versions of IOS

@nathan Brown I just updated to 14.1 and it works for me!

@Iain Dooley @nathan Brown  Can confirm that it works. Also I was able to use the same the Butler add-on endpoint together with the Trello shortcuts. Trying to figure out a use case for it.

To voice activate, simply speak the name of the Shortcut to Siri

A second demo to call Contalist to get contact details that would be not be available on mobile device.

This tip certainly helped me, but now I get an error message stating “Trello hasn’t added support for that With Siri”. Any suggestion now? Thank you in advance.

It has been awhile since I worked on it but I think you get Siri to invoke the shortcut not Trello.

@Tammi Rettig probably what happened is that you have created a shortcut that Siri is mistaking for your trying to use the Trello app to do something, rather than running a user defined shortcut. Try naming the shortcut "Create Trello Card".

This works for me, but is there any way to set the Due Date via Siri as well, in the same shortcut?

edit: I figured it out, no need to reply. Feel free to delete this comment.

For some reason I can’t post images. Modify the original shortcut (before Trello part) to copy dictated text to a variable (say, Task). Then repeat steps and add due date (variable Due). Then add the Trello part from above using Task as task subject and Due as date input. 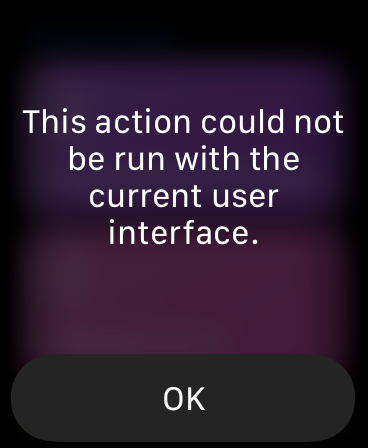 Great tip! It worked for me on my iphone with no "wait one second" needed.

Hey, Great tip. i love the idea of a handfree 2dolist. The shortcut works at my end, but unfortunatelly i cannot start the final shortcut via Siri. "The command cannot be found". What could be the reason for this? 14.4.2

@Philipp Ludwig have you tried calling it something different? Also when you speak, Siri should show you what it's interpreting your speech to, does the speech showing on the screen match the name you chose for the shortcut?

@Evan Light yeah such a pain. Trello actions used to work with the old Workflows app before Apple acquired them and turned them into Siri Shortcuts, but the Workflows app wasn't voice activated! I was so stoked when I saw Siri shortcuts with voice activation, but then disappointed to find that my voice shortcuts still didn't work on the watch :(

Instead, I have an SMS contact in my address book called "Riff Raff" (the Butler from the Rocky Horror Picture Show) and I hook that up via a different automation to create my Trello cards via SMS on the go by saying "Hey Siri text Riff Raff saying blah blah blah".

@Iain Dooley  meanwhile Siri understands shortcode, and on my iphone it works fine. :) Now i have the same Problem as Evan Light has to use it with the apple watch. Could you share the shortcut for your workaround with SMS Contact? I dont know how to configure the second one. Thanks in advance

@Philipp Ludwig I plug it in with my product BenkoPhone which is currently in Australia only, then I automate the card creation using BenkoBot when the message arrives.

@Iain Dooley  thanks for your quick reply. Has anybody else a solution for bringing dictated text into trello boards? :(

i finally found a way with a workaround to achieve voice commands via apple watch to create a trello card. I used IFTTT (Free Version).

1. shortcut to dictate text and send it via mail app

2. ifttt recieve mail with trigger and push it into trello.