"Teamistry" Season 4 is here! Let's discuss (you might win some swag 😎)

Atlassian's original podcast, Teamistry is back for a 4th season and we'd love to get some episode discussions going with y'all.

Teamistry explores the chemistry of teams that achieve the impossible through collaboration. This season takes on a docuseries format as we deep dive into Concorde: the world’s only supersonic passenger plane to have taken to the skies. Concorde is a testament to what happens when teams go beyond borders, egos, and politics to make the impossible, possible.

We'll post discussion prompts for each episode the week after they launch (we're on a biweekly launch schedule). Respond to one or all prompts in the comments for a chance to win Atlassian swag! When we post prompts for Episode 2 (the week of December 12), we'll announce the swag winner from this post.

We're excited to have some fun & insightful discussions with you all!

This is pretty cool, as I remember Concorde from when I was younger. I had heard and read some stuff about them, but not too much.

In my opinion, when collaborating across cultures, you need to learn about the other side so you can better understand not only how they work, but also how they see things and even think about matters. You also have to be respectful of the differences and find ways to leverage the cultural differences to the benefit of the project.

I'm excited to hear about some of the challenges they faced with this extremely complex project and how they were able to resolve them.

That's awesome! I had also heard bits and pieces about Concorde back in the day, but never really knew the story until we started to create this podcast. And what a story it is! 🤯

And that's an excellent points. Totally agree with learning about the other culture you're working with and finding ways to leverage differences in a positive way - so well said.

Can't wait for you to hear the rest! ✈️ 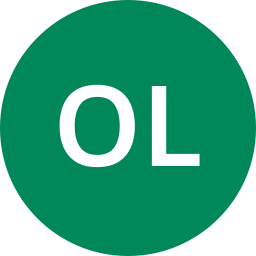 love the Teamistry podcast! I've listened to quite a few of these, and they're always worth the time!

This is a really good podcast! Lots of good information that I had no idea about. I remember seeing pictures of the Concorde and always wanted to fly on it. But like the in the podcast, no way I had the money to afford to fly on one!

Communication is always the most important thing between two teams, whether crossing cultures or not. The two teams need to find common ground to share with each other and build upon. The two Concorde teams did that through a common desire and goal and then using pictures to share and build upon - what a great idea that was!

I am excited in just hearing more of the behind the scenes insight of what was going on during the design and building of the initial prototypes and production planes.

Thanks, @John Funk! Totally agree about communication. And you will definitely be getting more insight into the design and building! Lots of great details to come :)

Great to see podcast back. Excited for the swags to be honest

Thanks, @Viswanathan Ramachandran! We hope you enjoy it!

Interesting, I will subscribe and listen on my train commute to a client.

Awesome! Let us know how you like it @Dave Mathijs 🛩 while on the 🚊!

This was great to listen to! I knew hardly nothing about the Concorde before listening to this podcast! Communication is so important between cultures! I struggle with this on a daily basis, but it is getting better. I have two developers in India and I struggle sometimes to align with them. I find the more clear I am the better things turn out. I tend to draw or outline the conversations we have so we are all under the same impression and all have the same understanding.

Thanks @summer.hogan! And that's a great tip to draw/outline conversations to make sure everyone is on the same page – very smart. 💡

I grew up on Long Island, and the Concorde was a frequent sight in the skies on it's transcontinental trips between JFK and London-Heathrow and Paris-Charles de Gaulle. Every time we saw it in the sky it created a sensation of wonderment. There used to be a billboard at the exit of the Midtown Tunnel as you drove into Manhattan that declared the record times for flights between NY and London. I remember thinking that it sometimes took us longer to go in the car to visit friends and relatives in upstate NY than it took to cross the Atlantic!

When I got married we settled in Far Rockaway, NY which is in the shadow of JFK. We could set our watches by the sonic boom we would often hear (and feel) when the Concorde was landing at JFK at ~10AM on it's daily trip back from overseas. Since we were right below it's landing path it brought me back to my elementary school years looking up in the sky in wonderment. After the retirement of the remaining Concorde's I was able to see and touch it up close at Floyd Bennett Field and on the Intrepid. (I also seem to remember a GnR Music Video - maybe Paradise City? that showed the band inside the Concorde - and stepping inside felt surreal for me). I also remember the unfortunate crashes that caused the planes to be retired and watching grainy video of it on internet news coverage - very sad for so many reasons.

I was not aware before that this was a joint effort. Language is a natural barrier, and  differing engineering styles only added to that. I'm amazed at how the two teams were able to come together to conquer the cause of supersonic flight despite these differences and lack of collaboration tools at the time that the design, engineering and fabrication all took place.

I'm excited to hear more about the process and see how lessons from 30+ years ago can make us more efficient and effective today when working on cross-cultural teams.

What an incredible experience, @Andy Gladstone! Thanks for sharing those memories and setting the scene – I feel like I'm right there in Far Rockaway listening to the sonic booms.

And I know! It's incredible what they were able to accomplish through language barriers and lack of modern technology.

Hope you enjoy the rest of the show!

Also, congrats @Andy GladstoneYou're our swag winner this time around - email me at swinter@atlassian.com to receive your code for our merch store!

Well earned with a story like that! Congrats, Andy!

Glad I finally got around to listening this...even if I missed the chance for swag, haha! I think that clear communication is important in any team, but particularly cross-cultures. I think it's so important to understand how your team prefers to communicate and be communicated with - think of it as your work love language. When you work with people from other cultures, this becomes even more important since different cultures have such different communication styles. Without truly understanding (or at a minimum, trying to understand and relate to) your colleagues, the disconnect can have devastating impacts.

hehe there's always next time for swag! 😉 Thanks so much for listening & sharing your insights, @Amanda Barber. Love thinking of the how of communication as your work love language - so good.

Awesome! Great to see podcast back :)