How important are UX improvements in your decision to move to cloud? 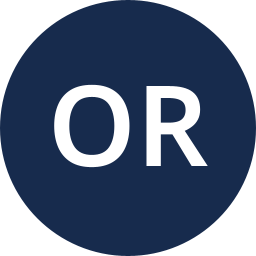 At Summit Barcelona last week I had the privilege of sharing our new "Bento" Issue experience in Jira Cloud during the Summit Keynote. We also announced that all users in Jira Cloud have the ability to create and configure projects and doing so is easier than ever before - all while preserving all of Jira's power and admin control.

The response from customers on the show floor was wonderful. Customers told me they really wanted the new Bento Issue experience and ability for all users to create and configure projects. For those customers who were on Jira Server, I had several of them asking whether they could move to Jira Cloud in order to get those experiences for their users. Of course the answer to that question is "it depends". It depends on the requirements your company has for the cloud services they use. One of the most common requirements we hear is the need for Jira to be highly available and performant. So the other good news was that we also announced that we're lifting our license tier from 2k to 5k because we've improved cloud performance and availability substantially over the last year.

So my discussion question for folks here in the community is how much weighting do you give usability improvements in your decision to go from Jira Server to Jira Cloud?

I voice this point of view around so I've said this before, but I think this viewpoint is worth at least speaking up about. I have worked with numerous enterprises over the years that were various levels of ITAR/EAR compliant, and internal policy drove the mandate -- You cannot put any data in cloud services. Even today, where I work most cloud providing sites are outright blocked when on the internal network.

Anyways, I could recount my thoughts on the matter while working as an Atlassian Expert, we found that the majority of our business was for Server and Data Center customers, although I had a few Cloud customers. We had customers big and small. When we were engaged with these customers, they often were in one of the following situations --

Case #1 isn't going to migrate to Cloud for a single feature.

Case #2 offers no room for movement, regardless of feature offerings.

Case #3 represented a few of my Cloud customers --

All this being said, I'm very interested in features like this myself, but I'm effectively locked into industries that cannot put Cloud on the table. We have process and some tooling around creating new projects (mainly just adding new Templates via the Project Blueprints plugin module) but we've considered adding a plugin to delegate project creation. Obviously, first-party support (aka built-in) would be preferable.

Thanks for your detailed and thoughtful comment @Steven Behnke :)