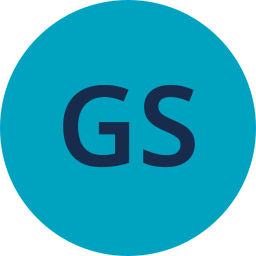 Recently, users have been running in to issues authenticating using SourceTree on Windows.  In many cases, the credentials were working, and now users are either getting failed login messages, or they keep getting credential popups.

This post aims to cover multiple scenarios with Sourcetree.

There are a few things to unpack here:

Upgrading to the latest version of SourceTree should also solve this:

1. I've no idea about this. I'm just using the Git version installed with SourceTree, so I assume SourceTree handles updating it.

EDIT: I found out from another post that SourceTree doesn't automatically update it. I went to the Git tab and clicked "Update embedded" which presented the error (after the "extracting" phase had started) stating: "Download either failed or was cancelled, please try again later." This doesn't seem like an option.

3. I'm intermittently getting issues: either 403 forbidden, too many login attempts, or plain old success. My regular password sometimes works, and my attempts with an application specific password yesterday simply didn't work.

This issue has made SourceTree almost completely unusable for me. It's disappointing that core functionality keeps getting broken. I used to be able to use SSH until I upgraded to Sourcetree 3.x.x, that now doesn't work despite Pageant being installed, running, and with the key added to Pageant. I tried this again yesterday to workaround the issues you described, but it's still broken so I can't use that. When I upgraded to 3.x.x, I switched to HTTPS after failing to get the SSH issues resolved, and now I can't use that either, apparently.

The weirdest part of all of this? After several successful operations (pull, push, fetch, etc.), I suddenly get hit with a "too many login attempts" message, even though all previous operations were successful.

Unfortunately, these suggestions do not work for me either. I'm using BitBucket Cloud Git over HTTPS. SourceTree version is 3.0.12. If I use embedded Git (2.18.0), the login dialog doesn't accept neither my account password, neither app password. If I use standalone Git 2.19.1, I'm not asked for a password, but the pull still fails with the following error:

fatal: ArgumentException encountered.
An item with the same key has already been added.

fatal: ArgumentException encountered.
An item with the same key has already been added.