I know for an absolute fact that ALL of my Bitbucket logins are correct.  This just started happening after an upgrade and now it pops up literally like every 5 minutes. I can put in my login credentials.. it comes back.  I can cancel it.. it still comes back.  I've removed every last authentication and recreated them.. and then checked them again and they're all correct.. still pops up.  I've set every last one of the Bitbucket logins as the default.. no effect.. still pops up.  Help... it's so annoying and will pop up while I'm typing other things... when I'm presenting... you name it.  I'm using the System Git because I read that will fix it. It doesn't.  I've tried both Embedded and System Git versions.. neither has any effect.  It just pops up 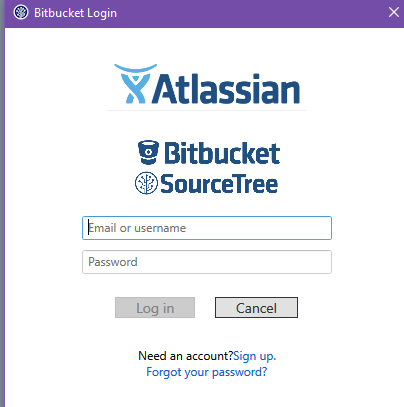 Hello! I think this issue is being caused by this issue, which was very recently fixed. Could you try using the version we just released and let me know if it fixes this? You can find it here After spending 2 hours on this, trying everything others have posted I finally tried run as administrator and it worked.