New! Investigate and re-deploy stable deployments from the Incident Investigation view in Opsgenie

In our example below, we see an incident that impacts two services, the ‘banking-transaction' service, and the 'ledger-monitoring’ service.

From the Incident investigation view, deployment #29 is the most recent code change on the ‘banking-transactions service’, and after careful analysis, the responder feels this is the deployment that likely caused the incident. 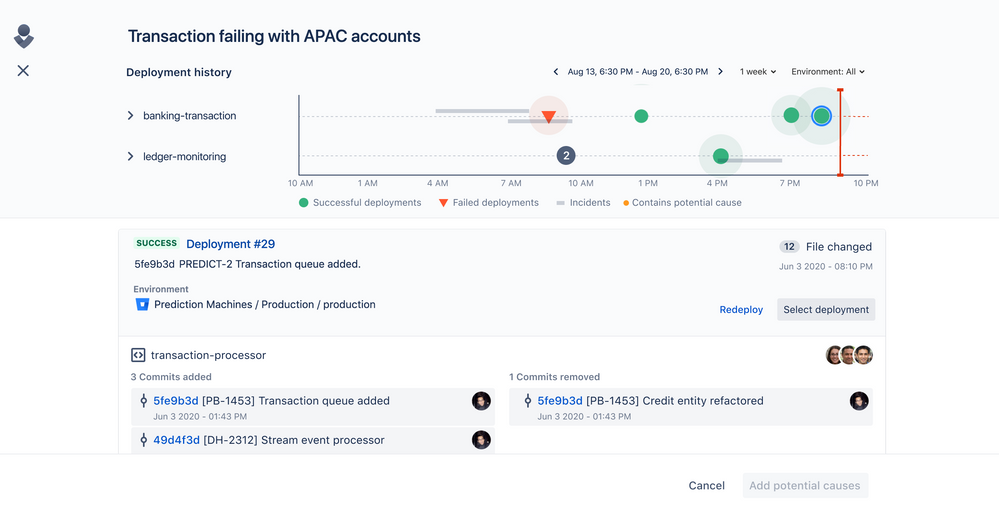 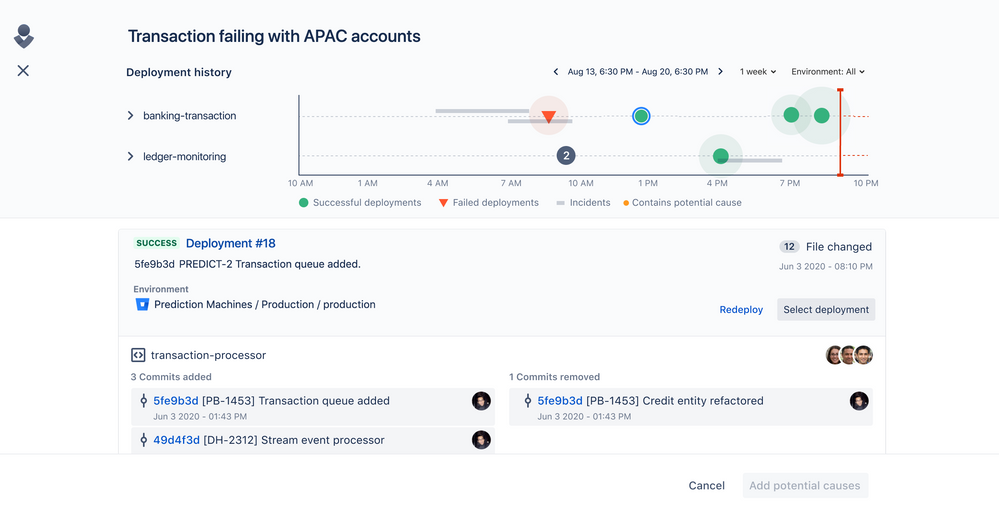 From the modal, it’s clear that deployment #29 is live in production and the re-deployment action will push deployment #18 to production. The responder confirms that this information is correct and clicks the blue re-deploy button which completes the rollback of code.

Note: After the re-deploy button is clicked, the user is taken to Bitbucket Pipelines so they can view the code change to ensure it completes properly without error. 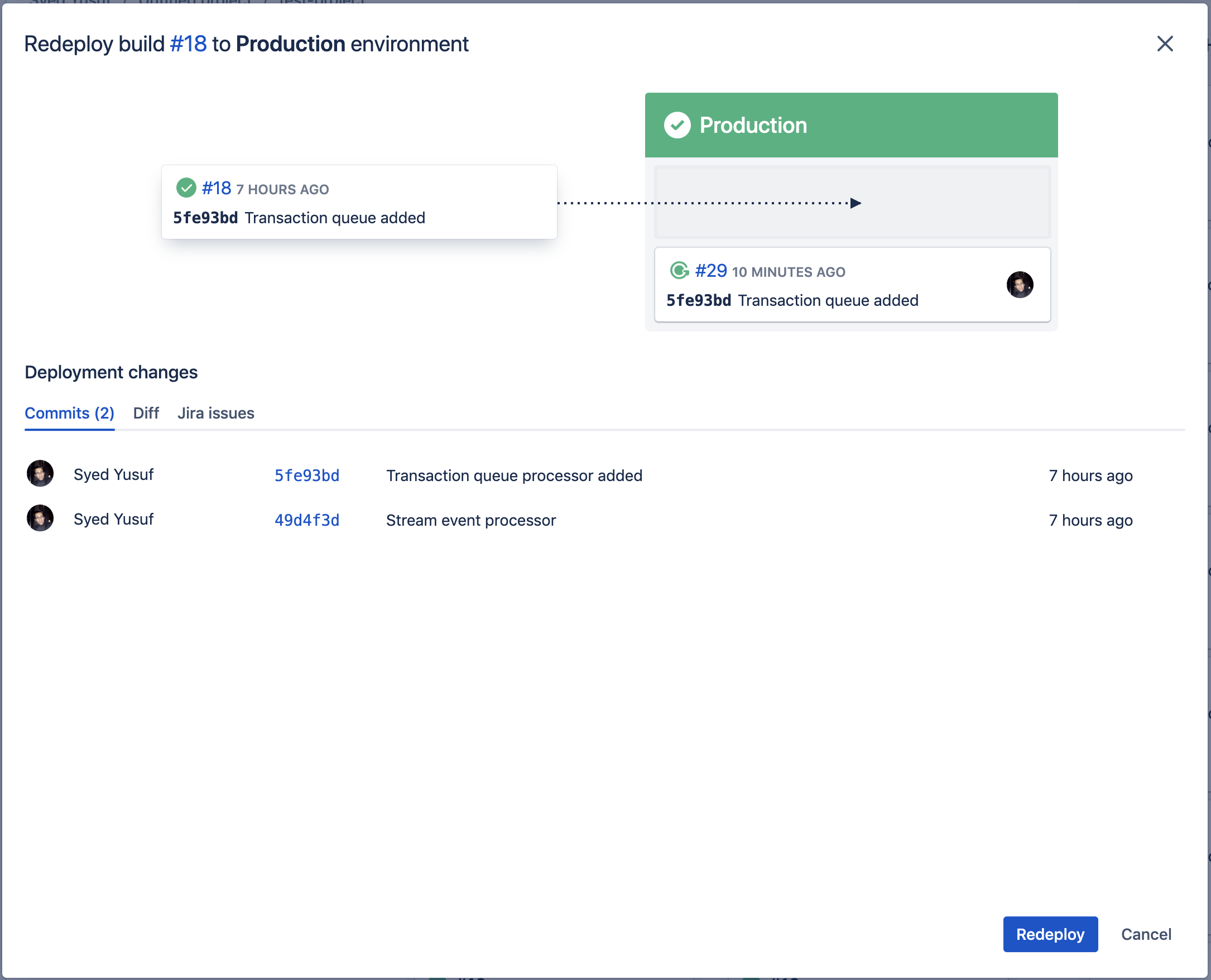 Back in Opsgenie, the Incident Investigation view has automatically updated to reflect the new status. The re-deployed code is shown on the deployment history graph, and in the details section below a black re-deployment icon signifies it has been completed successfully. 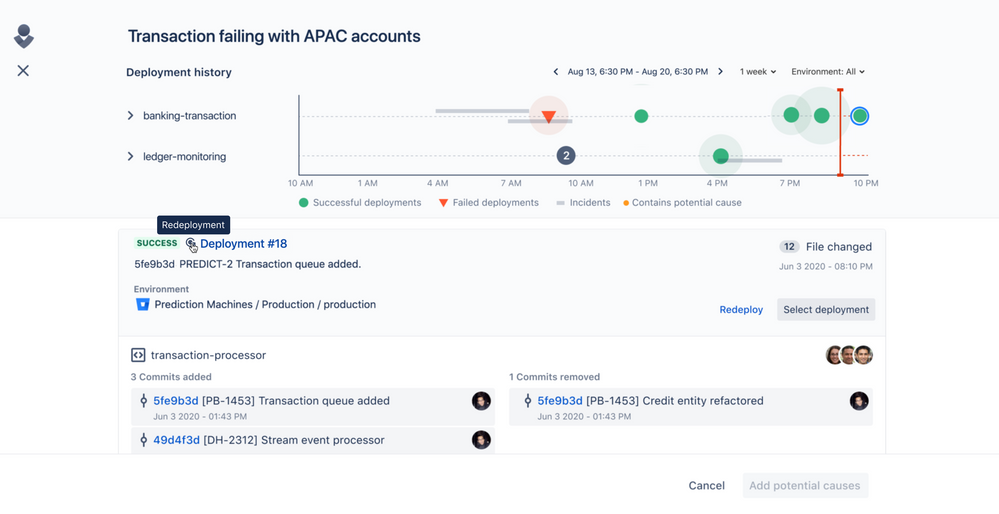 Have you been using the Incident investigation view? We’d love to hear how you are using it as part of your own incident response process, leave a comment below.