When have you ever used your kids (or someone else's :P) to get your way?

Out of everything I have in my life, it goes without saying that my family and specifically my kids give me the greatest joy. Everyone always says that having kids will change you, but did anyone ever tell you how many added benefits having kids would have? I mean, sure you get the unconditional love, the endless giggles and the joyous wonder that kids have (before they are teens!) but what I've discovered is a whole other world of advantages.

Have you guys ever gone out for a meal and noticed the kids' meals are actually very desirable? Or maybe you're just not that hungry and don't want to pay $30 for an overpriced steak? Guess who has two kids? Me. And they want three kids' meals please!

I've talked to some of my other college friends (all grown up now) who have been known to use their kid's bath time as an excuse to avoid a night at the bar when all they want to do is hang out with their kids and have an early night ("sorry lads, would love to hang out but it's my turn to do bath time tonight!")

So, what I want to ask you, Atlassian Community is: When have you ever used your kids (or your young siblings/ cousins or someone else's kids) to get something you want, or get out of something you don't want to do?

ps. Above is a photo of me and one of my sons, who could say no to that face?? (And my son is pretty cute as well

Once I was on a plane going to Malaysia and I saw a kid in front of me get some ice cream from the air hostess, so I went up to ask and there happened to be a separate little kid waiting to ask the air hostess for something. I may or may not have insinuated the ice cream was for the little kid...

When my son started getting into Legos (Duplos) I went out and bought not ONE but TWO Lego Mindstorms sets! And yes, they're both for me!

(@Kimberly Deal _Columbus ACE_, I know you will empathize. Also I HAVE THE 6000-PIECE HOGWARTS.)

@Monique vdB that's so cool!! Pics or it didn't happen! 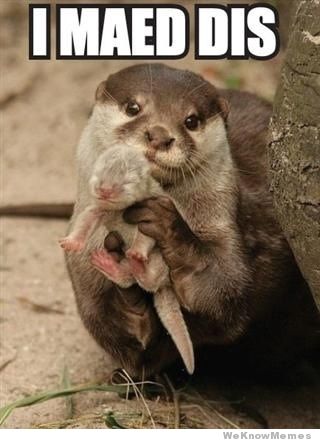 haha! You definitely deserve all the credit @Kat

Best thing in having kids is that you can turn their age anytime - mine was never at the level of my physical age anyway, at least my wife thinks so.

This is how I got again on a trampoline, put again in my feet the ice skates (and broke my elbow), played with toys without raising concerns ...

I don't have kids of my own, and I've never really used kids to get my way. But, there was a time where I accidentally got myself something I was trying to get for a kid.

I used to babysit my neighbor's kid, Dalton, almost every day during the summer since he was 4 or 5. I think he was 10 when Minecraft first came out and blew up... and of course, we both really wanted to play, but his mom was super strict about video games and wouldn't buy him anything she didn't thoroughly research... so I did it for her. I wrote a... I think 5(?) page persuasive essay providing evidence that Minecraft was not only a family friendly game, but that it developed essential skills like creativity, design, motor skills, resource management, problem-solving, and I even threw in the ability to follow written and visual instructions by including some designs we wanted to create.

Initially, all I wanted was to get him an account so that when I went home and video game time was over for him, I could play on my own save slot on his account. The essay resulted in her buying both of us an account so we could play together. We played Minecraft almost every day since then, even after he out-grew the need for a babysitter (proudest moment of my life when he stopped calling me his babysitter and called me his big sister <3).

A bit of shameless advertisement about Dalton... He passed away a few years ago at age 15 when he was in an ATV crash. There's a Pay It Forward initiative in his memory: https://doitfordalton.wordpress.com/

Oh @Heth Siemer I'm so sorry to hear about your loss, what  wonderful memories you were able to create with Dalton through Minecraft, you must have been the best babysitter turn big sister ever! I have also checked out the pay if forward page, what a great initiative and reminder to be the change you want to see in the world. Thank you for sharing.

Parking in the family parking spots.