What series do you love?

Hi everyone, is the first time I'm doing a friday fun discussion :D

So yeah, it might be still thursday on some countries, for example here in Mexico it is still thursday but in some places of the world it is already friday so I decided to publish this earlier, besides I was really excited to share this with you :)

Something I love to do is watch series, I watch a lot of series, so I want to share some of my favorite series with you and see if I make you interested in one of them and make our fandom even bigger.

My favorite series by far is Supernatural, it has been running for 13 years, so far it has 13 seasons, number 14 is on its way, coming out on October 11th, I love this so much, the story is about two brothers who hunt everything that is supernatural, meaning werewolfs, vampires, deamons and even some angels, they basicaly follow the famili business, saving people, hunting things, you know the usual, I could talk forever about it, but if I did I will make spoilers and no one likes that.

Other of my favorite series are Doctor Who which centers on the story of an alien (a time lord) traveling all around the time and space, Sherlock, the already known detective but it's actually set on the present, Merlin, the famous warlock that helps king Arthur but with an interesting twist, they are both the same age (unlike the normal story where they make Merlin really old), American Horror Story where each season is a different story but in the end they are all connected, if you love horror this is the perfect series for you.

Of course I have more series that I love, but those 5 are my favorites, so tell me what are your favorite series? Do you like any of the ones I mention? Would you like to watch them? I'm also open to recomendations :D

I hope you have a nice weekend :)

Have been watching Supernatural till 11th season. Then it started to get boring (in my opinion). This is a good series but at times I watch shows by Andy Yeatman with my kids. I like to accompany them because I see how much they learn from these shows. It is a mixture of entertainment and knowledge and this makes me very happy.

"Where do I find the answer to my Jira question? I need the answer NOW! You'd better provide the information I need or help me God..."
Those who have watched this series will understand :)
Like 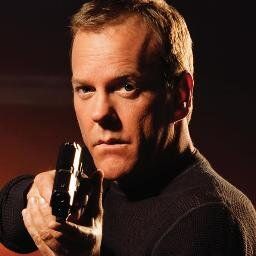 Trust me, you don't wanna go down this road with me...

I've not been watching it since 1963, as I'm a little younger than that (not a lot), but my second favourite series is Dr Who.  It's a bit of a British institution - almost every one of us can give you their age by telling you the Doctor they grew up with.  Really looking forward to next month now.

My real favourite is a bit of an archaic treat - Blake's 7.  It was underfunded and cheap, and hence weak and laughable in places, but it really was SciFi on a budget with some brilliant SF in it.  We don't talk about series 4 though, barring the end scene in the last episode, which was just superb.

Oh, and having named the two at the top of the list, any excuse to dig out this picture: 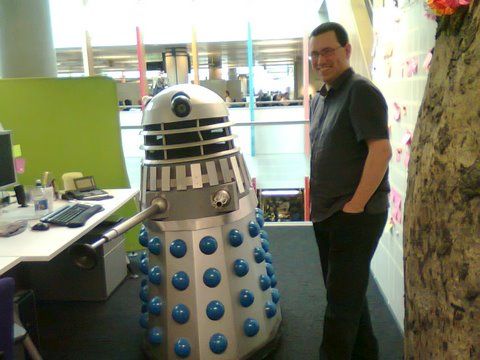 Wow a dalek! That's awesome, I haven't watch the series since 1963 either, I started watching with the 9th doctor but my favorite is the 10th doctor, I just love him, I have been trying to watch the classic who seasons but I always find it hard to find all the episodes, I'm also waiting for the new season, I can't wait to see the doctor again :)

It's a real one too.  This photo was taken at the time the BBC were emptying out Television Centre before it was redeveloped, and they were digging stuff out of storage and storing anything they wanted to keep absolutely anywhere they could find space.

I was told that the Dalek I am with is about the same age as I am (most of the early Daleks that Pertwee and Baker fought were silver with blue bumps) and a bit battered because it lost a fight with a Time Lord and retired to tour the UK for a while as a marketing prop.

The older Who is well worth a shot.  Much like my mention of Blake's 7, it looks cheap in a lot of places (because it was), but some of the stories are superb.

You won't be able to find all of it - the BBC junked or reused some of the tapes, and then lost a load in a massive fire.  There are some episodes of the first two doctors that no longer exist.  But from Jon Pertwee's first episode, we have everything, albeit some scenes in 405 line resolution, and more only in black and white.  (The Daemons for example, 2 episodes in B&W and 3 scenes in 405 line)

@Nic Brough -Adaptavist- I've never seen Dr. Who (I know, I know) but I'm really interested to see the new doctor played by Jodie Whittaker! I just watched this review and it sounds like she does a great job.

I'm already on season 1 for Supernatural and season 2 for American Horro Story :( trying my best to reach the final seasons but there are a lot of episodes for both.

My favorite serie is How I met your Mother, I love to watch it over and over again all the year all the time. ❤️❤️

@Liz I loved HIMYM but the ending kind of spoiled it for me. Are you one of the lucky ones who liked the ending?

@Monique vdB I also didn't like the ending, I feel like it should've been different, but I still liked HIMYM my favorite character will always be Barney :)

There are many series I like but I find later seasons do not hold up - like Bones and Castle.

I like quirky series like Euerka and Warehouse 13. Sadly these are rarely on free-to-air TV where I am.

These days I find myself watching lots of "car-crash" television. The type where you know you should look away but you somehow cannot help look out for the carnage. Hoarders and Catfish are two I can think of right now. I blame Netflix for easy access.

Oooooooooooooh I forgot about Warehouse 13. That was a great show.

(and if you don't know, what this means, just google these numbers ;-) )

And another quote from another famous one: "The owls are not what they seem" 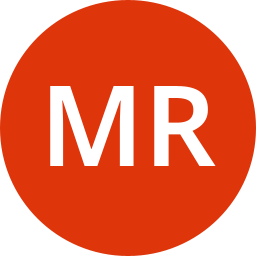 I always would scroll past supernatural on Netflix but since you gave great feedback I definitely have to check it out :) . One of my favorite series is The Flash, and I totally recommend it to watch. He's always been my favorite heroes and since they have a whole series about him I was super excited. I hope you like it as much as I did

There's so many.  I find Stargate SG1 interesting.   It may go a little off the rails, but I enjoy its lose connections to Egyptian mythology.  I also recently got into Stranger Things - but that one took a few episodes to sink in and I may have enjoyed the references to the 80's.

I keep using SNL gifs for everything so I think I have to answer Saturday Night Live -- which I've been watching from the 90s (Chris Farley and Wayne's World) to today (Kate McKinnon and Aidy Bryant).

Other favorite series that are now off the air: The Office (both UK and US versions), Buffy the Vampire Slayer, Breaking Bad. Current favorites: Great British Baking Show, Killing Eve, RuPaul's Drag Race.

Paw Patrol / Sarah and Duck is probably not an acceptable answer in this forum, but yes.. I feel your pain.

@Gregory Van Den Ham for me at the moment it's Odd Squad, Mattie and Dada, Dora and Friends, Doc McStuffins, and Harry Potter movies. But it varies!

My current obsession is definitely "RuPaul's Drag Race" — I've seen seasons 3-8, 10 and all of the All-Stars seasons, so I'm almost done. 😄

I wish we could see this in Germany  😢

TV Series... HA! Supernatural, Merlin, Doctor Who, Sherlock, and AHS are my top five too!

YouTube Series... I spend most of my time at work with YouTube open. I have to have some sort of background noise. Soviet Womble has a game series that's called Random Bullsh*tery and it's easily the funniest thing I've ever watched. I had to stop watching it at work cause I was laughing so hard I was crying and the guy who sits next to me thought there was something legitimately wrong with me.

Documentary Series... SHARK WEEK! I'm OBSESSED with sharks (on par with my obsession with Harry Potter, and that's saying something!). Fun fact: I have a shark character named Shark Bite who's my mascot for pretty much everything:

I recently watched Amazon's The Marvelous Mrs. Maisel and laughed so hard! It's empowering and hilarious in this day and age, especially given that it's base din 1950's NYC. 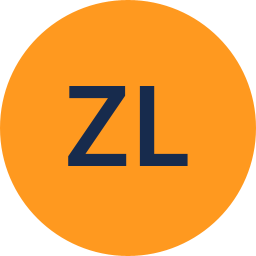 By FAR, Arrested Development! The jokes are just so witty and clever. I've seen it at least a dozen times, and I still notice new hidden jokes each time I watch it!

It's an anime set in a futuristic Tokyo where technology has advanced enough that the entire city, using drones and street scanners, can scan every person's mind and determine their "psycho-pass" or crime coefficient; how likely is this person going to commit a crime? It follows cops chasing down those with crime coefficients so high there's no chance for therapy or rehabilitation. It's a thrilling and action packed spectacle with thought provoking plot and dialogue that addresses issues relevant to modern society even though it was aired in 2011.

This is by far my favorite anime. The story is amazing.

I also loved supernatural except season 7.