I don't know about you, but I'm a bit addicted to watching Food Network here in the U.S.

Whether it's Chopped, or Diners, Drive-ins, and Dives, or Beat Bobby Flay, I can't get enough.

Over the last two years, my "addiction" has increased due to being at home more and cooking a whole lot more. Me and my partner are constantly on the lookout for new ideas of things to make... when we aren't joining in on the snarky judging of food on a given show.

That got me thinking... some of the best recipes I've ever come across have been from word of mouth. Well, this seems like the perfect place for that!

What's your favorite thing to make? (If it's a recipe with a URL, please include it. If not, feel free to include it in your comment.)

However cheesy this may sound, I still feel compelled to post!

Whatever my wife makes. Period.

If not for her, I would just be eating chocolate chip cookies from a box 3 meals a day and during snack. We have a deal in the kitchen - she makes the mess, I clean up. She's an amazing cook and baker, and I can barely make scrambled eggs. But no one can create order from chaos after the cooking is done like me.

One time, my now ex, husband and I were playing a game like the Newlywed game, except we'd been married a while.

One of the questions was, What's your husband's favorite food?

I wrote: Whatever I cook

He wrote: Whatever my wife cooks

This is the best mac and cheese I've ever had. It is the polar opposite of health food but a rich, flavorful delight to break out on holidays.

For guilt free indulgance, this vegetarian slow-cooker curry is aromatic and comforting. I make a big batch and basically inhale it over the week and love every meal of it.

I am not the cook in my house either but I did learn to make Southern Living's "Extra Easy Lasagna" and it is indeed extra easy!  5 ingredients, barely any prep work, reheats beautifully and it's been a huge hit whenever I have made it.  My daughter calls it "Love-sagna."  😍

It's the only time we actually eat beef at home but could easily be made with turkey meat, veggies can be added, very flexible and yummy. 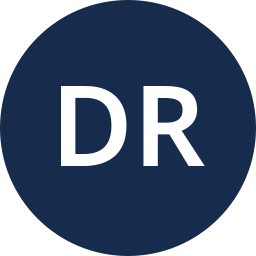 When one of my daughters stayed home alone for a weekend for the first time she called and said, Dad, how do you boil hotdogs?

Classic. I was ROFL when I read this.

Listen, not to brag but my recipe is one whole step shorter:

I just gotta weigh in on this one.

Depending on the brand, grilled hot dogs can be the best way to go, even with a grill pan. Hebrew Nationals are not as good grilled as they are boiled, but HEB's beef brisket hot dogs are exceptional grilled. (HEB is a Texas grocery food chain.)

Microwaves will suck out the water in the hot dog, leaving it a bit extra chewy. But if a microwave is all you've got or you're crunched for time, they'll do.

Poking holes is a must for microwaving, but not needed for boiling or grilling.

@Ed Gaile _Atlanta_ GA_ here is your chance to chime in!

@John Funk do you have a marinade you like for this steak-grilling thing?

Yes, we marinade it in Dale's Sauce. It's a little salty for some folks, but I think it works well. We use this with burgers and steaks

I have my own rub that I make for ribs, but I am anxious to try Ed's that we got at the Community Leader Workshop.

My family has a ton of stories about cookery, which I won't bore you with.

Part of mine is that I stopped eating meat <mumble> years ago, but I did not want to make my parent's life even harder than it already was.

We were accidentally part-time vegetarians - Mum did most of the cooking and looked at meat as an option for an ingredient or the focus of a meal, rather than something that had to be included.

Dad could set fire to water and burn a salad at the same time, I've inherited some of that - I usually only do one of the two in the same week).  But, when he paid attention he gave me recipe #4: fish finger sandwiches

When I stopped eating meat, that stopped working, but I asked mum to teach me to cook because it wasn't fair to ask her to cook two meals every day.  This wasn't too hard - she had already taught me how to make some things, so I knew how most of it worked, but I could make "a dish" with a lot of preparation and planning, not a proper meal for myself or the family.

So meals #2 and #3 are stop-gaps.  "Cook this when you're stuck with a house full of hungry people".

#3 is the faster one - Boil some pasta, throw it in a bowl and put a blob of basil pesto on one side, and a tomato-based sauce (even just ketchup) on the other. Add grated cheese.  She'd been getting away with that once or twice a week for a decade before I asked, and still does when we go to visit them!

#2 needs more planning, but is still simple - potato shells.  Bake some potatoes so they are soft, cut them in half, scoop out the flesh and mix it with whatever you feel like (in my case, chilli sauce, pesto, cheese, garlic, and and and), pile it back into the shells and bake a bit more until the shells are a bit crunchy.

But recipe #1 from mum is the best:  Chop an onion, throw some garlic in, start frying it and then go look in the cupboards and 'fridge for what to add next.

One of our favorites is stuffed burgers or poor-man's steak.  https://texashomesteader.com/poor-mans-steak-stuffed-hamburger/

We make them on the grill at home and in tinfoil in the fire when camping.

Sorry I'm late to this one, Breakfast is my spirit animal!  I can and do eat it for multiple means of the day.

One of my favorite and very easy recipes is a simple meat and cheese omelets.  I say meat because I will use whatever is leftover in the fridge.

I also go for the panzerotti single fold technique because I'm lazy. 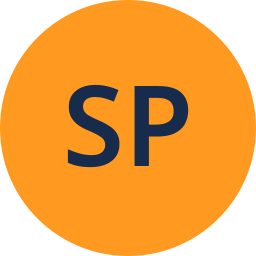 I usually cook this Instant Noddles (Maggie), But each time I try to innovate different combinations of Veggie, Sauces, and Toppings. 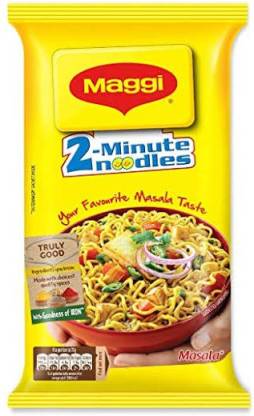 I've recently came across a pretty simple recipe for a dessert that is low cal and quick to make/bake.

You get self raising flour and greek yogurt (1 to 1 analogy, e.g. 200gr of flour and 200gr of yogurt). Mix them together until the dough is ready.

Take a bowl and add 40gr of chopped strawberries. Add 15gr of stevia (or sugar). Heat them on microwave for about 1 minute and then stir it until you have a nice mixture. Take 100 gr of cream cheese and add it on the above mixture. Mix some more until unified.

Take the dough and with a rolling pin try to make a thin rectangle. Spread the above mixture evenly. Now roll the dough and cut into 6 even pieces.

Place them on a preheated oven with air (200c) and bake for 20mins approximately!

I've got a pretty easy pasta salad recipe. It seems a little weird, but is really great!

Originally out of a Pillsbury Cookbook pamphlet, I believe. The kind they used to sell at the checkout stand at the grocery.

1 cup chopped turkey or ham (or protein of your choice)

Peppercorn Ranch Dressing (put as much or as little as you want. I'm really not sure how much I use.) (or any ranch dressing you like)

Dump it all in a big bowl, mix.

Add dressing to your taste.

Like I said, you wouldn't think pineapple with ranch dressing would go together, But it is surprisingly great. I get lots of requests for it. It is my potluck go to.