Friday Fun: It's beginning to look a lot like Yuletide!

First off, before I start... Friendly reminder that Crimes of Grindlewald comes out tomorrow. I AM SO EXCITED!!!!!

I am a Modern Kitchen Wiccan, and I would like to share my lifestyle around the holiday season, and I ask for you to share something about yours.

Excuse the fact that I wrote practically a novel... I enjoy sharing my lifestyle, as many people misunderstand what it means to be Wiccan.

To answer the ever common question... Kitchen Wiccans don't use tools and ingredients you'd normally relate to witchcraft (eye of newt, etc.) but instead, common everyday items. Hence "Kitchen".

On that note... Modern Wicca is not a religion but a lifestyle. Every book I've read on the topic (and I have an entire bookshelf full of them) begins with some variation of the statement: Take that which works for you and leave the rest as long as you do not bring despair to another person. Everyone is different. Rituals and practices are different for everyone, so if you meet another Wiccan, their practices and beliefs will probably be vastly different from mine. For me personally, my rituals revolve mostly around meditation, yoga, gardening, cooking, lucid dreaming / dream-weaving, and a few prayers and candle lighting ceremonies for those who have passed. Fun fact, several modern Wiccan rituals and meditations originate from Buddhism!

Yuletide, or Yule, is a sabbat for pagan / Wiccan / Celtic lifestyles that was a heavy influence for the modern day Christmas. Yule foods include cookies, cakes soaked in cider, pork (ham), turkey, eggnog, ginger, spiced cider, and ale. Colors themed around Yule alters and decor revolved around red, green, gold, white, silver, yellow, and orange. If you noticed, Santa's cookies and eggnog, the Christmas ham, and the red and green colors associated with Christmas originated with Yule then Christianized.

Yule begins on the Winter solstice and lasts 12 days... that means this year it goes from December 21st to January 1st of the new year. This was the original origin of "The 12 Days of Christmas" traditions. Like most pagan sabbats Yule is also marked by an increase in spiritual activity, in this case, it was known as the Wild Hunt, which was basically a giant parade of spirits in the night sky.

Yule is a time to come together with your family (whether it be from the blood of the coven or the water of the womb... a saying meaning the family you chose and/or the family you were born into) and take part in dancing, singing, feasts, and of course your handful of superstitious rituals. It's a celebration of the longest night of the year.

"Something in us needs to know that at the end of the longest night, there will be light." T. Thorn Coyle

Rituals help to shift one's consciousness to reflect the outer world within our inner selves. Meditation is my personal choice of ritual to achieve this. After the longest night, you join with others to sing until dawn (I suck at singing so I usually just drink :P ). Candles are usually lit, as well as bonfires. Vigils are kept as a way of making sure that the sun rises again.

"Happiness can be found in the darkest of times if one only remembers to turn on the light." ~Dumbledore

Thank you for sharing some of your story.

The festive season for is about BBQs, pavlova, eating too much, spending time with lots of people (not all of whom you normally socialise with), and keeping my fingers crossed that this year we will finish Christmas lunch with the family still all at the table and in good spirits. (Our record is making it to shortly before dessert so I have hope). 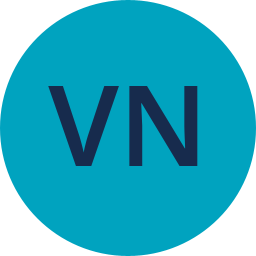 Thank you for sharing this and starting this thread!!

For me Christmas week is all about getting a whole 2 weeks off from work! That is a miracle in itself. Next thing starts by visiting your relatives, family tables, comeovers, get togethers, enjoyment and lots of fun.

This I feel, rather than being a custom, it helps you escape from your routine, have fun, discover, rejuvenate and replenish yourself for the amazing year with lots of opportunities awaiting us.

I also feel this is the best part of the year, remembering the things of this year, good or bad, cherish the wonderful moments, prepare and welcome the year ahead with good spirits.

Being yourself remembering your deeds, forgiving and forgetting, taking resolutions to correct yourself for any misdeeds, being thankful for all the kindness you received and spreading the holiday cheer!!!

Thats what is the holiday season for me!! :)

@Heth Siemer my daughter told me a good joke the other day and I thought of you! How does Harry Potter like to go downhill?

I was waiting for @Heth Siemer and pondering how I would punctuate it. Hahaha guess she's heard it before.

My favorite is this Punctuation Plan: 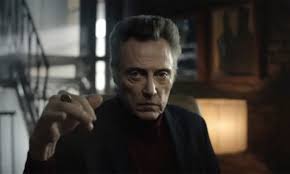