While I haven't lived there in decades, I'm very fond of my hometown, and I enjoy any chance I have to show it off or talk about it. Tell us about your hometown! If your community is known for a product, like corn, or a manufactured product like a car, show that off. If you have a historical landmark or even many historical landmarks, highlight those places. If you feel your community stands for particular values or attitudes about life, feature those. I hope this will drive people to communicate about things that they already love and to which they feel connected.

My hometown is Beamsville, Ontario, Canada.  Wikipedia says its 11K people, and while its a small town, I know that number is wrong, as it was bigger when I was growing up (22K people and 32 churches), and things have only grown there.  Beamsville is in the heart of the fruit belt in southern Ontario, and is home to 25-30 wineries.  It sits along the Niagara escarpment (which starts at Niagara Falls), and has both unique soil and microclimate ideal for wine and fruit in general.  It was founded in the early 1700s, had a role in the War of 1812, Was one of the locations pilots trained in the Royal Flying Corps in World War I, two Beamsville pilots separately won Distinguished Flying Crosses.  We have a few local heroes, my classmate Bill Berg (NY Rangers, NY Islanders, Ottawa Senators, Toronto Maple Leafs), Olympic Silver Medallist Tonya Verbeek, The Massey Harris (later Massey Ferguson) company cane out of Beamsville, and a band most people still know these days, Rush.  Neil Peart lived in town, but Geddy and Alex all lived within an hour.

It's a beautiful place in the spring when the fruit trees start to bloom, and in the fall when the colours change. 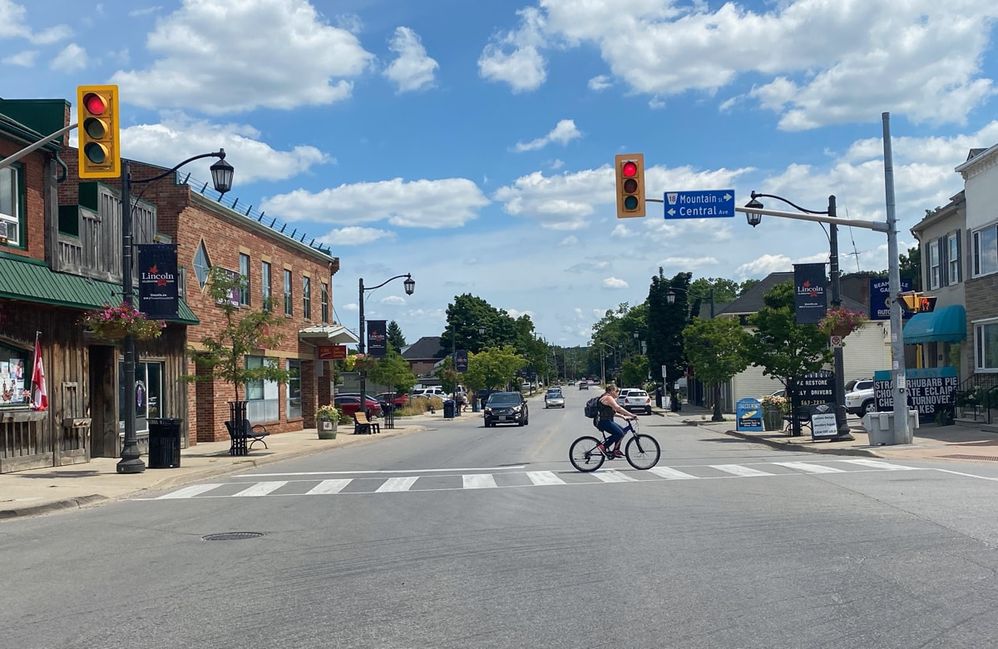 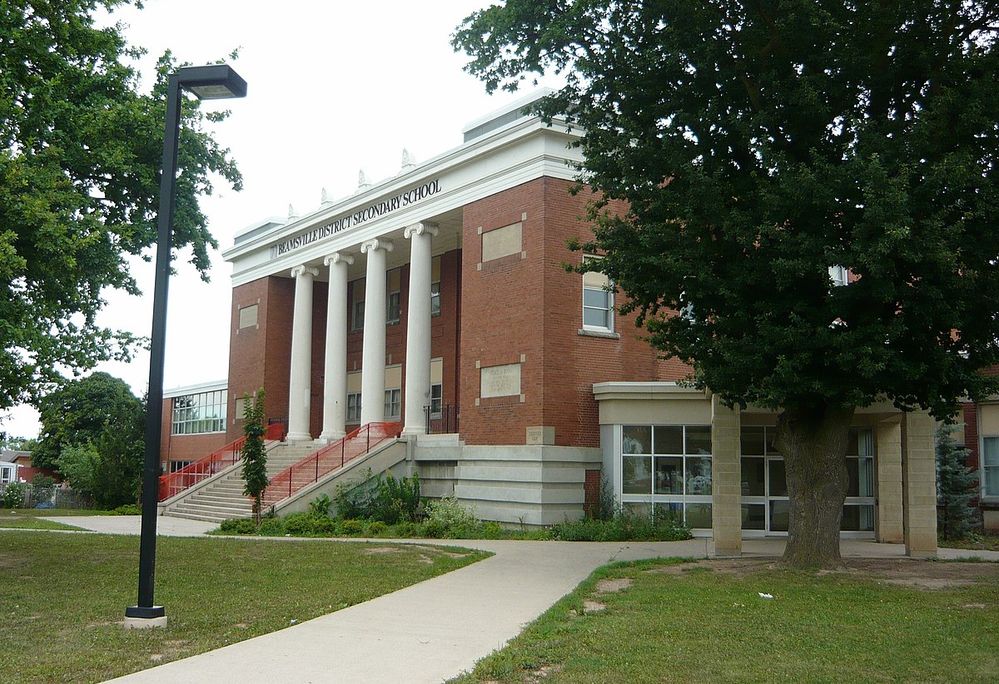 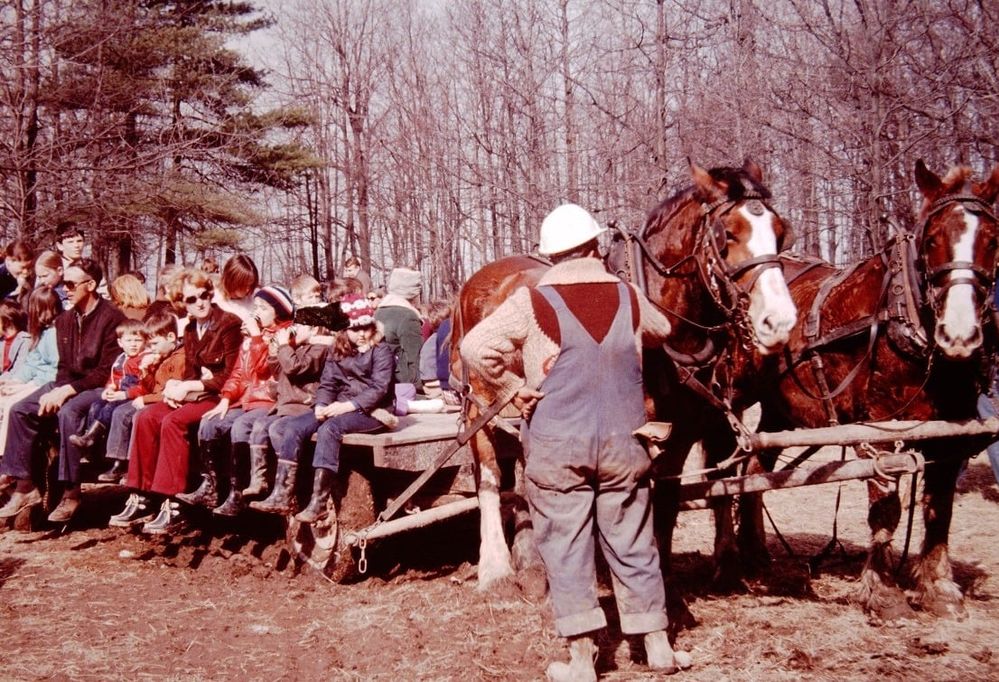 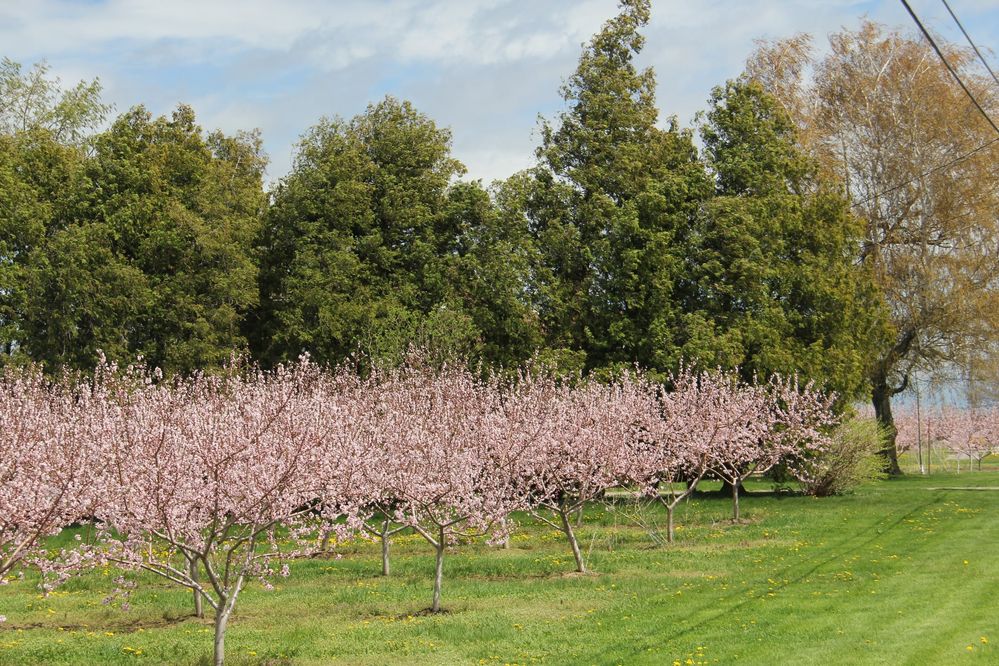 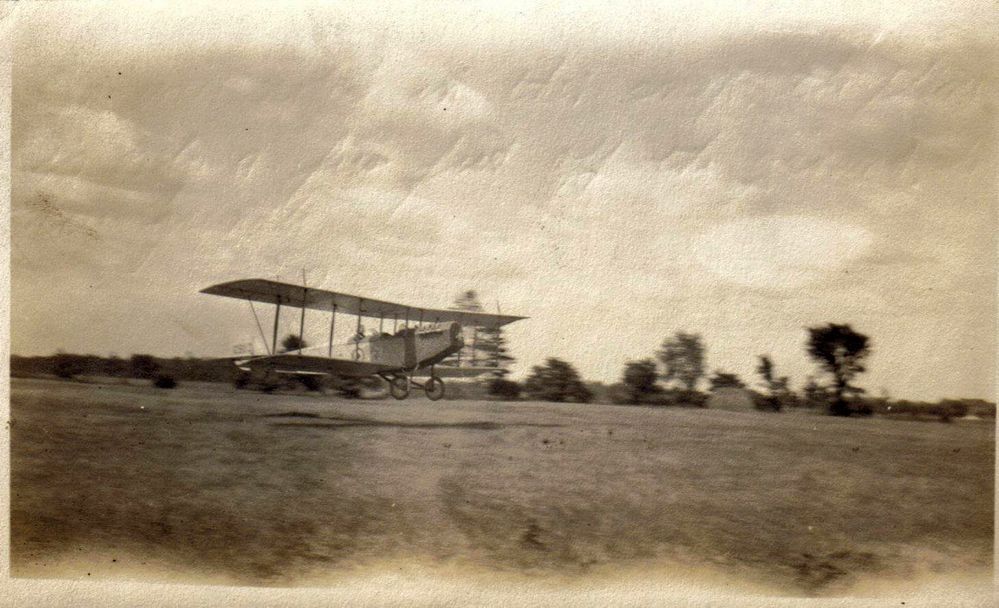 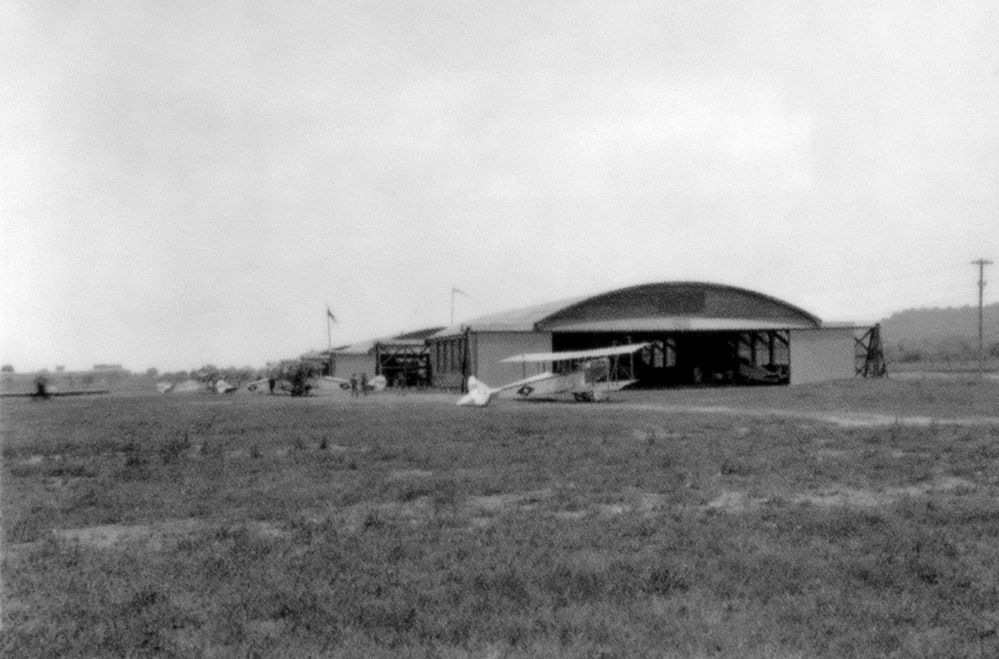 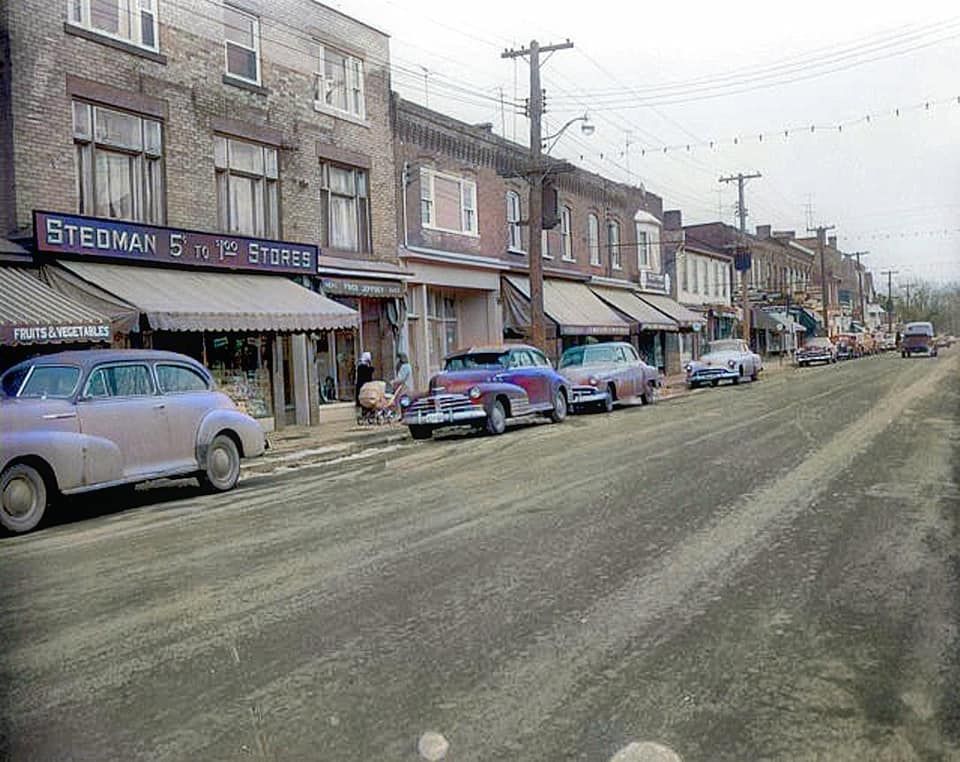 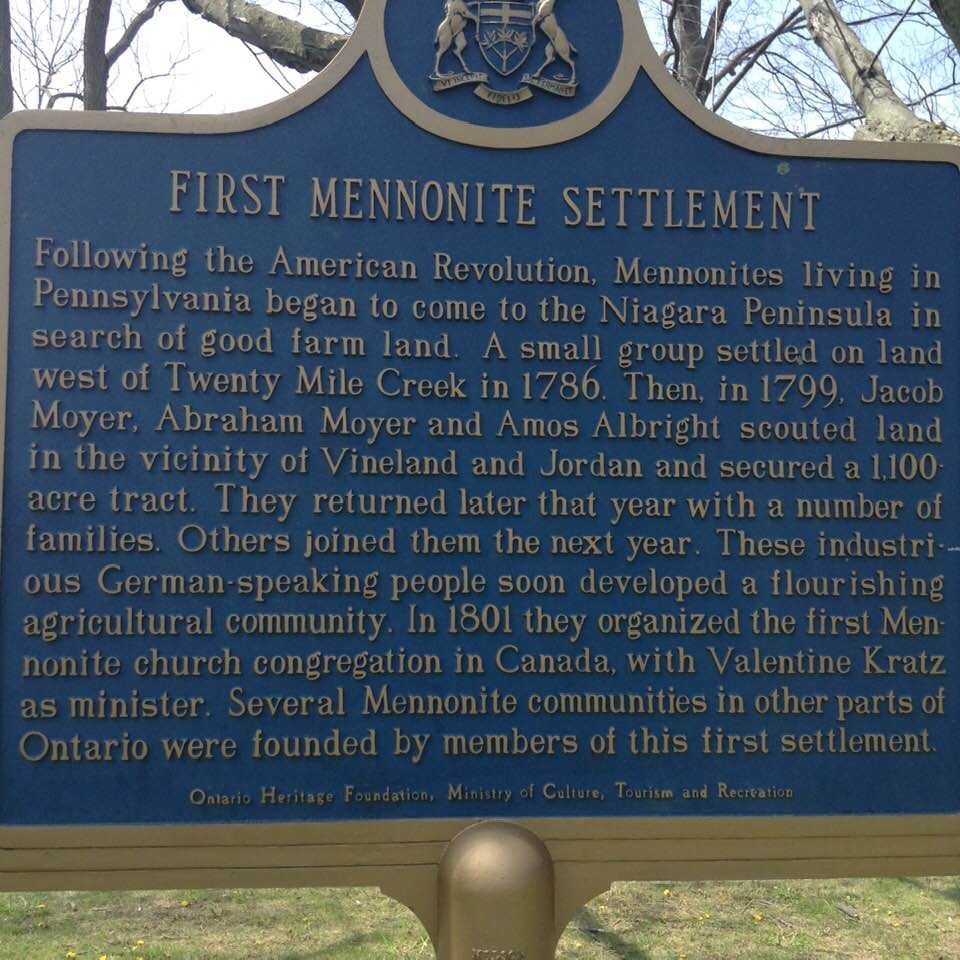 Now it's your turn!

I grew up in Racine, Wisconsin.

Per the bing link , Racine is a city in and the county seat of Racine County, Wisconsin, United States. It is located on the shore of Lake Michigan at the mouth of the Root River. Racine is located 22 miles south of Milwaukee. As of the 2010 U.S. census, the city had a population of 78,860, making it the fifth-largest city in Wisconsin. Its median home price of $103,625 makes it one of the most affordable cities in Wisconsin to buy a home. In January 2017, it was rated the most affordable place to live in the world by the Demographia International Housing Affordability survey. West of Racine are rural communities, including Union Grove, Wind Lake, Caledonia, Burlington, and Waterford. These western Racine County towns and cities offer a wide variety of interests including antique shops, plenty of parks for picnicking and plenty of lakes.

ALL INFORMATION BELOW is courtesy of Microsoft Bing 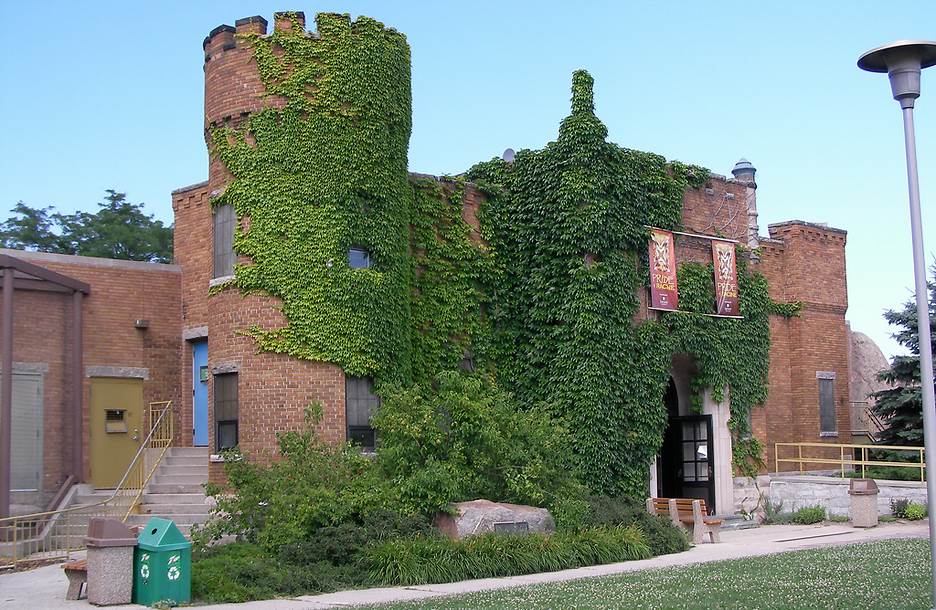 ... and another Frank Lloyd Wright home in Racine.

When I was a young engineer, I had spent some time doing work with CASE/Harvester and was lucky enough to visit Racine.  I wish i had known about the Hardy House at the time, I'm very much a Wright fan!

My Dad worked and retired from CASE/IH.  Racine is fortunate to have 2 FLW homes.  And, Frank LW helped design SC Johnson corporate headquarters as well.  I am not sure outside of Chicago many cities have 3 FLW designs.

@Marjorie I lived in De Pere, Wisconsin for a yearlong teaching fellowship; from there I visited Milwaukee, Door County, Madison, Chicago, and the Twin Cities, but now I'm sorry I never made it to Racine!

@Marjorie my dad came for a visit and still talks about the goats on the roof at Al Johnsons!

@Tom Kakanowski SUPER HUGE Rush fan.  I have seen them 3 times in concert.  I am jealous you are from there!

It was a good time to be around!  I was friend's with Neil's sister Nancy, so got to go backstage on some tours through her.  I recall Neil had a room that had sliding glass doors on one wall to a ravine in the back, but the other three walls were lined with glass cabinets  filled with the largest collection of drumsticks I'd ever seen, sorted from smallest/lightest to what I will call 'logs', as a teenager this was totally cool.  Many people I know (me included) were just devastated when he passed.  The song Lakeside Park is about a park about 20 minutes away from Beamsville, there is a permanent carousel there, and fireworks a few times a year, another place with fond but bittersweet memories now.

First, Lakeside Park is one of my favorite RUSH songs.  I still know the words.

Second, OMG, I was devastated when Neil passed too!  what a talent he had.

My hometown is Caracas, Venezuela. Nowadays, that place is passing through a left dictatorship, so it has become quite challenging to live in (that's why I don't live there anymore) but what I could tell you is the following:

I can keep telling you how awesome and how much I miss my land, and of course, the bad things as well, but that should be with a social drink in hand, having a good time, and laughing about it.

Thanks for allowing me to elaborate on such a pleasant topic, @Tom Kakanowski

@Huwen Arnone -DEISER- that mountain looks amazing; I would love to go there and look for birds someday!

While I haven't been in many years, I have many fond memories of Caracas.  I used to go diving in Morrocoy (and Los Roques), so of course always came through and spent a bit of time in Caracas. There were such beautiful colourful reefs and fish there, and some scary predator encounters for me too.  I hate to think what global warming may have done to those reefs.   I always loved the people there.  One visit to Caracas was the one and only time I tried a roasted Capybara, that was a new one for me! 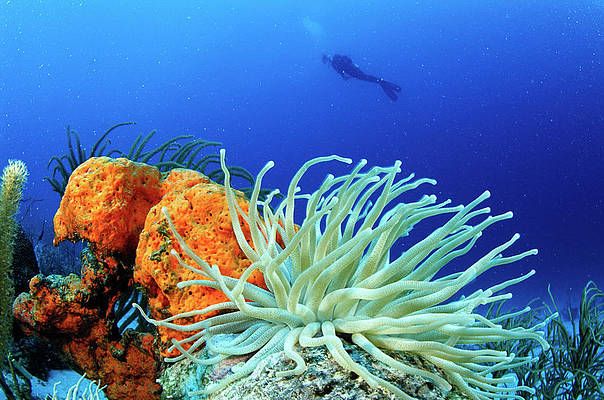 If you ever manage to go there, be sure to have a local and reliable companion for security matters. Those views are just Caracas; other sides of the country are even more beautiful @Monique vdB Not bragging. 😅

So cool! Los Roques and especially Morrocoy are excellent places for scuba diving, and despite the global warming situation, the sea fauna is still hanging on. It hasn't worsened beyond the inevitable. And regarding the capybara, that can be expected within the rural population. A different experience indeed. What a great surprise that you've been there. Thank you for sharing your experiences @Tom Kakanowski. Have a great week!

I grew up in North Hollywood, which people assume looks like this: 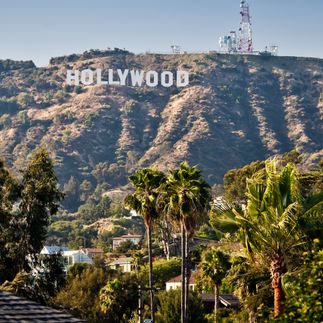 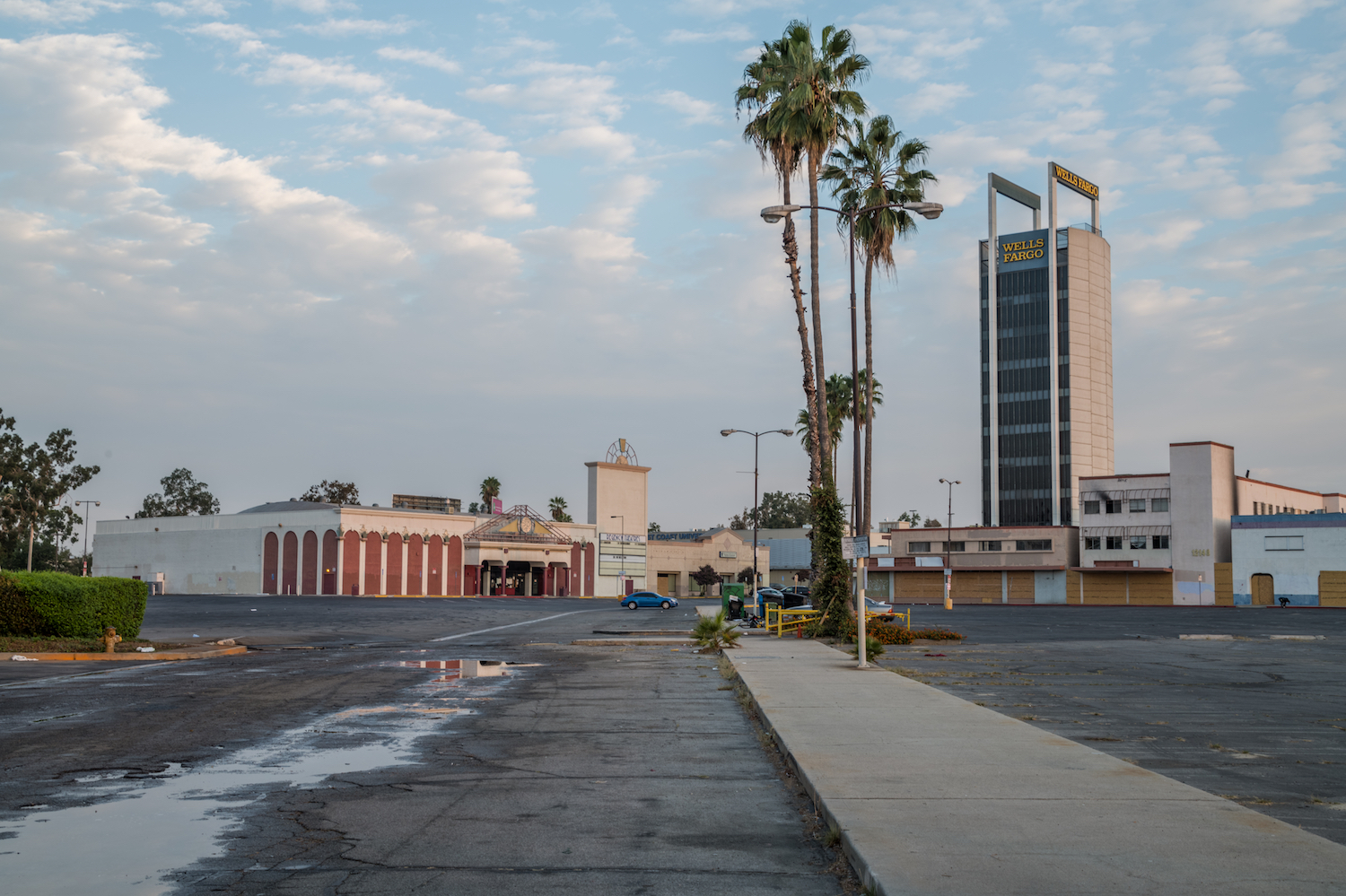 It's in the San Fernando Valley, which makes me a full fledged '80s Valley Girl. I love the Valley, and palm trees, and the fact that half the people I know are in "the industry" (movies and TV) and that you see celebrities all the time.

@Monique vdB bwahahaha... I have been to Hollywood.  So I get it...

I grew up in the small town of Cookeville, Tennessee. Not really much there except for Tennessee Tech University, where I got my college degree. It was about 20,000 people when I lived there. It's not much more than that now, but was a good place to grow and folks like to retire in that area. 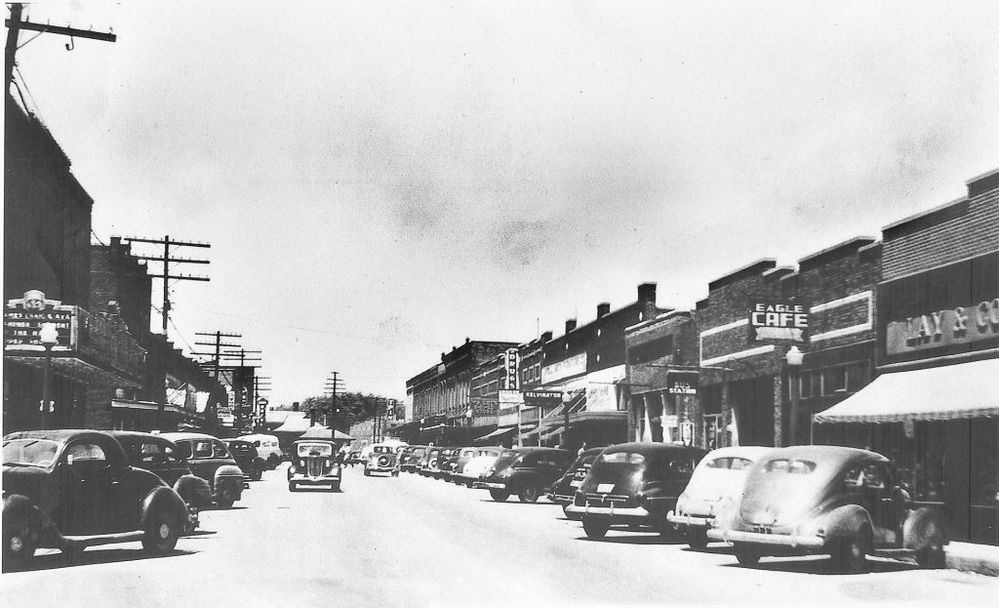 I grew up in Flensburg, a small town in the north of Germany close to the border of Denmark. 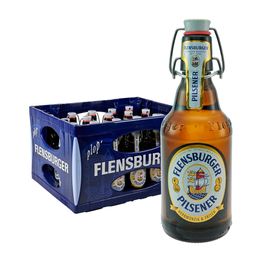 The Kraftfahrt-Bundesamt (roughly: National Driver and Vehicle Register) with its Verkehrssünderkartei (literally: "traffic sinner card file"), where details of traffic offences from all over Germany are stored. 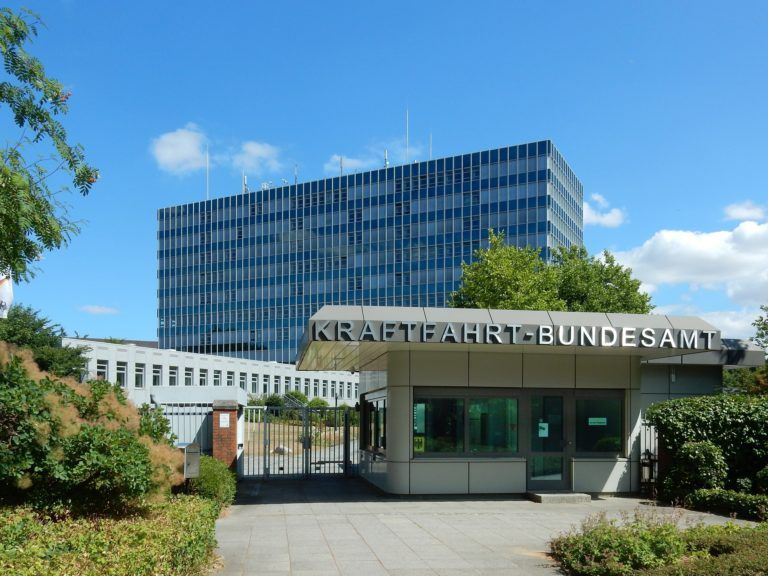 The greeting "Moin!"
Moin means “Hi”, “Hello”, “ Good morning”, “Good night” and everything in between, as long as it is used to greet people.
😂

Very nice!  The next time I visit my family in Wuppertal, I will look for Flens!

I will have to look for Flens the next time I am at my local import beer store. I love a good German pilz.

Wow, what beautiful photos, thank you very much for sharing, place to add to my to-do list

So many great places that fostered great people.  No wonder the Atlassian Community is so great.

Well, I grew up in a rather small city (according to greek standards) in the center of Greece, called Karditsa. I'll borrow @Monique vdB example and say that when people hear the word Greece, this comes to their mind: 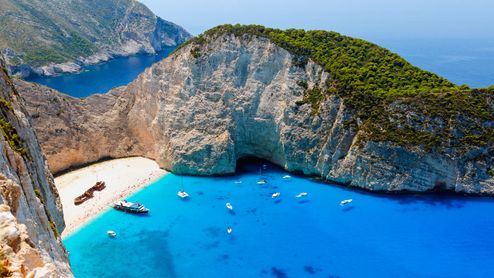 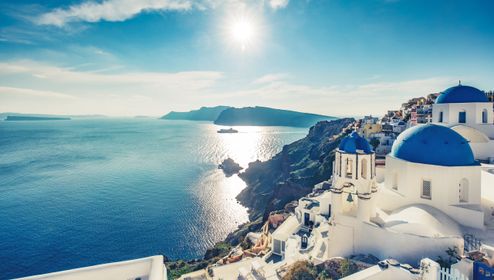 Buuut my hometown isn't close to the coastline and kinda looks like this (warning: image with no filter coming your way! :) ): 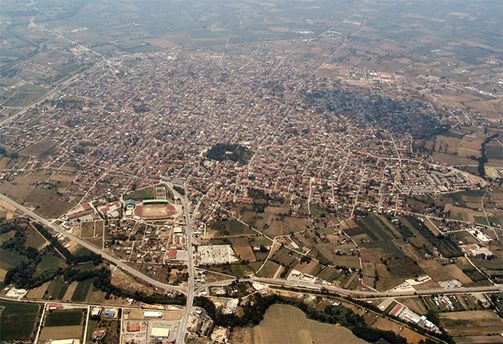 No complains here, since despite the high levels of humidity in winter and summer, Karditsa is located in zero altitude (Greece is all mountains and hills), thus playing on the streets and riding the bicycle was easy! Nowadays my city is called (within Greece of course) a "small Amsterdam" since the vast majority of its citizens are riding bicycles instead of using cars.

Karditsa is also know for on of the biggest in altitude artificial lakes in Europe, "Lake Plastiras" (a must to go visit) 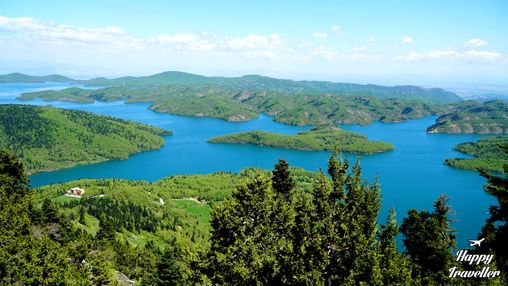 What a beautiful lake Alex!

Yes indeed @Tom Kakanowski! Quite big to be honest and a marvelous scenery! In winter it's covered in snow.