Friday Fun: Can you guess where I am?

For today's Friday Fun, inspired by Katie from Air B&B, we are doing a treasure hunt!

Below is a cropped photo of a famous location somewhere in the world. Can you guess where it is? 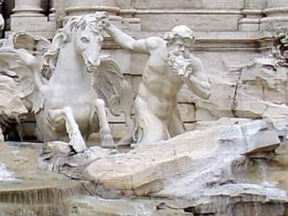 The person who guesses right gets to go next, so get your photos ready.

Thanks to @Laura for the game idea!

I was going to say the same thing, in the limited world traveling I have done that is one place I have actually visited.

This is also my guess!

@John Funk you (and Jimmy and Darline) are all correct! You get to pick the next picture though!

It's definately on my "want to go" list. Sorry, I couldn't resist that quick check... LOL

fountain in my back yard.

Trevi fountain! Love this game. It reminds me of one I played during a virtual happy hour where they show a google maps view and you guess where in the world it is. 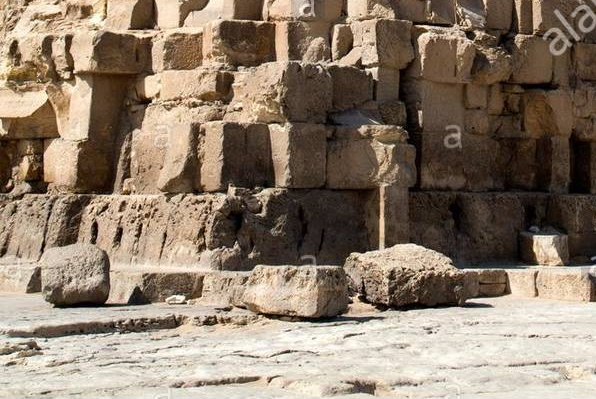 One of the smaller pyramids at Giza?

Tough one @John Funk ... I'm going to agree with @Esther Strom because I can't think of anything and and that guess seems reasonable.

Yes the Queen’s pyramid at Giza! 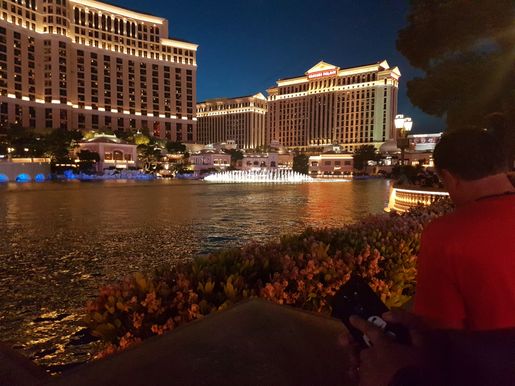 That's the Bellagio in Vegas, isn't it? I was supposed to stay there for Summit in March; it would have been my first trip to Vegas :(

Woohoo! (I don't get out much either; I only recognized it because I did so much GIS'ing back in February before things were canceled.) 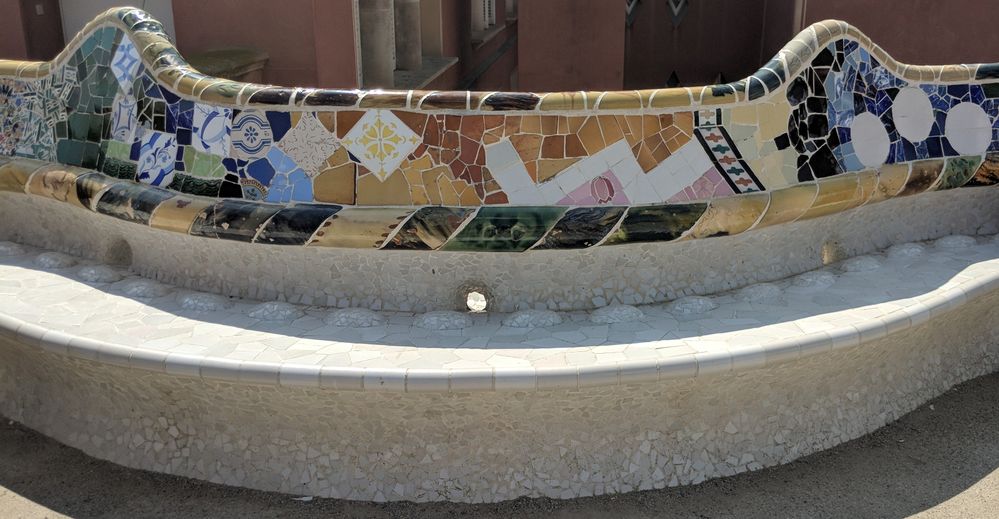 Yeah, I figured as soon as I posted that it was going to be easy... I'm guessing at least some of you were there the same time I was! (Summit 2018.)

@Ivan Lima you're next! 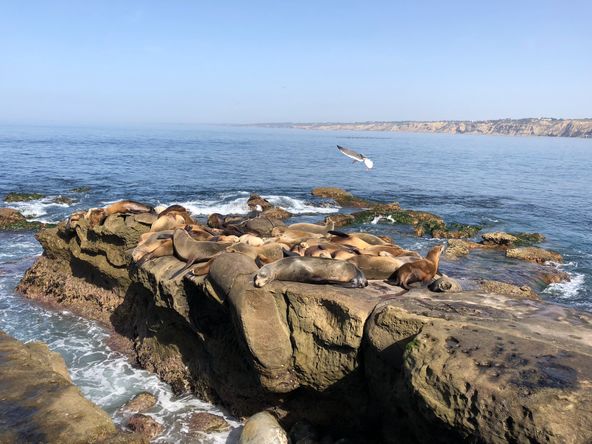 Correct. La Jolla in San Diego. Stunning place and I’m glad the there is no such thing as “digital smell”.

From one of my travels... 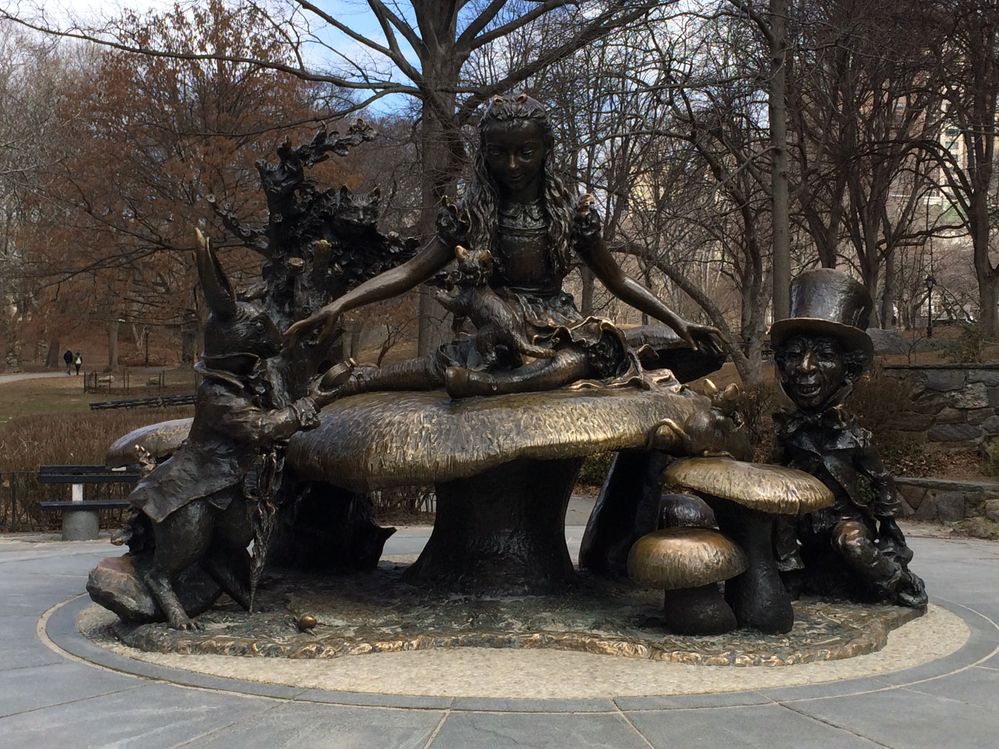 Must admit the works of Charles Dodgson are a favourite of mine, so I stumble into things like this more than most.  That sculpture was not there last time I visited NY, but it's on the list for 2023.

This one might be a challenge - where is "The house that Jack built"? 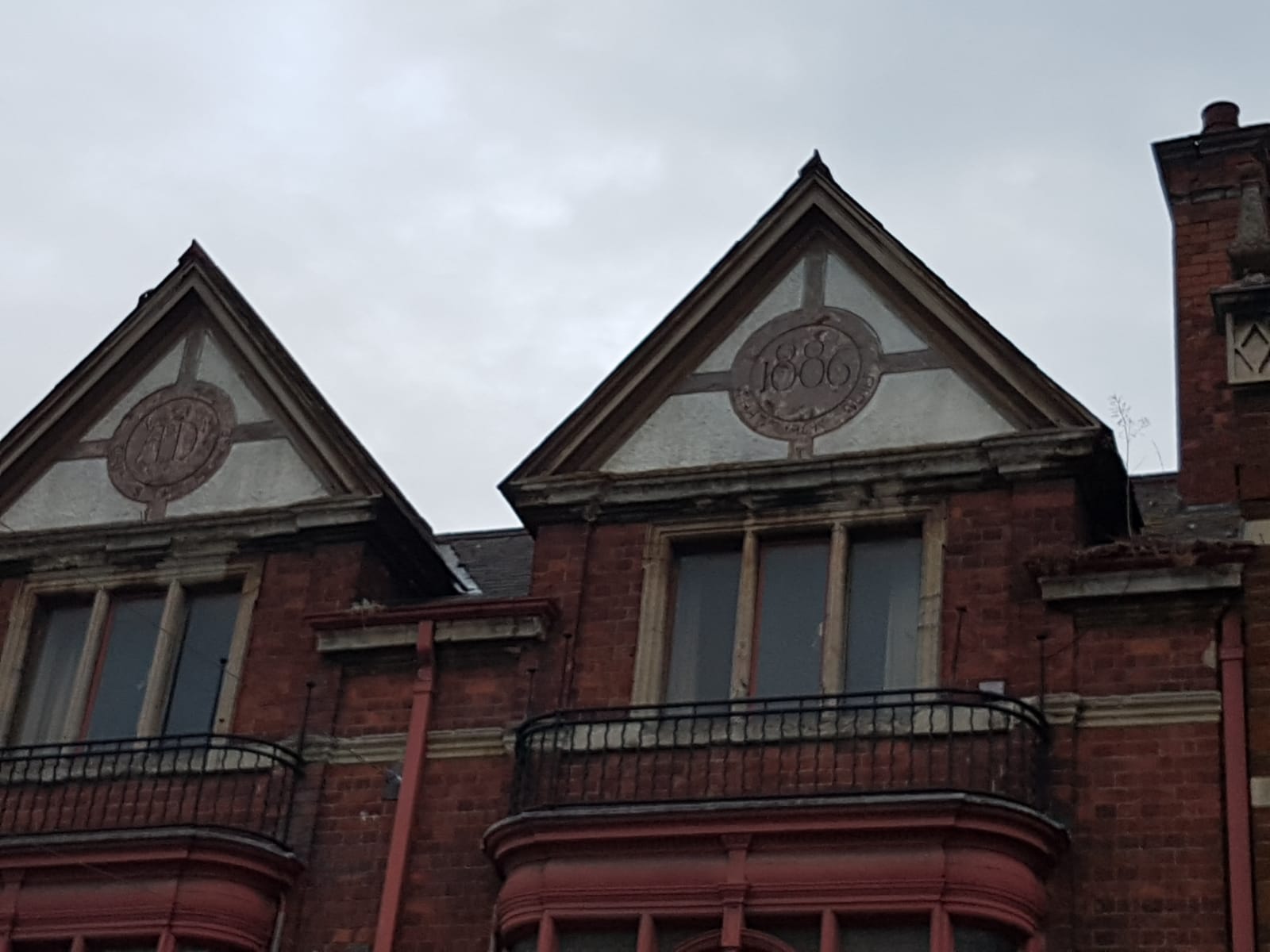 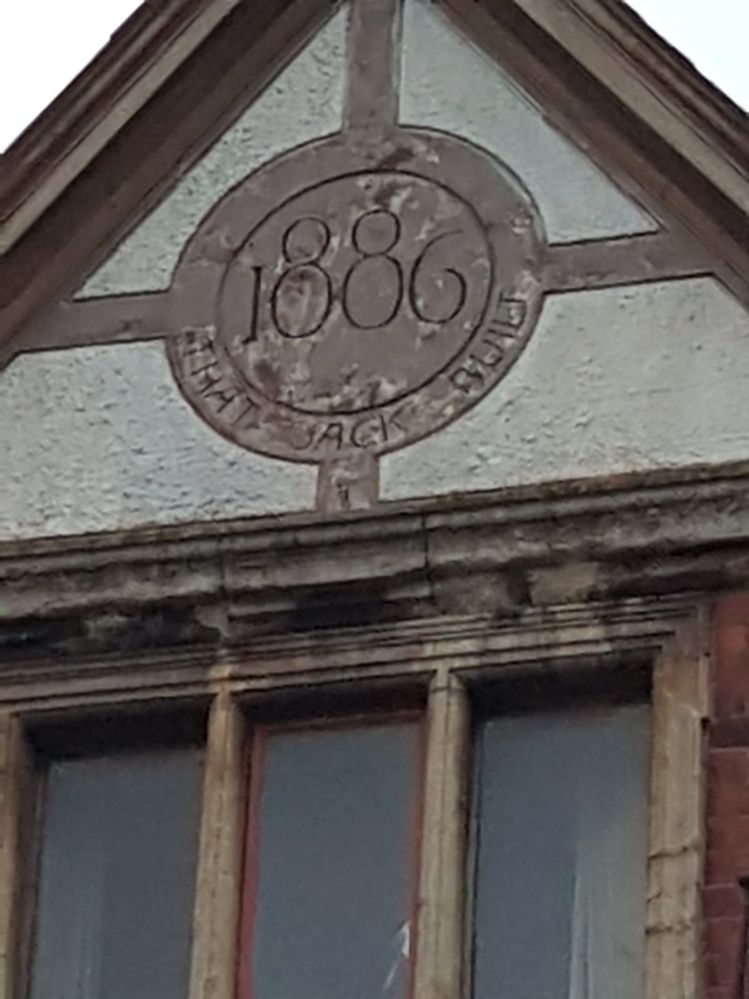 @Nic Brough -Adaptavist- - I feel like this is somewhere in England (or the UK if I'm wrong), but I really don't know where!

Maybe Cherrington in Shropshire England? Just a guess based on my google investigation on the origins of the children’s rhyme.

This is hard to Google! @Ivan Lima does your Google lens work on this one?

Otherwise we might need another clue @Nic Brough -Adaptavist-

I tried Google Lens on this and got photos of churches (the top photo) and coins (the bottom photo). Not at all helpful! Definitely need a clue, @Nic Brough -Adaptavist-

It is very very obscure, I admit, but that's the challenge, right?

The building is flanked by a couple of old coaching inns, one late 16th century and a larger one built in in the mid-1600's by a supporter of Sir Francis Drake and still carrying the name of "The (Golden) Hind".  The House that Jack built is, obviously, 250 years younger.

Well that hint did the trick! Wellingborough, England at 37 Sheep St. I think I got a full mani-pedi done there once. 😉 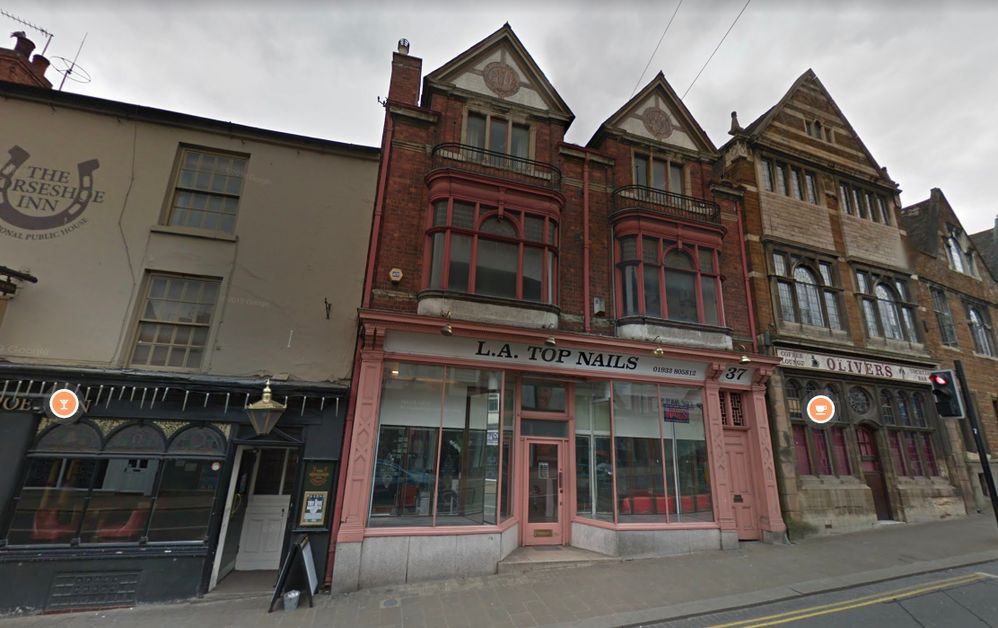 Good question, @Monique vdB. I was not even bothered to try Google Lens for this one because I figured it would be a "google-proof" type of challenge.

Now, assuming I am correct (Nic?) I’m going to nominate @Laura since I have already posted.

....or @Ivan Lima please jump in with an image!

You got it @Jack Brickey !

Here's a pic from an Atlassian business trip a few years back... 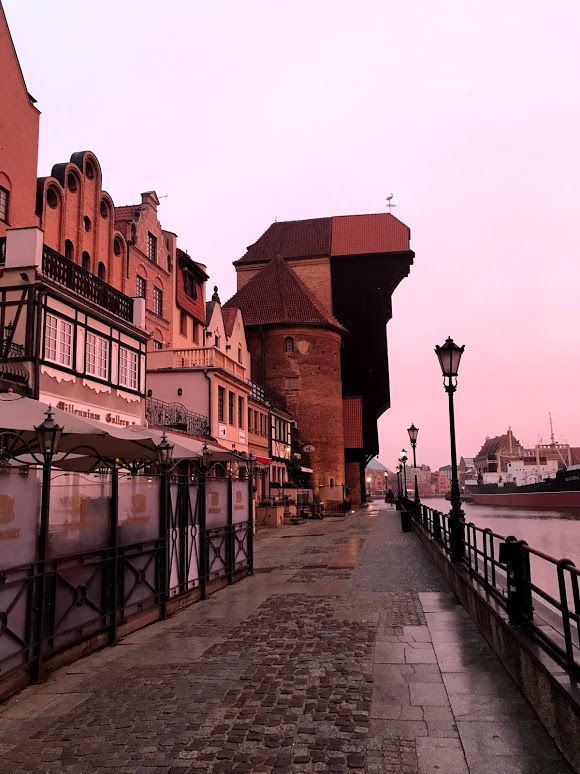 Oh, that's beautiful! I cheated with GIS; I'll wait to see if anyone else knows the answer honestly :)

Going back to my picture - yes @Jack Brickey  it's Wellingborough.  5 minutes walk from my house.  I use it as an example of how people fail to look up - most of the locals have no idea it's there, I noticed it the day I moved here.

Looks like a wonderful area @Nic Brough -Adaptavist- . Hopefully one day I will get to visit and we can meet a the local pub.

OK, it's been a week and I haven't seen an answer, so here's mine. It's one part of the National Maritime Museum in Gdansk, Poland.

Oh wow! looks like you got it @Esther Strom, stump us!

Is it Rome or Vegas?

@Phil Vitale yes the original post was the Trevi Fountain! Esther's gonna try and stump us next.

(Original one was unfair since it wasn't a permanent part of the location; if anyone saw it before I changed it, it was a yarn-bombed window at Blarney Castle.)

Somewhere in the Crochet Islands? ;-)

this is going to be tough!!!

You're too fast, @Jack Brickey ! I changed it; I figured it wasn't fair since the photo was one I took last year and might not have been part of the site for more than a week.

that was my second guess!

maybe Epcot but there are a number of geo-domes around so...

My guess is Epcot too!

I'm really bad at this! Yes, it's Epcot. @Jack Brickey you're up.

Ok so hopefully this is hard but someone can still figure it out. I visited here during a business trip many years ago and hope to return. If no one gets it within a couple days I can expose a bit more of the photo. 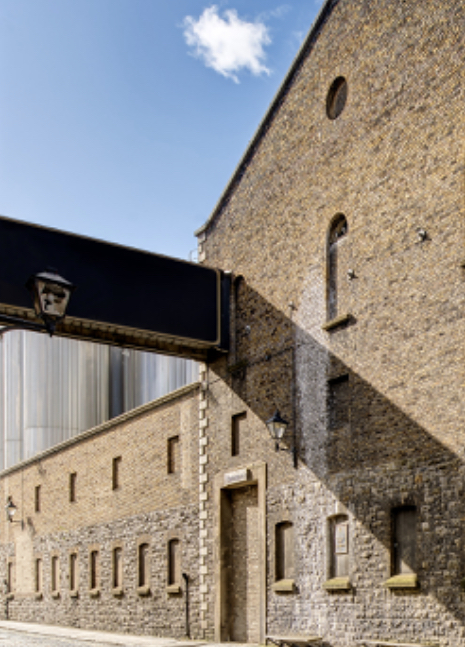 @Jack Brickey is that the Guinness factory in Dublin?

Ah another lover of Guinness possibly? Indeed it is!!

I was just there last summer! Can't believe I didn't recognize it.

I do enjoy a Guinness Jack, yes.

@Esther Strom I was there last year (early summer) too - it had been about 12 years since my previous visit, but the tour was as good as ever

I think my photo will be far too easy - but it's very special to me as it was the first time my fianceé and I left our home continent together.  I've cropped to make it a bit harder but I'm sure someone will be getting it very quickly! 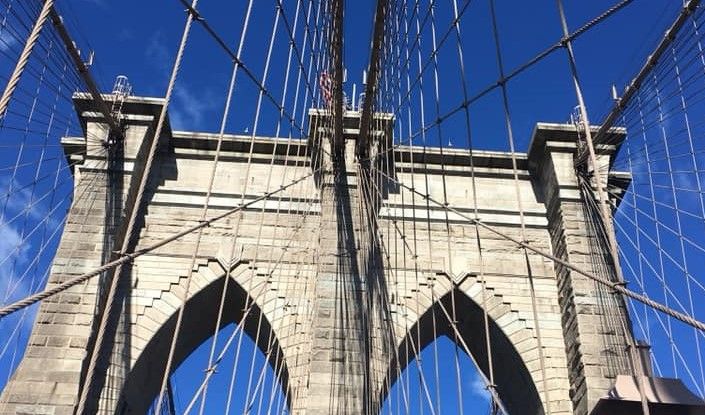 Correct @John Funk - I did say it was easy!

I know you've done this already John but do you want another go?

This one is likely easy also. 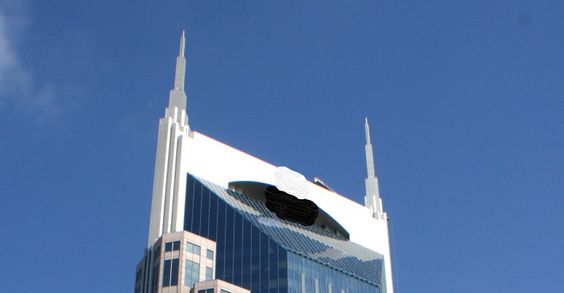 Is that Finn the Human from Adventure Time? 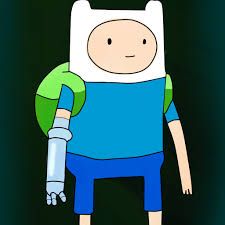 Is it the Batman building in Nashville?   (Not a clue of the real name, only the nickname)

Yes it is Nic! AT&T building in my home town 😊

@Nic Brough -Adaptavist- you're up again! 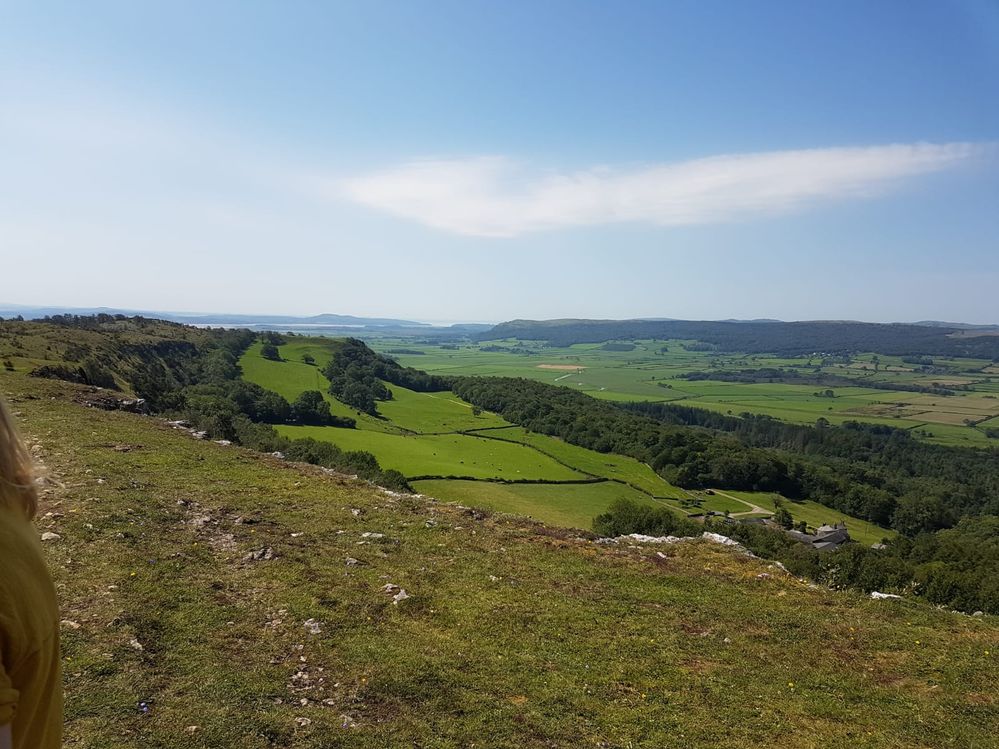 So, as @Monique vdB says I get another go, here's one from a holiday (yes, please do ignore Chrissy's hair at the left, the other photos from this walk were fuzzier, less green or had even more of my family in them).

I thought a landscape would be a change from the buildings we've seen so far.  But I know that landscapes are much harder to place, especially when there is nothing peculiarly distinctive in them, like a unique building.  So a small clue is that if you can work out what nuclear reactors are in the photo, we're around 20 miles from them...

Oh, and I'm looking for the name of the hill / park we're in before I'll admit you've found us.

I’m thinking this is Collard Hill. I saw a BBC bit on the blue butterfly 🦋 several years back on BBC and this looks like that area.

I like the thinking, I was ambling around there a few years back (I'm one of those people who bought a lifetime National Trust membership and probably used it so much, I made it worth it within half a decade)

But no, Street doesn't have that view of the Atlantic or that many nukes.

Just noticed that I never answered this one.

We're looking South, over the river Kent (which is nowhere near Kent) to the Heysham nuclear reactors, while standing on Scout Scar in the Lake District.

It was Trevi Fountain, Piazza di Trevi from Rome, Italy

It was a pretty nice place.

It was Trevi Fountain, Piazza di Trevi from Rome, Italy

Love this game. I was checking some old Friday-Fun Posts and came to this thread.

Can you guess this place? 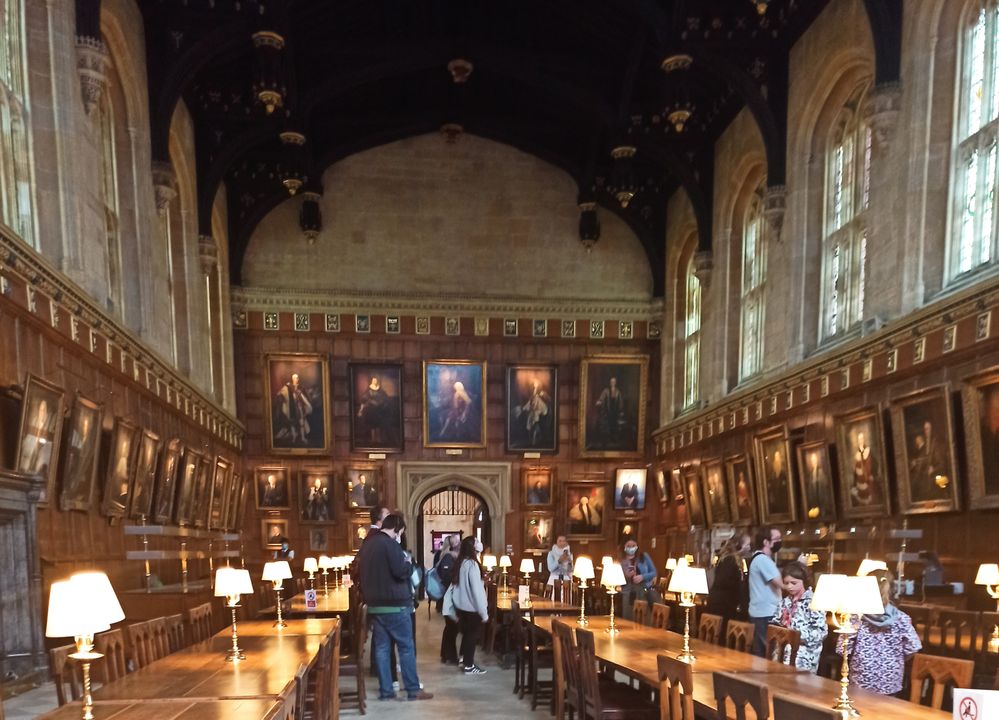 Aw yes, thank you for bringing it back up @Suvradip Paul! I am going to randomly guess the British library. It looks like an old-timey European library to me!

No sorry @Monique vdB  it's not library. But thanks for guessing.

@Monique vdB   - I can give a hint. A movie set was created in studios with references and photos from this place.

Oh, I think I know, I've had dinner with old school friends there a couple of times, if I'm recognising the right one.

I've also eaten there, many years ago.

@Monique vdB - You are on right way ! It's based in UK. I am giving another clue.