Jira Release Management: How to build and share Release Plans in Jira and Confluence

When an organization delivers inter-connected applications, there are two scenarios:

In the 2nd scenario, the task of synchronizing Releases is usually given to a Release Manager (or a Release Team), responsible for implementing processes and making sure all Delivery Teams follow them.

In the past 5 years, I discovered that too often, Release Management Teams are using E-mails (a lot of emails), Spreadsheets and Shared Calendars to support those processes. It can definitely work for a few applications, but as soon as the number of applications grows, it becomes a nightmare.

In this article, you will understand how easy it is to build a multi-application Release Plan with Jira and Golive, and share different views of the Plan with different stakeholders.

To make it real, I'm taking the example of Swiss Re, one of our customers.

Let's focus on a Release Management Team, responsible of the delivery of 12 (very) inter-connected applications

In September 2019, they were using a shared Excel Spreadsheet in order to store their Release Plans:

People from the Release Teams spent most of their time answering to calls and emails asking the same kind of questions:

Also, they often had trouble when editing their Release Plans: 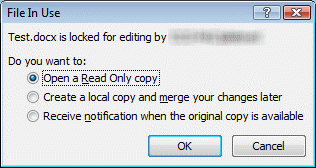 For having a single source of truth updated in real time and accessible for everyone, they replaced their Excel file with Confluence Team Calendars:

It was a revolution and stakeholders were happy! But there were still some requirements not entirely fulfilled:

They needed a proper Environment Management tool to go further in improving their Change and Release Management processes.

After having a look on the Atlassian Marketplace, they found Golive, the Release and Environment Hub for Jira.

In a few hours, they installed, configured the tool, and imported their already existing Confluence Team Calendars using the import feature.

Similar to Team Calendars with some advanced features like:

The possibility to watch specific environments was a game changer.
They replaced tons of emails to distribution lists by granular push notifications.
All team members and stakeholders can subscribe or unsubscribe in a single click!

A few weeks after migrating the Release Plans, Swiss Re decided to automate the updates of the versions deployed.

Deployed versions are now updated in real-time in all their Jira and Confluence dashboards:

And they can easily compare the plan (milestones) to the reality (yellow boxes):

In summary, Jira and Golive helped Swiss Re Release Management to:

The Release Team noticed a 50% decrease in calls and emails after this change!

Choosing the right tools for Release Management can make a huge difference, and it takes less time than you think to install and configure it.

It took Swiss Re a couple of months from the discovery of Golive until it was live in production after a PoC phase.

Do you want to learn more about this case study and Golive?

> Read the full case study on the Apwide Blog