Is your team blocked – how to check it easily?

How to identify blockers slowing down your teamwork?

Workflow management is surely one of the most challenging parts of running any company. Prioritizing the work that matters is what project managers and leaders face every day, not always successfully. When team members struggle with more work than they can possibly handle, they are more prone to make mistakes. It leads to poor quality work and delays, and as a consequence unsatisfied clients and budget overruns. As the company cannot allow itself to lose its reputation, it has to look for a way to handle this issue.

When a project just stops moving forward, it clearly shows that somewhere along the way a blocker appeared. A blocker can be anything that stops the delivery of the project and its smooth workflow. It can very often be the so-called ‘human factor’. Some team members can be unable to complete their tasks because they are waiting for someone else to make a decision or deliver a solution. For instance, a graphic designer may be anticipating his project manager’s clarifications needed to complete the design work.

Developers may be waiting for the graphic designer to deliver the design before implementing a new software feature. When the workflow is disrupted, problems pile up and initiate a chain of blockers. Without the proper reaction from project managers, the team cannot advance at all.

Everyone faces blockers in their daily tasks, whether they’re small distractions or big, at first sight, unsolvable problems. The ability to identify what’s troubling us, in any situation, is crucial to stop problems from cascading. By defining what blockers are and working out a strategy to remove them, it is possible to keep work processes advancing and project teams reaching their goals.

Here are some ways to find out why blockers occur and what can be done to get past them in a team project.

Without a clear and visible project plan, people become overwhelmed, that’s for sure.

The beginning stage of each project is crucial in avoiding the emergence of blockers along the way. In order to assure a smooth project workflow, a project manager ought to note each task’s importance and time sensitivity in a team project plan. In this way, team members can tell which tasks should get the primary focus on any given day.

Another good idea is to order tasks by the priority of attention. It refers to tasks that have to be completed in the next several hours or similar short deadlines. Dropping them would have serious negative consequences for the company, such as, for example, missed client deadlines. One could also prioritize workload according to the highest value to the business or the most effort needed for completion. Whatever tactics, it is good to have a plan and tools to deal with blockers and minimize their negative impact.

This provides the information needed to solve an issue and guides the team in the right direction. If a blocker appears, a project manager shouldn’t be afraid of asking questions. It is important to talk about a recent project that went well as well as a project that didn’t. Asking about the differences and the people involved in similar projects from the past is also not a bad idea. In this way, it’s easier to find whether there’s a single person responsible for blocking or there’s a poor process that’s causing the blockage.

If the team working in an Agile development environment, a daily scrum is an ideal way to discuss blockers and brainstorm ways to deal with them. Every daily scrum should have a part devoted to uncovering the hidden blockers. A project manager can ask team members if they had to stop, slow down, or hesitate at any moment when they were working on recent tasks. If so, they should be asked about the causes of such state of affairs and solutions that may be helpful in avoiding similar issues in the future.

There are several things and tools that could help project managers in tracking a team’s work, verifying their reliability and simply see what’s going on in the project. A way to make leading a project easier is to extend Jira by appropriate add-ons like eg.  Agile Dashboard for Project Management.

An easy-to-use work tracking tool gives your team the opportunity to see each other’s progress and helps to stay informed on any updates, issues, or blockers. Tracking can also make it easier to follow back to the source of the blocker. Agile Dashboard for Project Management gives you the possibility to spot blockers instantly.

Thanks to Hot Tickets gadget you get the list of issues that consumed most of your team’s energy and attention so you could easily track the current situation in the project.

Problematic Tickets, on the other hand, provides you with the comprehensible set of reasons for the difficulties and their impact so you could only focus on the right solution. With Problematic Tickets gadget, you can not only faster identify problems in your issues but also define the obstacles preventing the whole process from proceeding smoothly, e.g. wrong estimation, description or lack of assignee. 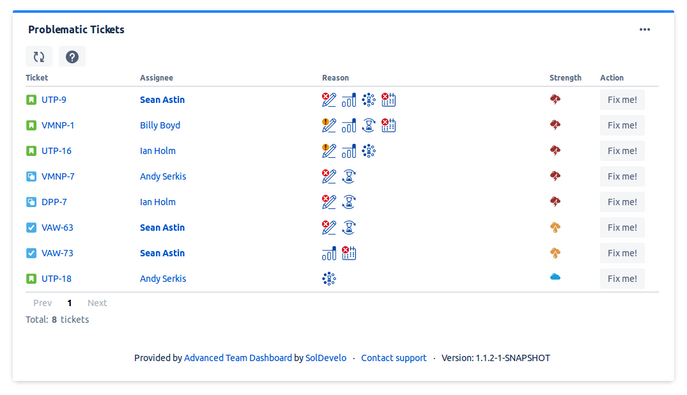 Automating as many tasks as you can

It refers to approval processes, too. Most companies have at least one process that, at some stage, demands someone’s approval.

Approvals have to be quick and easy to accomplish so they are not causing project blockers. If work needs to be approved by particular individuals before further tasks can proceed, make sure they are able to do it with a click of a button.

When it comes to project blockers, denying one’s own problems is a real thing. It’s very easy and tempting to ignore a blocker and, for example, explain to yourself and others that you’re going to come back to it later. It is also common to pretend that you’re not blocked, you’re just changing your priorities. Do not go this way, stop avoiding problems and procrastinating!

Remember that such behavior can delay the inevitable for a long time, but sooner or later, blockers turn out to have to be dealt with. Sometimes you have to acknowledge the fact that you are not omniscient and you may need somebody else’s help to complete a task. At other times, you need to stand up for your rights and simply talk to a team member who’s holding up your progress.

When building your own task list, always try to keep other team members in mind. Prioritize items that are blocking others from doing their piece of work. When dealing with any task, try to learn what information others on the team will need from you and try to provide them with it, in order to minimize common effort and get rid of misunderstandings.

Because, in fact, effective communication between team members is all it takes to avoid blockers or deal with them successfully. Sometimes we are so into our own thoughts that we miss solutions or details that others would have noticed sooner if we had worked as a team. Lack of team cooperation impacts the outcome of a project and ineffective communication is more than often responsible for workplace failures.

Solving issues from inception before they become a big problem is possible only when we invest our skills and efforts in building a positive communication climate in the workplace. When employees successfully work together towards common goals and in a common spirit, a lot of positive energy is generated, which, as a consequence, makes it possible to achieve great results.

This blog post was created by SolDevelo Team and is available also on our blog. 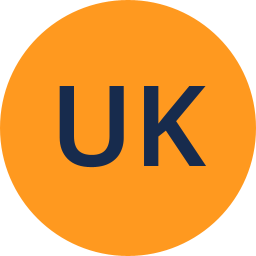