How a Marketplace app tech team is achieving gender diversity

Hello! My name is Genevieve Blanch, and I'm the Marketing Manager at RefinedWiki, creators of apps to give teams the tools to customize Atlassian platforms. Currently, 44% of the tech team at RefinedWiki are women. 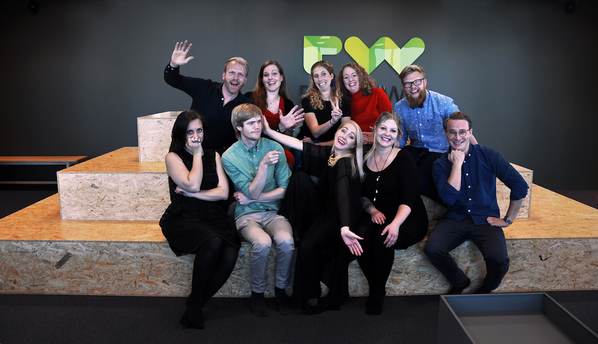 In the tech industry, an equal number of women to men on a tech team is extremely uncommon, and moreover, there is already a small pool of female applicants. With a bit of luck and focus on having an open company culture, the chances of achieving gender diversity might just increase, as it did for us at RefinedWiki.

Just over three years ago RefinedWiki had an all-male tech team and was an all-male company. Now in 2018, our tech team is almost 50% female (50% if we exclude the CEO) operating in a gender-balanced company. While there is no specific recipe for success, we want to share our story about how we increased gender diversity and what we learned along the way.

The facts on a shortage of women in tech

According to research by the Organization for Economic Cooperation and Development (OECD), fewer than 1 in 5 computer science graduates on average from OECD countries are women. Of women under the age of 15, only 4.7% expect to have a career in engineering or computing, compared to 18% of men. Even when women pursued a career in engineering and computer sciences, only 43% work as professionals in physics, maths, and engineering compared to 71% of men. 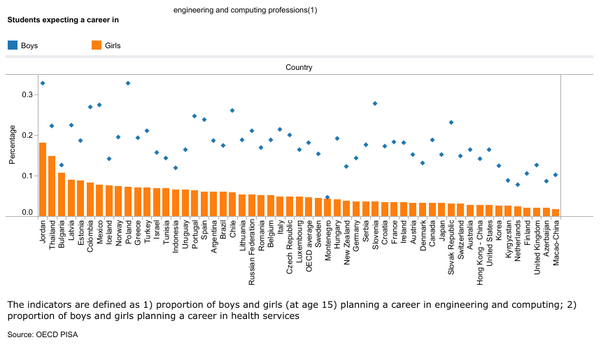 It is clear there is a shortage of women to choose from in tech, which is why we want to point out that RefinedWiki is fortunate to have so many top female candidates applying to work with us. We didn’t go out looking for female engineers, we went out looking for highly talented engineers. We are not claiming expertise in recruiting for gender diversity, but we have come to recognize some factors that likely contributed to our gender diverse workplace.

Our Story: Moving away from an all-male office

For many years now we have seen the company culture evolve and more and more women join the tech team. We recognize three contributing factors to an increasingly gender balanced tech team: 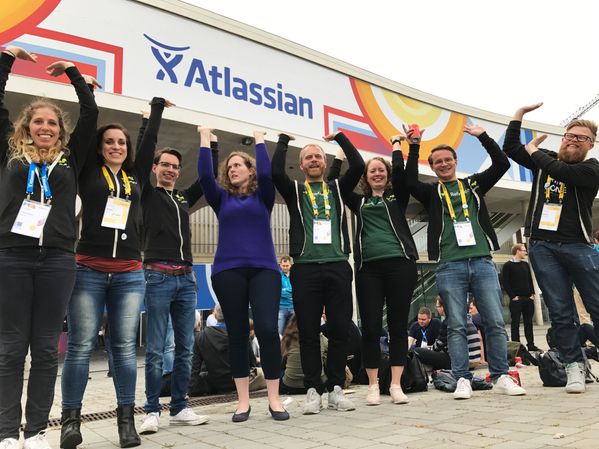 Getting RefinedWiki’s first woman just over three years ago triggered an important change in the company dynamic. Since then the tech team has grown and now consists of four women and five men. Maria, our Support and Test Manager, was the first woman to join the RefinedWiki tech team. She admits that she had spent some time during the hiring process considering what it would be like to work in an office where she would be the only woman, the only team member over the age of 35, and the only one with kids. In the end, the challenge of the new position, the exciting company direction, and “being part of something in the making” out-weighed any hesitation.

When asked about these hesitations, Maria said:

“It is hard to put a finger on it, but it really is the smallest things that make a difference to an office atmosphere, like the topics you discuss at lunch, and the frame of reference for different topics”.

Finding things in common to talk about and non-work related company activities are two noticeable differences for Maria when comparing her first year working at RefinedWiki to now:

“I guess it was mostly that we did not have that many things in common to talk about, and me being there (as the only woman) seemed to keep the rest from talking about what they used to talk about before.”

Non-work related activities have evolved to be more gender inclusive:

“When I started at RefinedWiki many of the breaks included playing video games, which was very popular with the rest of the team, but being last every time, made it not as much fun to participate. Now we tend to play ping-pong, do puzzles, play couronne, or do the occasional stretch session to music during the breaks."

The next woman, Jenny, joined the RefinedWiki tech team with years of experience working as a developer and was accustomed to being the only woman (or one of few) in the tech team. For Jenny, having two women already in the workplace was more of a bonus. It’s since working at Refined that she has come to appreciate the culture that comes with a mix of males and females. To Jenny,  the main advantages of working in a gender-balanced tech team are that she doesn’t feel like she needs to prove anything to her colleagues, and she isn’t singled out as a novel female developer who happens to be talented. Instead, Jenny is regarded as a highly talented developer, who happens to be a woman. 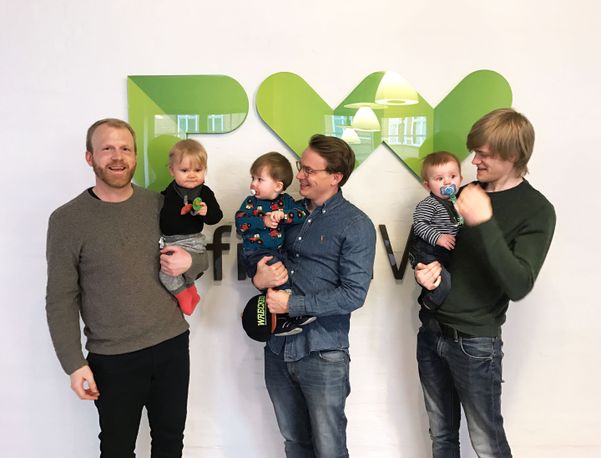 2. Men and women taking the lead on toning down the laddish atmosphere

The change for more gender inclusion didn’t just come from recruiting women, it also came from the men in the company taking the lead towards toning down the boys’ club culture that can come with a male-only company. It takes more than the presence of women to tone down laddish behavior. It is equally up to the men to want to reach gender diversity and being mindful of doing so. Both men and women at RefinedWiki helped tone down the laddish atmosphere. A conscious step in this direction came from senior management and was supported by the RefinedWiki team.

This notion was further affirmed by both (male) co-founders and a senior (male) tech lead in their support of the Swedish government's parental leave offer to take leave for six (+) months to be the main carer of their children. In Sweden, parents are permitted to take 480 days of paid parental leave between them with a minimum of 90 days reserved for each parent. It’s not uncommon to have a meeting with an eight-month-old child in the room, it’s welcomed and accepted. From personal experience as a woman working in a male-heavy software company (as we were at the time), seeing senior leadership prioritize time with their children made me very happy about my choice of workplace. This kind of gesture demonstrates that our workplace interrelationships need not be defined by traditional gender roles. Without such predefined roles, I feel more comfortable to be assertive, forthright, and bold.

Furthermore, RefinedWiki took active steps to support women in tech through their sponsorship of PinkWebDev, a coding course run by the non-profit Pink Programming, an organization that provides coding workshops for women interested in learning to program. 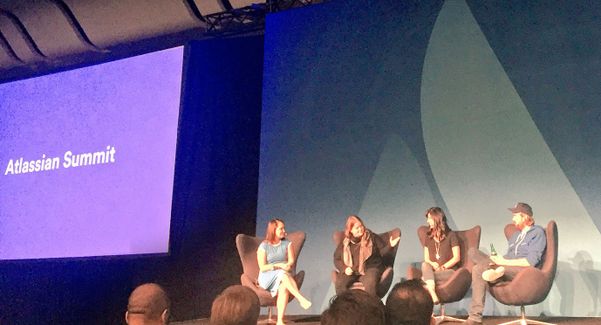 3. Feeding off Atlassian's push for diversity in the workplace

Another factor in our evolving culture was feeding off Atlassian push for diversity. As vendors in the Atlassian ecosystem, we look up to Atlassian as a role model. We learn from their methods and try to emulate their values as our own. Atlassian demonstrated their commitment to diversity on several occasions. Previous keynotes at Atlassian Summits were presented by white males. Now keynotes are presented by Atlassian staff from diverse backgrounds and genders. At Atlassian Summits, Atlassians are outspoken about how they recruit actively for diversity and nurture the value of being an open and inclusive company. For companies like us who look up to Atlassian, this change is a great way to inspire the tech community to follow their example.

RefinedWiki is a more open, better company for our gender diversity. With gender diversity brings willingness for every team member to speak their mind, it brings understanding and lessons from varied perspectives both in and out of our work. It challenges traditional gender roles in business. It means important decisions don’t go unchallenged. It means we are respectful of each individual’s opinion and we are conscious of including the whole team in discussions, activities, and work events. RefinedWiki will continue to strive for an open company culture and to recruit actively for not only gender diversity but diversity as a whole.

You always hear about stats, what a present trend is, how many of whom is being hired. That doesn't help to understand how people are striving to overcome this.

This article really breaks it down on a personal and relate-able level of how they overcame obstacles and worked together to get to an end goal. I shared this out internally to my Organization (we are also a male heavy org).

@Genevieve (Refined Partner Manager), thanks for this great article. I'm amazed at how quickly things flipped for your company. It is always good to see companies that embrace change especially in diversity. I like the chart on 15yr olds. Interesting how Bulgaria and Montenegro stand out among the crowd. I wonder why that is.

Great article! Thank you for sharing! 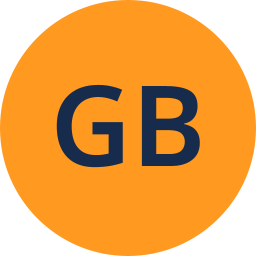