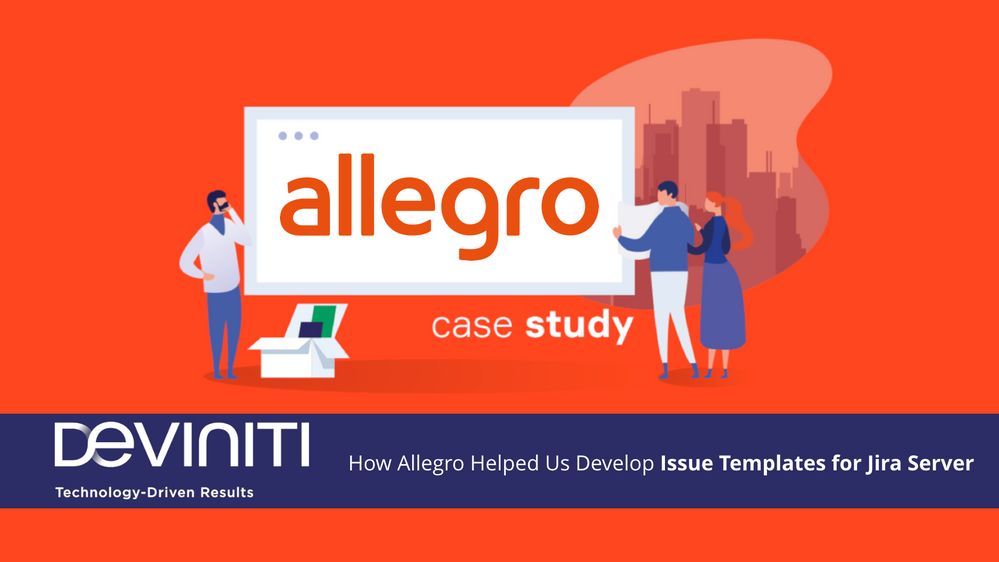 This year, Issue Templates for Jira celebrates its full 5 years on the Atlassian Marketplace. Here's the story of the app's evolution and a dose of practical experience from Allegro - Polish e-commerce champion, who were its originators.

The evolution of Issue Templates for Jira

We released the first Marketplace version of the app in April 2013. Back then, it required deep knowledge of Jira to implement, and it took almost 2 hours to configure it before the first run. You would normally need to scroll through an enormous pile of fields to configure a template on the Create Issue screen. The Scopes configuration was totally unreadable compared to what we have now, and you would need to check a custom field's ID every time you needed to add it to a Scope. Not every field's values could be copied to the Create screen after selecting a template - for some field types, you would have to set up a dedicated workflow post function and a separate Scope. Even though we still have two separate Scopes for Autocomplete and Copy in the Server 7.x version, now the second one is used only for copying Sub-tasks and issues under an Epic. 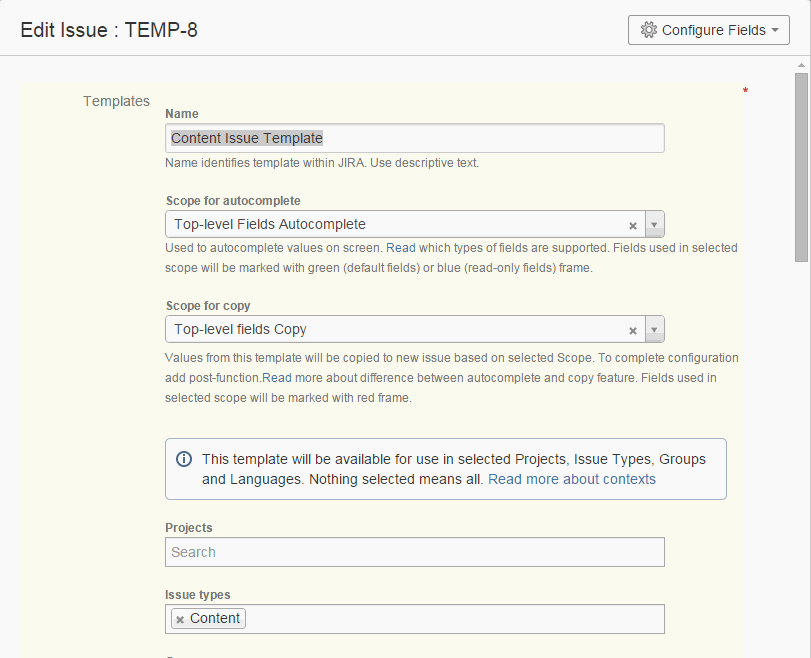 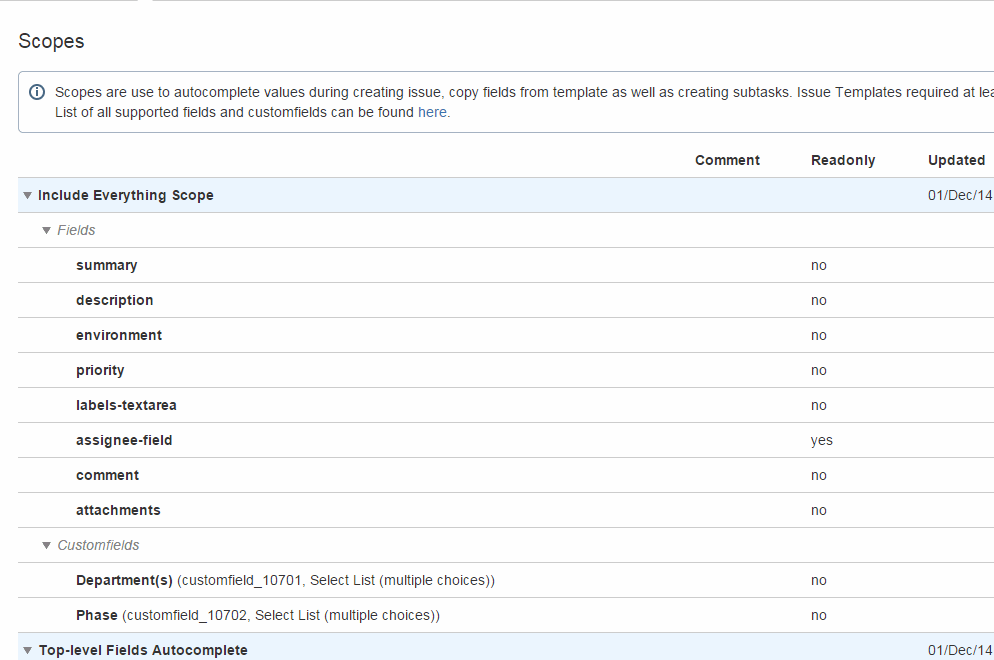 We gradually improved the app's user experience, added new features and fixed bugs thoroughly. Version 4.2 introduced variables for the first time, and over a year later version 4.3.20 enabled using Issue Templates in Jira Service Desk. What became a real breakthrough in the app's development was the 6.0 version, which presented an 80% performance increase and a whole new configuration view, neatly structured in tabs on the Create screen. We were so happy about the result that even the release notes' title simply stated: The greatest version ever! 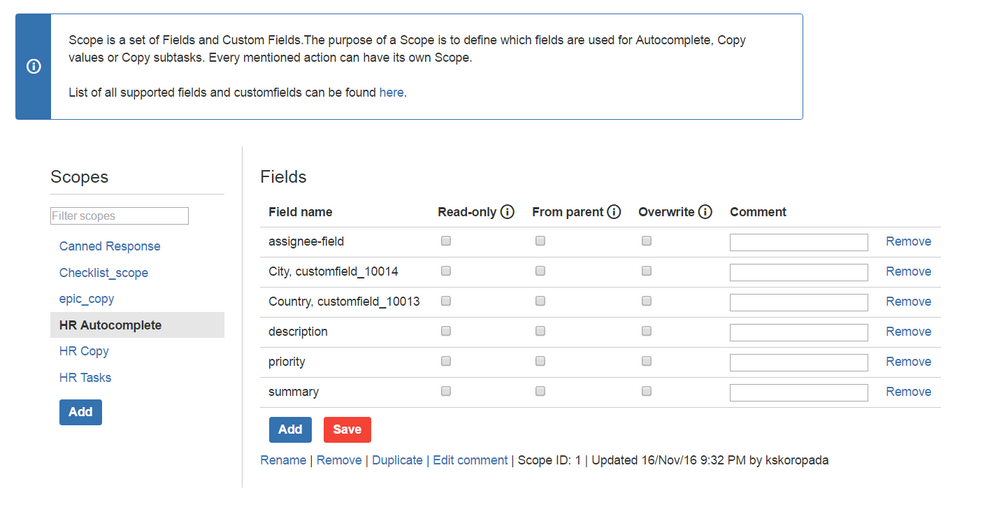 But we barely stopped there, as only 3 months later we implemented the Copy Epic post function, which dramatically increased the app's use possibilities. Version 7.0 further improved navigation by moving Template Details onto the issue view, where templates and custom Scopes can be set up. 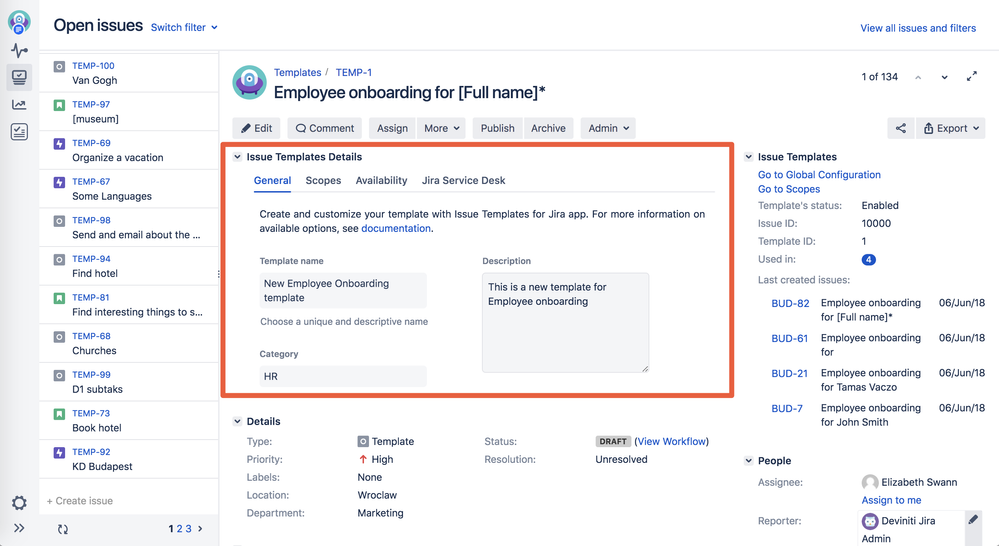 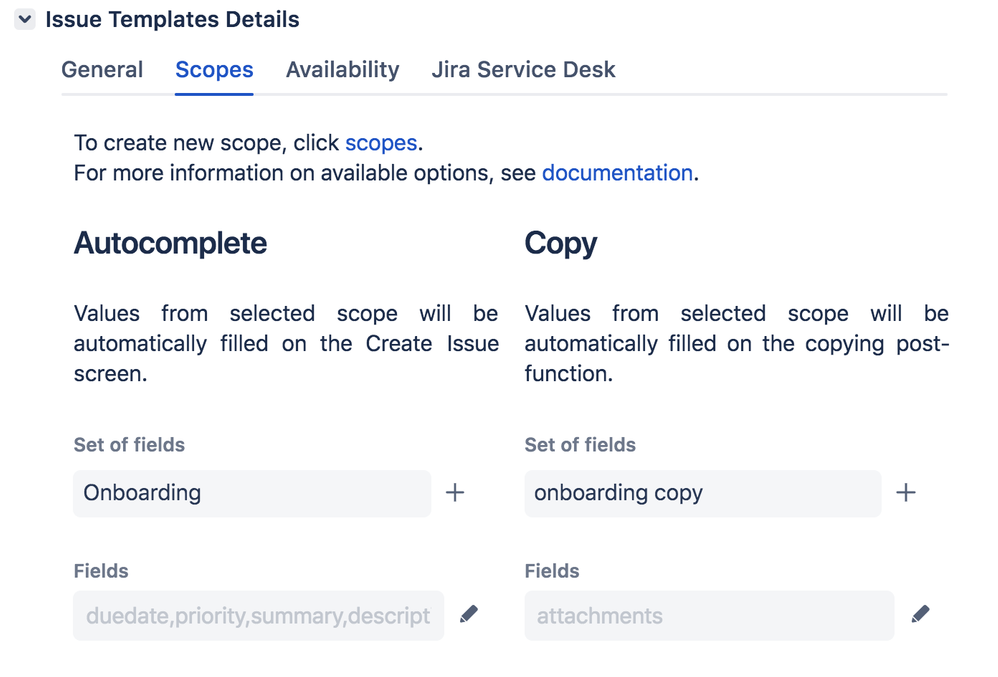 Sebastian Krzewiński, a former Senior Application Engineer at Allegro, compared the first version of Issue Templates to a Wright Flyer, and the current one to a Boeing Dreamliner. 'You can fly both, but you wouldn't cross the ocean with an old design', he said during an interview at this year's Jira Day 2018. Over time, more and more teams in Allegro made use of the app for themselves, and now almost the full 2000 users' squad creates Jira issues from templates.

Allegro has over 90 million listed items, over 21 million registered users and 17 million unique visits each month on its e-commerce portal. Every day, over 1 million items are sold via the portal and mobile apps. At a certain moment, their Jira Server implementation could not handle 2000 users across 5 locations and 950 projects with 2 million ticket volume anymore, so they even migrated to Data Center to address the situation. With such a workload, the team was faced with the challenge of creating lots of identical Jira issues, especially in the areas of change management and IT support. Because of that, one day they came up with an idea to be able to template such tickets and asked us to implement the feature as custom on their instance.

In Allegro, every Jira user can manage templates in the repository project, which simplifies their workflow a lot. During over 5 years of the app's use, the teams created a bunch of custom Scopes for different use cases, such as planned, operational and emergency issues in change management and internal IT services. Some of them contain just one field, and others are more developed. The templates themselves are updated regularly by adding fields and subtasks. The IT team, who have tested the app first, created a list of identical issues that are created most often and thus should be templated. The Autocomplete feature takes the burden of filling in the same fields from their shoulders. For change management, templates with variables are used, which allow them to provide the right details dynamically and not to forget any of them. To manage such a big amount of issues, the team put all the templates into categories and use createFromTemplate JQL function on the Issue Navigator. This helps them monitor the issue load as well as diagnose and prevent possible problems. 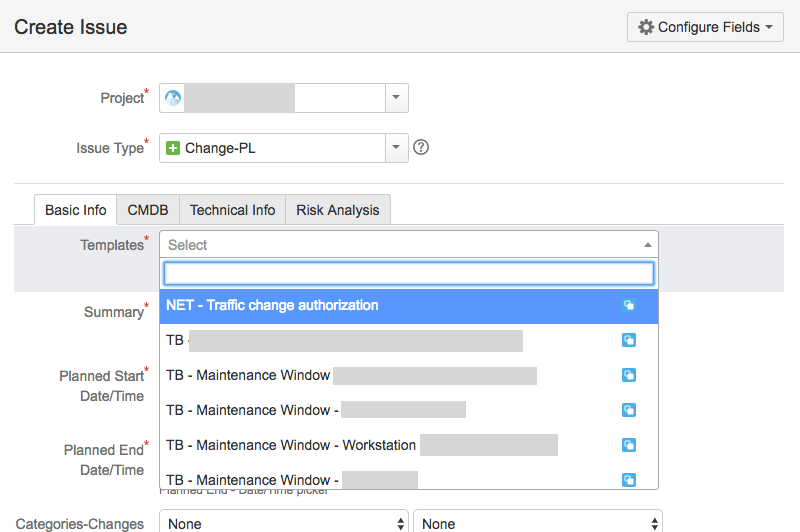 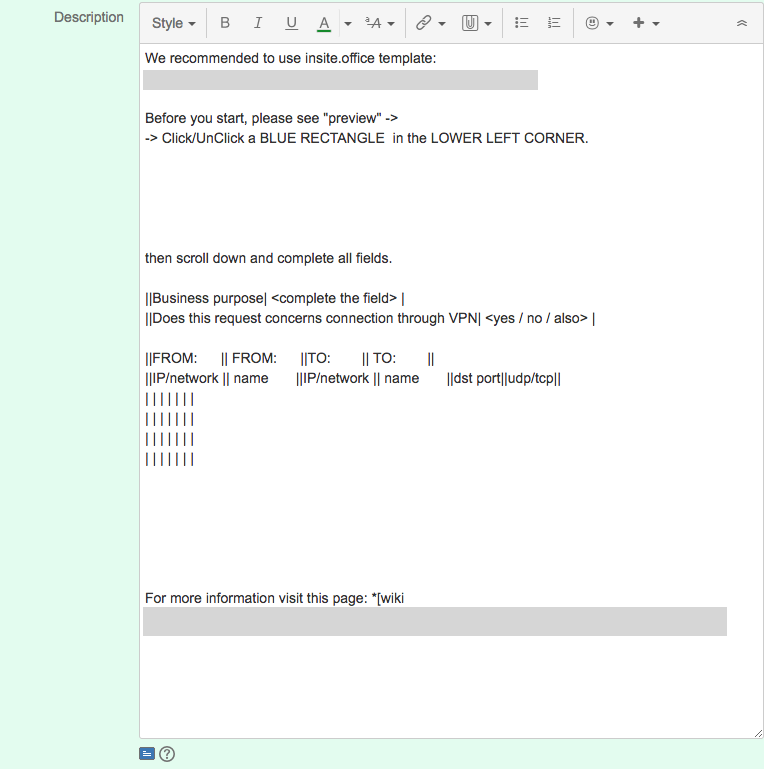 An example of a traffic change authorization template in Allegro

This example shows that with the help of Issue Templates, people on every project role can choose what's relevant to them, save their working time and make Jira Software adjusted to their workflow. Through tight collaboration with our Support team, we continue to exchange feedback with Allegro and improve the app, as the functionalities it offers became crucial for many of the company's IT processes. On the roadmap for versions 8.0 and on, we have further UX improvements, the Template Navigator under Jira projects, as well as scheduled and linked issue creation.

We're extremely grateful to Allegro for the brilliant idea and valuable advice in developing Issue Templates!

Our team of Atlassian Experts can provide you with implementation and customization of Atlassian solutions to drive your company's business results. In case of any inquiries feel free to contact us at support@deviniti.com.

Good story, bro! I still remember our first talks on Issue Templates prior to development. Why We (as I was part of Allegro then) came to Intense with request, first set of functional and non-functional requirements, tests of first Alpha, Beta versions and all that stuff. And I still consider it as one of game changers in Atlassian Marketplace.

It was fun and I am still proud of what Intenso/Deviniti achieved with it.

Thank you @PJ Wysota for your kind words, and thanks even more for the priceless help in the app's development! We appreciate it very much.