At my organization, we have a custom issue type for "Initiatives" which live above Epics. These initiatives require detailed reporting, which I have created a dashboard template for. At this time, I need to manually copy the dashboard, then modify each gadget manually for the Initiative issue.

This could also be useful for people who want to have dashboards relating to Epics or Release Verisons.

When configuring the Create Dashboard action, the user would first have the ability to select if they would like to "create blank dashboard" or "copy an existing dashboard". They would then have the basic inputs for a Jira dashboard:

There should also be a toggle for "copy values from source dashboard" if they have selected "copy an existing dashboard" in the first step.

Lastly, again if they have selected "copy an existing dashboard" in the first step, the user will want to customize the dashboard based on whatever triggered the rule. To avoid the need for any complexity with full customization of the dashboard's gadgets from the Automation for Jira rule creation/editing page, there could be simple "find and replace" options where users could replace values in the gadget's configurations, such as:

Through this, a user could have a rule that is triggered (say, based on Initiative/Epic creation) that executes an action for Create Dashboard. The action could duplicate an existing dashboard where any existing JQL or issue-related configurations of the gadgets would replace issueKeys with the issueKey of the Initiative/Epic that triggered the Rule (via a Smart Value).

Of course, all of the fields above would need to support Smart Values as well :-)

Oh, and bonus points for returning the Dashboard URL as a Smart Value or something of the like so that I can use another action to link it to the originating issue. 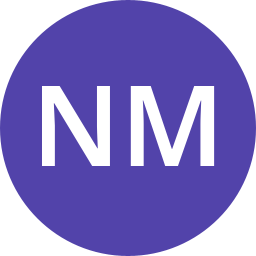 Awesome feature write up. I've created an issue to track this at - https://codebarrel.atlassian.net/browse/AUT-1108

It would definitely be a complex/nuanced action but I can see enabling a powerful use case.

Can't make any promises on dates.