While setting up a new project I ran into an issue with a dashboard gadget for traffic lights.

I have a traffic light field named "State" that displays Red, Yellow, Green, and Blue for issues that are "In Jeopardy," "At Risk," "On Track," and "Complete." 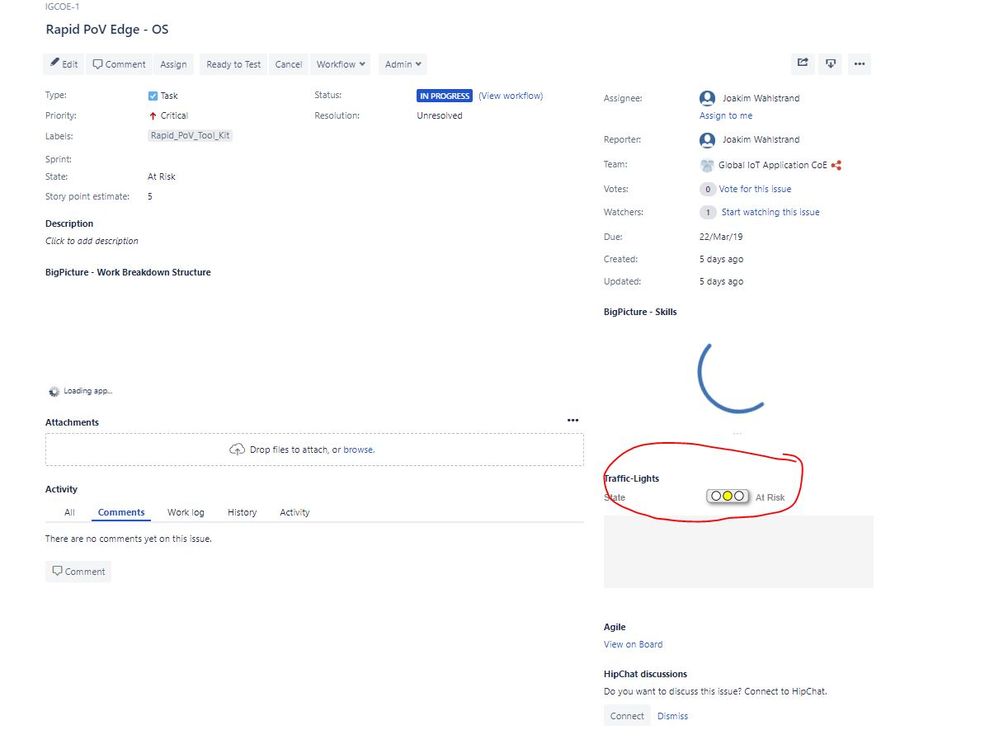 These work fine when viewing an issue in Jira, but when I add them to a dashboard using the "Filtered issues incl. traffic-lights" gadget all the traffic lights are white. 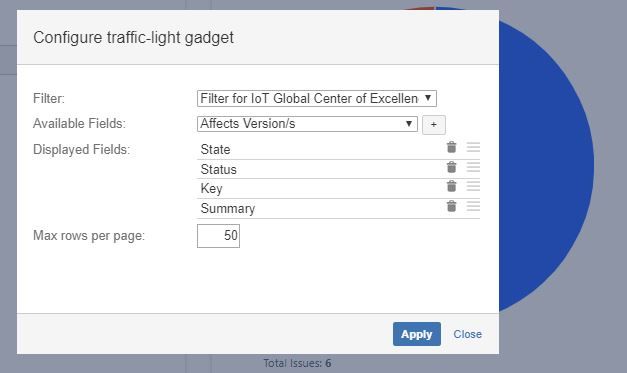 I tested this in another project to see if I could replicate it there. I set up the dashboard the exact same way, using a project that had issues where some had traffic lights set and others still had the field set to "None." (There were quite a few, since the field is not required and I haven't completed my automation in the workflow for this project yet.)

I selected an issue from the gadget that did not have a light at all (the "Sprint 0" issue; at the time it was just like the issues above it...I know; it's not really Agile, but it works for us and that's another article anyway.) and added a value to the traffic light field "State..."

...and eureka! when I refreshed the dashboard the light was there.

So...lesson learned: Set up the dashboard gadgets on a new project before starting to add issues, if possible. Otherwise, some of the values may not display correctly until the data changes.

I can replicate this for traffic lights, has anyone noticed any others that exhibit similar behavior?