If you already heard about Smart Commits in Bitbucket, know that you just stumbled upon something even better (and smarter!): Genius Commits by Better DevOps Automation for Jira Data Center (+ Server).

What are Bitbucket Smart Commits?

A Bitbucket Smart Commit allows developers to use three pre-defined commands in their Git commit messages which will trigger certain issue operations. You can transition issues, log time on issues, and comment on issues.

The smart commit commands that you can use are, therefore:

So, with Bitbucket Smart Commit, you could commit your code changes with a commit message like:

which would also log time against the Jira issue SIA-878, post a comment on it, and also transition into a different status. It's a pretty neat thing to do with a single commit, without context switching and other disturbances.

If you feel that more and customizable commands would be more powerful, read on because that's exactly what's coming and even more.

What are Genius Commits?

Genius Commits are unlocking next-level productivity for developers by providing more commands to use out of the box and the option to add new commands.

If your team hasn't adopted Git or Bitbucket, you can still use Better DevOps Automation for Jira for automating your DevOps actions. You can use other Git clients or Version Control Systems like Mercurial, Perforce, or Azure DevOps.

Instead of having just three hard-wired commands to use you can choose from a list of 11 default commands when you install Better DevOps Automation for Jira:

To add new commands, you can use the intuitive configuration panel and create your own custom command. 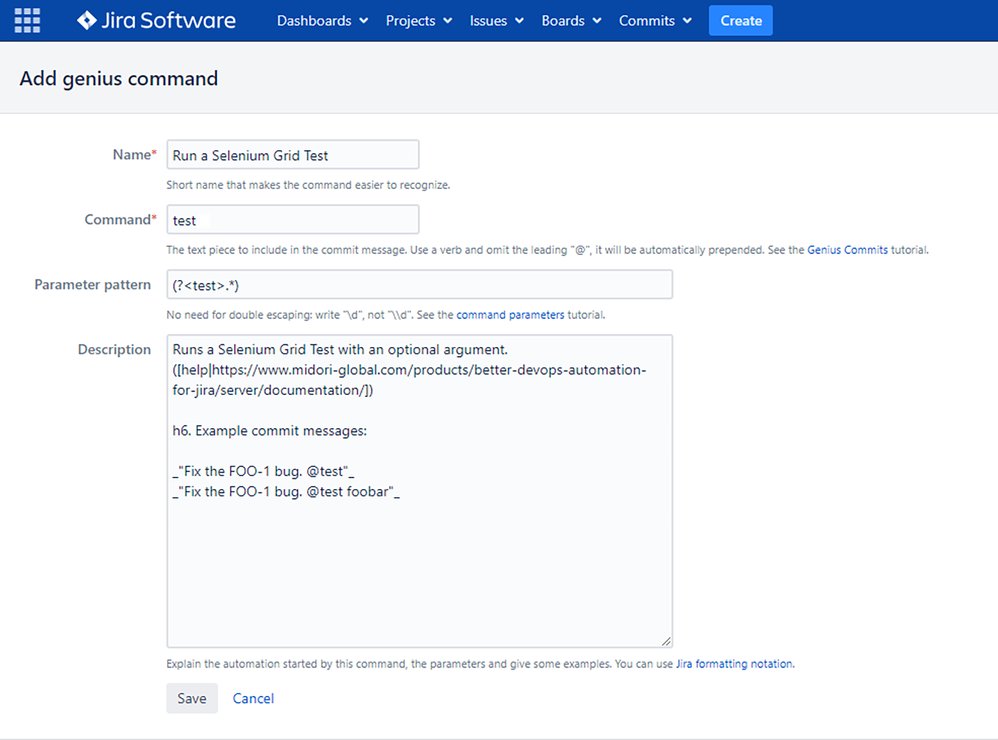 How do Genius Commits work?

Automation actions can do anything an automation rule can do, such as working with issues, logging work, sending notifications, starting CI builds, deploying code, running scripts, and many more.

Get started with Genius Commits

Genius Commits give you more freedom in setting up custom DevOps automation workflows by allowing for an unlimited number of commands that are more flexible and fit your DevOps practices better.

Are you ready to get started?