A brief history of the Atlassian Marketplace

The Atlassian Marketplace in its current form was first launched at the Atlassian Summit in May 2012. It turns 10 this month. Congrats everyone involved!

Now I'm not a huge enthusiast when it comes to writing about myself but the Atlassian Marketplace happens to be an important and dear part of my life. I was the Product Manager launching it together with an awesome team back in 2012 in San Francisco.

When I was recently asked about it I started looking for old content and photos and actually even managed to find an old recording. A bit of a trip down memory lane for me and why not share some of it here...

An Atlassian Marketplace banner from our newly launched Atlassian Developers site in 2012.

The recording I found is from the beta launch presentation at the AtlasCamp event in April 2012. Jonathan, our Development Manager back then, and I pitched the Atlassian Marketplace to an audience of vendors, in an effort to have as many as possible sign up before the Summit event the month after. It resulted in ~60 plugins listed at launch, some of which were bribed into it with beer and finger food.

I remember being really happy about this and celebrating these milestones. Imagine, at the time, the Atlassian Marketplace wasn't a sure thing. It would have failed immediately without the support of developers and vendors. To everyone who was a founding or early member, thanks again!

Me delivering a somewhat cringey talk about how great the Atlassian Marketplace will be for the ecosystem. Little did we know this would lead to a vibrant store of 5k+ apps and $2B+ in sales.

How did we come up with the idea

Around 2003, the Atlassian Plugin framework was written by Atlassian's co-founder Mike on a plane from San Francisco to Sydney. On arrival, he straight away placed it in a new product called Confluence, and later also Jira of course.

After that, the world wasn't the same. Lots of new plugins were written by external developers. When I say plugin, that's the same as add-on (renamed in 2012) and app (today). The first incarnation of a place to share these plugins between users was a simple Confluence space. Later the so-called plugin repository was kindly contributed by a vendor, I believe it was Adaptavist.

In 2009 the Plugin Exchange was born, a blog-like place where plugins could be listed and browsed. In 2010 the Universal Plugin Manager was shipped in the first products. UPM was and still is essentially the in-product companion to the Plugin Exchange and its successor.

In 2011, three-ish years after Apple's App Store and Google's Play Store (then Android Market) were becoming business strategic masterpieces, the time to build the Atlassian Marketplace had come. Fun fact: We could have also named it Atlassian Plugin Market or Atlassian Add-on Shop. But we didn't.

Why it was awesome

In 2012 we launched and in my intro talk I described its great design, speed (4x faster than the old thing) and I was "happy to announce a search that actually finds stuff". I also vividly remember stressing the importance for plugins to have a name and logo. That's where we were at.

The value proposition is largely the same today as it was back then. It wasn't just a storefront and direct access to Atlassian's customers. We built a legal and finance framework and offered a native licensing system, payment, invoicing, taxes, subscription renewals, etc. so developers could focus on the things they love, like building great plugins.

Today, big, successful, globally operating software and consulting businesses have evolved in the Atlassian ecosystem, often in part because of the Atlassian Marketplace. One of them was my current co-founder @Hannes Obweger - Fine Software - JXL who also co-founded the Roadmaps for Jira app (a.k.a. Portfolio for Jira, Advanced Roadmaps) which was acquired by Atlassian.

Yep, I'm saying co-founder because I left Atlassian two years ago and ended up as a Marketplace Partner myself. Our flagship app, JXL for Jira, is among the fastest growing paid Jira apps and used by many of the biggest Atlassian customers. It's a game-changing issue editor and organizer that combines the power of Jira with the familiarity of spreadsheets. Users can create and inline edit issues in highly customizable tables, copy and paste fields in bulk, group and structure issues in custom hierarchies, sum up fields, and much more. 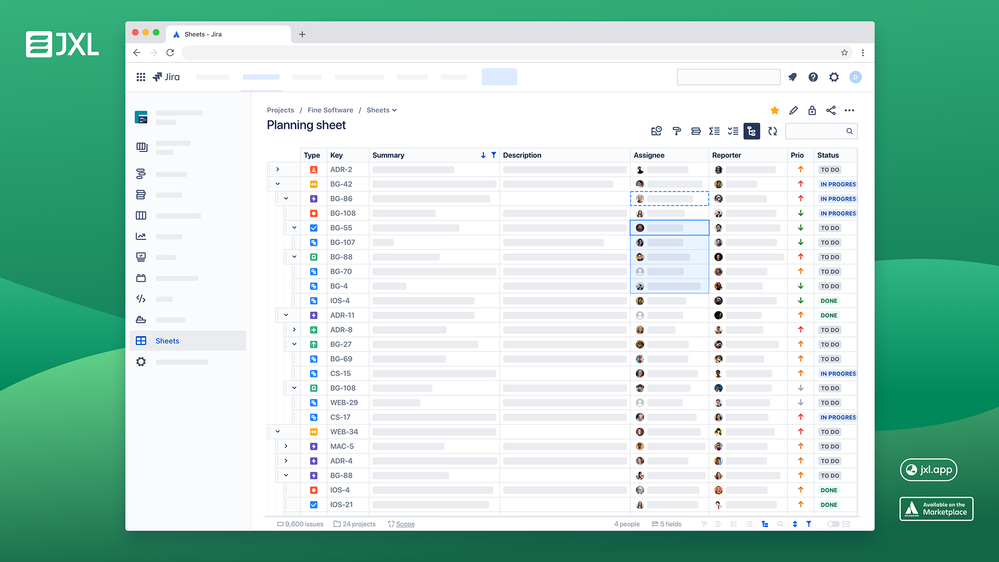 JXL for Jira. Free trial available on the Atlassian Marketplace.

Give back on the Marketplace’s 10th birthday

You can join us in the celebration by saving the date and installing our app JXL for Jira on 31 May. It's a must-have app in every Jira site.

It has been a long and exciting journey. Thank you for your huge contribution to the ecosystem and the community.

I dug up an old screenshot of our first app listing on Marketplace.
The design still looks beautiful today.

One question: I realised the cloud in the background?
Did you guys started preparing for Cloud 10 years ago? :D

You probably remember back then we already had Atlassian OnDemand, and even before that, Atlassian Hosted, Jira Studio... So the whole SaaS situation was (in hindsight a bit too slowly) beginning to bud.

But tbh I don't think we can claim that these clouds were too much more than decoration at the time. I remember in all of Atlassian's websites back then the design featured clouds alongside other somewhat arbitrary objects like globes and lightbulbs and gears and whatnot. ☁️🌐💡⚙️

Thanks for sharing @daniel ! And thanks so much for all you've done (and continue to do!) for the Atlassian Marketplace.

Nostalgia for all the vendors going down the memory lane 😌

Thanks for sharing your experience @Daniel Franz - Fine Software

Each t-shirt tells a story in the Atlassian history

Nice. Few people have more t-shirts than @Sherif Mansour . I stopped taking them at some point but I still have the important ones, e.g. the original Atlassian Marketplace long sleeve from Summit 2012/13. 👕✨

Nice article Daniel! I found a couple images too: 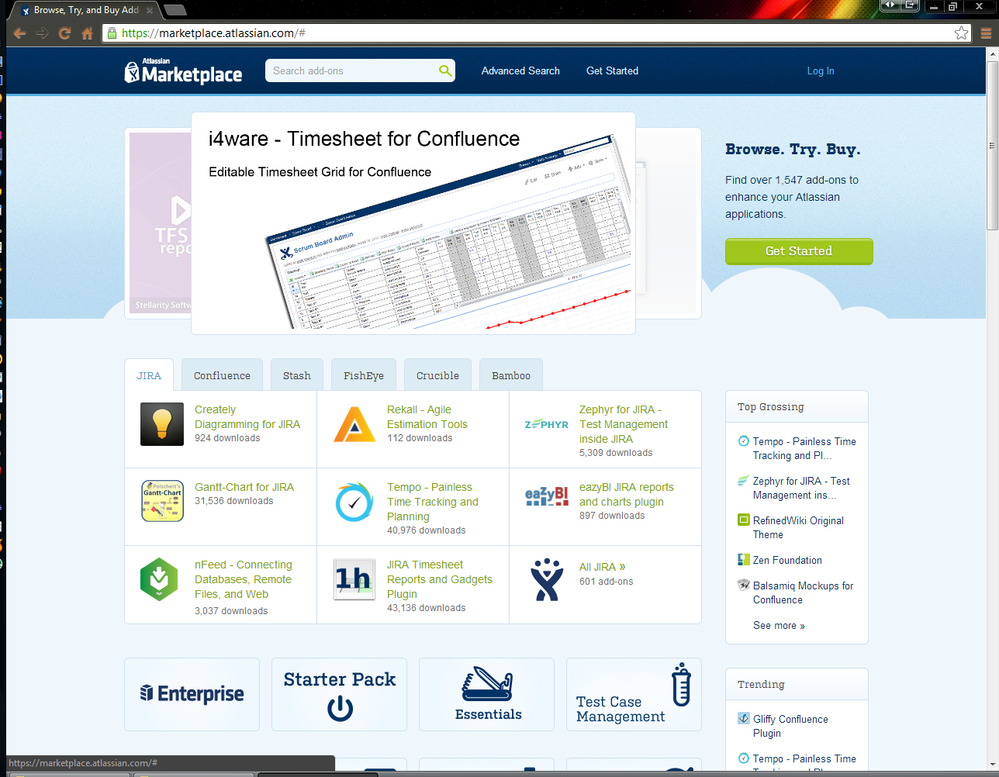