Every year, mobile phone manufacturers produce devices well-equipped with different ways to log in to your phone. It started with simple login passcodes and passwords. Then went on to complicated shapes and patterns. Now we're at an age where using biometrics to log in has become the norm with the latest devices. This tells us something we already know: mobile security is essential. 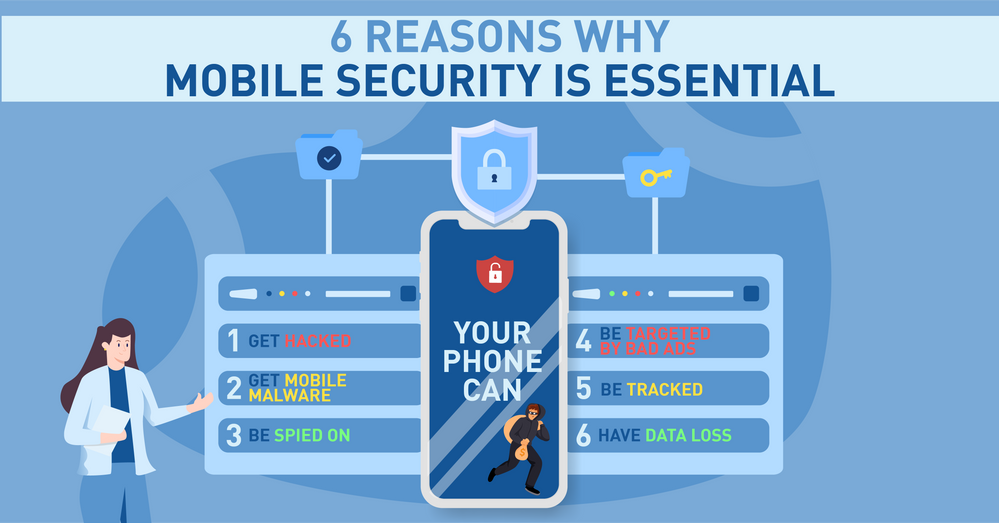 But is someone stealing your phone or gaining access to it without a passcode the only problem you might face? Obviously, the answer is a resounding no. People no longer need to physically access your device to compromise what's on it. Not only that, you don't need to have someone out to get you to lose precious data off your phone.

So what are the biggest risks you need to watch out for?

1. Your phone can get hacked

Let's start old school with something we've probably watched a million movies about: hacking. There was a time when heist movies made us root for criminals and hackers. But for techies who put a lot of hard work and effort into providing tools that help users worldwide, hacking is no longer just a Robin Hood phenomenon. It affects everyone with something to lose. Whether rich or poor, successful or on the cusp of a break, it doesn't matter. Hacking has become more about extracting company secrets, overloading servers to gain advantage, and stealing data that could both damage the company's standing and make its users lose faith in it.

We all remember the Facebook lawsuit in 2018 against Mark Zuckerberg. The Cambridge Analytica scandal had proven how easy it was for all your personal information to be leaked. Not only did many people lose faith in Facebook, Facebook lost a lot of money in the process. It's not just Facebook, either. It seems like every few years, we're faced with another Gmail breach that is either announced or kept on the down low. Think of everything you keep in your inbox. From silly emails your friend sent you, to confidential information from your boss. That is all up for grabs.

2. Your phone can get mobile malware

Still going old school, who of us hasn't worried about losing everything to a virus or malware? It's a very worrisome thought that can affect us on many levels. You can get a virus from opening the wrong email, clicking the wrong link, downloading the wrong thing, opening a file sent by a friend who'd been hacked, or even browsing the wrong web page.

While most phones boast you can't get a virus on them, none of them are immune to mobile malware. You can still contract them through any of the previous ways, as well as through downloading malicious apps. Having malware on your phone can impact its speed, how quickly it heats up, and even corrupts your data.

There are various types of malware out there, but the two most common to beware of are spyware and madware.

3. Your phone can be spied on

As we mentioned before, spyware is a type of malware you can get in any number of ways, but its effects can be damaging. The worst part about spyware, is how long it might take you to figure out it's the culprit. In some ways, it can be downloaded through a seemingly safe app. Sometimes, it's through a link or someone who has access to your phone.

With spyware, the person pretty much gets a carte blanche on your phone. They can control it, monitor your movements, even listen in on your calls. While there are times when it would be difficult to detect there's spyware on your phone, they still exhibit the same behavior as having a malware on your phone. Besides that, there can be times when you'd hear something in the background during calls, or the screen would change colors at odd times. The device might even freeze or move on its own.

4. Your phone can be targeted by bad ads

This is where 'madware' comes in, which stands for mobile adware. More often than not, we're browsing a website or even going through a free app, when we get a pop-up with an annoying ad that won't stop. Some websites won't let you proceed without agreeing to view ads. Other times, if you're browsing a free app, there's no escaping them. But it gets much worse when these ads are coming straight from your phone without you realizing you've downloaded a malicious app. To make matters worse, these ads are usually inappropriate and very disruptive, and that's not all! These adware can function just like spyware and rain havoc on your phone.

5. Your phone can be tracked

Similar to what happens with spyware, people can monitor you and track what you do in different ways. From where you logged in or where you're standing to time stamps of everything you've done and places you've visited. It can happen through connecting to a suspicious network or visiting suspicious sites without a security measure in place.

6. Your phone can lose all its data

Basically, what this means is that you can lose your data and privacy. Without the proper security measures in places, all of your information is compromised data either through someone taking it from you, or from it getting corrupted.

So what can you do to keep your mobile phones safe?

Yes, there are a lot of risks these days with technology, but that doesn't mean we need to swear off it and venture into the woods to live in nature – though that doesn't sound half bad. All you need to do is to be more conscientious about your mobile security. 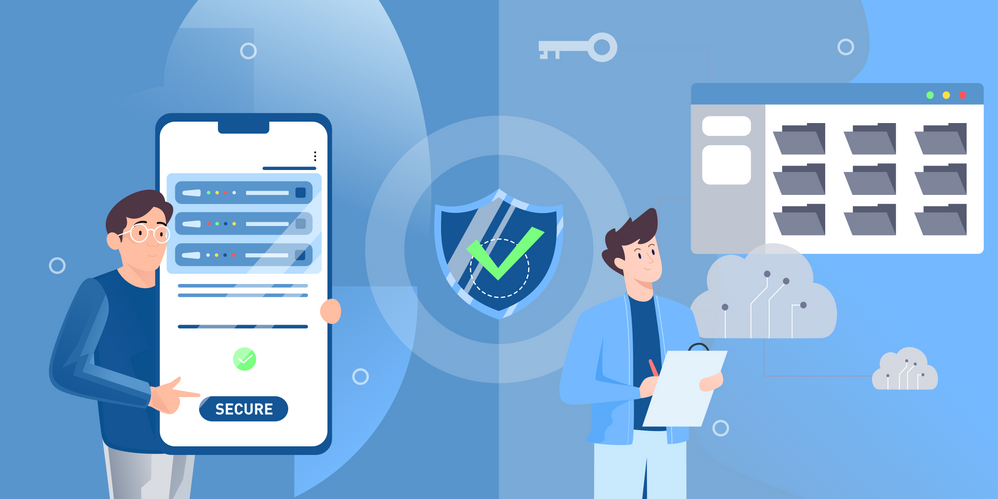 One: it goes without saying that you shouldn't be opening links from unknown sources or browsing webpages that look suspicious.

Two: to get a better picture of your phone's security, you might need to download an antivirus or anti-spyware apps to keep it safe.

Three: try to stay on the safe path and only use secure networks for internet. One never knows what's up with these free networks.

Four: if needs must, use a VPN to at least keep your information encrypted and protect your phone and your data.

Five: ensure your phone has secure login options for the apps you use. There are mobile app security providers such as miniOrange that integrate with various apps to guarantee a safe login experience. Its integration with Mobile for Jira has made the experience seamless for its users. If you're providing customer support and building a service desk, this is something you'll need to keep in mind.

Six: last but not least, it's not just a matter of your data being stolen, it's also about losing it. The best way to prevent that from happening is securing backups. One of the optimum ways of doing that is through the Cloud.

To many of us, our mobile phones have become a lifeline. Some of us use it for the joy of perusing the internet, others use it for important business dealings. No matter the reasons behind our attachments, there's something we have in common: we want our information to remain safe. For that reason, we need to take the necessary measures to secure our mobile apps.