New feature: Record your screen in real-time with Jira Cloud on Android

The invention of the wheel made life immeasurably easier. Before wheels, what did we have? 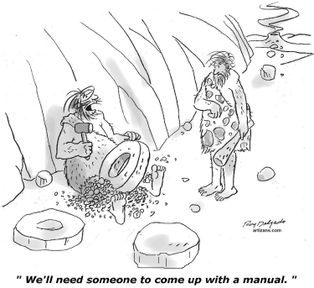 Another life-changing invention (for Android users of the Jira Cloud mobile app) arrived in late 2019: the extraordinarily convenient screen recording feature. Cue confetti! (It’ll get built for iOS in future, too.)

What is this feature?

Within Jira, you can record your screen in real-time, and attach the recording to a Jira issue instantly.

Example of a common use-case

Testing something? Need to report a bug? Record a live-action video of the bug on your device, and attach it instantly to your Jira issue.

How to do it

Create an issue (or open an existing one), and tap Record screen. Too easy. 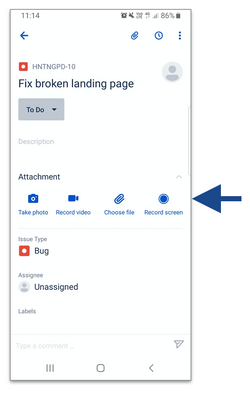 You’ll get the option of allowing a floating record button (this is the simplest method), or recording via notifications (also super easy). 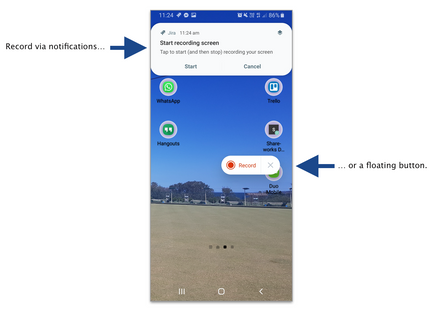 What are the benefits?

We spoke to hot-shot users like yourself, and learned that many people use third-party apps to record their screens, upload their videos, and attach them to Jira issues. It’s an especially common scenario for people conducting mobile testing. This new Jira feature means you can say goodbye to third-party screen recording apps, and au revoir to uploading videos via your computer. You can stay within Jira and attach a screen recording to a Jira issue instantly.

Detailed descriptions are often added to Jira issues to sit alongside screenshots and images, providing explanations and/or background information for colleagues. For example, in the mobile-testing scenario, typed descriptions include the steps taken to reproduce the unexpected bug captured in a screenshot. A real-time screen recording can demonstrate the steps taken in a clear, concise way, helping to reduce the need for a typed explanation.

This new Jira feature lets you include spoken commentary with your screen recording, which helps to remove possible misinterpretation of typed explanations.

How did this feature come to fruition?

We thought you might be. So here it is (in a nutshell).

Brainstorming happened. Visions were conceived. Ideas were iterated upon.

Our team of developers went into focus mode: the necessary APIs were in position already, so putting the feature together was relatively straightforward. Integrating it with Jira’s existing, complex code base was the biggest challenge. 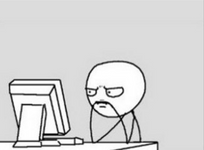 Along the way, we collected feedback from users to ensure we weren’t wasting anyone’s time: did people actually want this feature?

We received a resounding YES from Jira end-users. Here’s a small sample:

Zach: “This would be incredible for bug fixes and improvements on mobile.”

Spencer: “I would use this frequently for issue tracking.”

Mehrdad: “This feature would help me to explain my opinion to my team. I’d love this feature.”

Leona: “This would be very helpful when raising bugs to demonstrate the steps taken. This would be especially helpful for time/speed-related issues and those which are visual/cannot be captured in a screenshot.”

Slobodan: “I would love to have this one.”

Nhaiara: “Easier than sending the file to myself and creating the ticket in my computer.”

So the feature launched to a very warm reception. Now you can seamlessly record and attach a live-action screen recording to a Jira issue.

Go on. Try recording your screen. You know you want to.

Have you used this feature yet? If not, would you?