Ranking work items in the backlog helps your organization plan for what to develop next. The backlog serves as a prioritized list of work items, where the most important items are ranked highest.

It may seem like a simple concept, but with the many different ways to rank items in Jira Align, I’ve heard a few questions come up when rankings don’t match from backlog view to backlog view.

With that in mind, here are a couple of pointers to make the most of (and understand) the finer details of ranking in the backlog:

Tip 1: To rank work items relative to other work items of its type, regardless of parent work item, use the backlog for the work item type you’re prioritizing.

Ranking and refining your backlog is an ongoing process. Because each work item type represents a different level of detail, strategy, and time, you will need to regularly level-set on like items. Viewing your prioritizations at multiple levels of strategy can uncover hidden dependencies, allows you to account for milestones and events, and empowers teams within your organization.

Tip 2: Child items in backlogs can be ranked to change their priority relative to one another within the parent work item.

This is a separate rank from a work item’s rank in the backlog for its work item type. This way, you can prioritize features within an epic, but also show how the features relate to one another in more detail.

Here’s an example of these two at play:

In the Epic Backlog, epic 271 is prioritized first in the program. Under that epic, the epic owner created and prioritized nine features relative to one another.

Listed under Epic 271 and its child features is epic 413, which is ranked second. It contains one child feature, feature 847.

In the Epic Backlog, it appears as though feature 847 is a lower priority than the nine features under epic 973. However, in the Feature Backlog, the product owner referred to the Epic Backlog and then re-ranked the features against one another, regardless of the rank of their parent work items.

Comparing and ranking features this way, the product owner decided that working on feature 847 is more important than developing some of our high-priority features that are part of epic 271.

Looking even closer, the ranks of the first two features are different from what the epic owner prioritized. The feature ranked first in the Epic view is ranked below the second-ranked feature.

These discrepancies in the different backlog views could mean that the epic owner and product owner may need to discuss reprioritizing the features and epics. Epics may need to be reprioritized, since if teams worked on features in this order, all the work for epic 413 would be completed before work in epic 271 wraps up. But features should also be considered for reprioritization, so that all views on pages that showcase these rankings, such as the roadmaps, are consistent with one another.

Finally, you might already know that the options you select in the Configuration bar at the top of the page impact what’s shown in the backlog. But those same Configuration bar settings also determine the type of rankings you’re setting the backlog view: either at a global, portfolio, program, program-PI, or team-sprint level.

Why so many levels? Imagine a story that isn’t a high-priority item compared to every other feature, but is necessary to pave the way for other features in the future. Although its global rank might be low, it might be a high priority to complete during a specific PI. That brings up one more important tip I’d like to offer:

Tip 3: Make sure that you review current work item rankings (with the appropriate people and time settings selected in the Configuration bar) as part of your regular refinement and planning cadences.

An up-to-date backlog keeps everyone informed, and ensures that what’s most important gets discussed and further defined. You should revise the ranks as new work is added, and adjust as priorities shift. For example, refine rankings at the program and PI-levels before entering PI planning.

For a step-by-step guide on how to rank work items on the Jira Align Backlog page, check out this article in the Help Center.

Note: This article is the first in a two-part series on ranking. Click here for the second article!

@Emily Koch Awesome job with these articles!  Thanks so much for doing these write-ups in the Community! 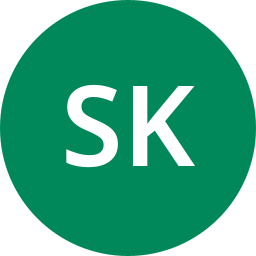 Excellent article @Emily Koch ! And thanks for the Help Center links! @Rae Gibbs we appreciate you serving as the SME!

@Rae Gibbs Thank YOU! I couldn't have done it without you!

Amen, @Emily Koch and @Rae Gibbs rocked this one!