As per the SAFe documentation, the team adds a feature on the Program board during the PI planning ceremony. 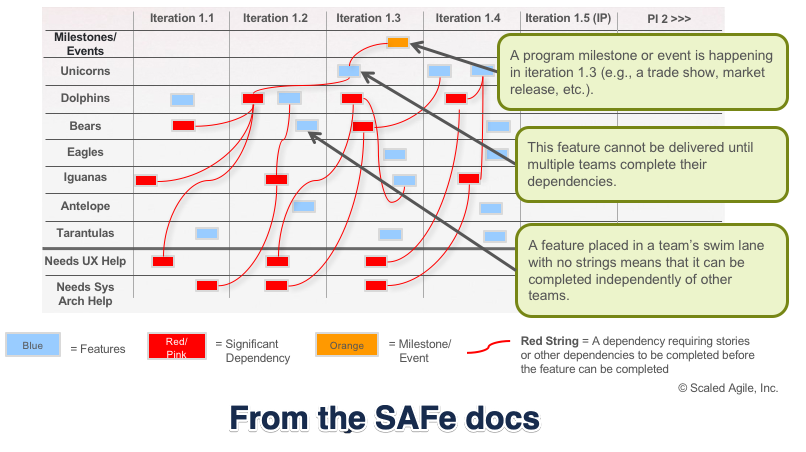 Since, a feature can have multiple stories and can span multiple teams thus for some product teams it might not be a requirement to directly link a feature with a team because the moment you create a child story for a feature that Feature in Jira Align gets automatically associated with the all the teams associated with all the child stories of the feature. I will later showcase how you can see the Feature-Team mapping in Jira Align once the feature has child stories created.

But for some product teams, it might be required to associate a feature with a team before the PI planning process or before the feature gets split into stories. This is sometimes required to give a heads-up to the relevant product owner who’s team will be leading the efforts to deliver that feature and enable a pull model for features wherein once the product team has mapped a feature with a leading team then it’s upto the PO of that team to pull the relevant feature and split it into stories. Let's see how we can associate a feature with a team in Align in a scaled agile context.

By adding a team tag to the feature

By adding a team tag to the feature, we can associate the Feature with the team and the thus enabling the relevant team stakeholders to get a view of the features currently in backlog which are coming their way

Here you can see I have added a tag called “Washington” to the feature and then based on the tag the team’s PO can filter the Program backlog to see the features mapped to “Washington” team.

By creating a template story under the feature

Firstly, we create a mock story under the relevant feature

Then we map the story directly with the relevant team, in this case “Washington”.

To see the feature backlog categorised by Team you need to switch on this toggle on the top right when we are in the Kanban view of the Feature backlog.

Program Board is the backbone of the PI planning process, wherein you can not only effectively plan your PI but also track dependencies, risks, objectives etc during the PI execution. During the pre-PI planning process you can also access the program board and access the features which are not mapped to teams and only on the program board you have the ability to directly map features to team. 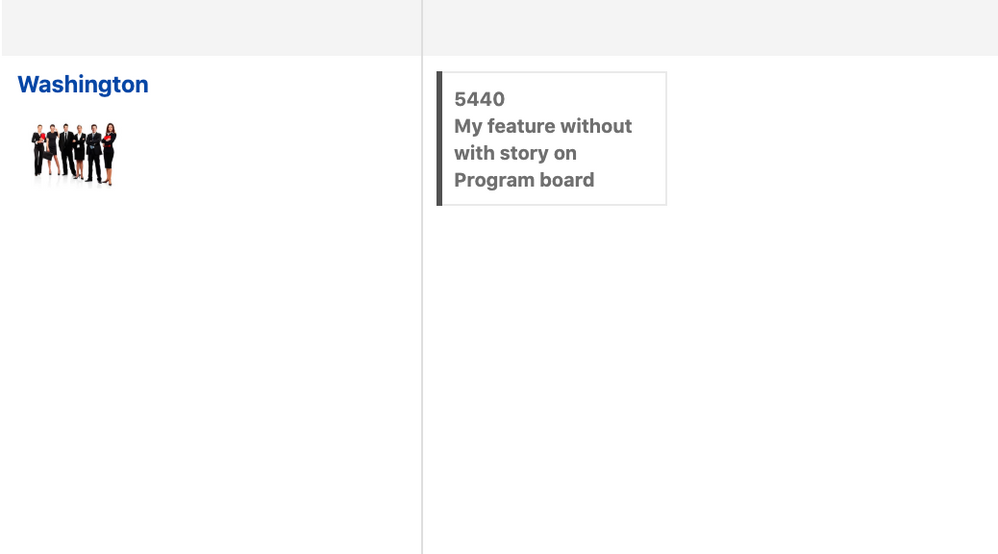 So, though the feature currently has no child stories still we can directly map the feature to a team exclusively on the program board.

In this write-up we have seen various ways of associating a Feature with a team in Jira Align in context of SAFe and general good Agile practices.

Question, the article starts with an image of @scaled agile. Can the same overview, including the lines, be realized in Jira Align? If so, can you put a screenshot as an example here?

Great question! With the Jira Align Program Board we avoid showing the red yarn to prevent the board from getting too messy with large Programs. Jira Align represents dependencies by showing an icon on the dependent team(s) row on the Program Board and highlight them along with the Feature they are associated with. If 2+ teams are working on a Feature (less dependency, more collaboration) we also represent the Feature on both team rows within the Program Board (they represent a single Feature, so you don't have two Features in your backlog). Here are a couple links that can tell you more: