When I attempt to upload a patch created from a GIT repo via the command line (exactly as outlined in this article: https://confluence.atlassian.com/crucible/creating-patch-files-for-pre-commit-reviews-298977458.html), I get this error message:  "Error adding patch: revision display name may not be null or empty."

I've tried creating patches both for the working copy changes, and a local commit containing the same changes. I found a question describing the same problem: https://community.atlassian.com/t5/Fisheye-Crucible-questions/not-able-to-upload-patch/qaq-p/775575

That question has no answers, so I must ask again. What should I do to resolve the problem? 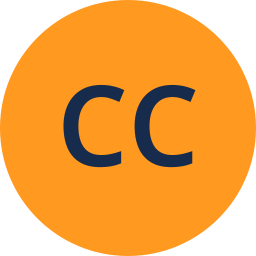 Could you please share more details regarding the current setup and the patch here?

This is what I would like to collect to start investigating:

- the full stack trace from the atlassian-fisheye-YYYY-MM-DD.log file when reproducing the issue

- if possible, the full content of the patch (maybe you can create a small sample one that can be shared here)

- the Git version used to create the patch

Could you also try to generate the patch by running the git diff command (instead of using the command line option)? What happens if you paste the content directly into the patch user interface dialog in Fisheye (instead of uploading the file)?

I'll post a similar reply to the other question to see if we can troubleshoot this in parallel.

Apologies for the late reply. It took a while to navigate the corporate infrastructure. This is what I've gathered so far:

- There is no stack trace from said log file or so I'm told. The file contained system events from hours before the error occurred. Unfortunately, I couldn't obtain the full log and have no further knowledge on its contents. Is there another log file that could contain something useful?

- I already tried the git diff method and having just now tried to paste the contents of the patch, I can confirm there is no difference in behavior.

Below is the content of a sample patch. Though the userToAssignTo value has been redacted out of security concerns, we still receive the same error. Also, in the process of creating a sample patch, we noticed the problem appears only when the patch reflects changes on a file which has been committed and pushed to the remote repository; including new files works without a hitch.

We have identified a bug: https://jira.atlassian.com/browse/CRUC-8388 please have a look at the workaround described there and watch the issue for further updates.