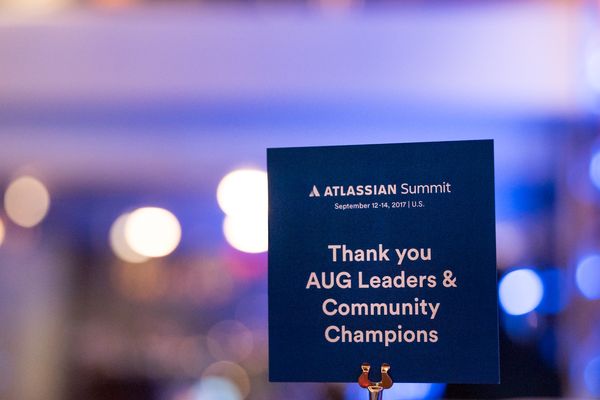 For those who were able to join us at Summit, this is old news.  But some of the rest of you might be interested to know that we awarded some lovely trophies to a few of your friends here.  In addition to the aforementioned trophy, they had photos made with Atlassian's Co-CEOs . Below I've pasted a (rough) transcript of my talk from the Champion/AUG leader award dinner.  Please join me in congratulating the following:

Ok, it’s my turn to stand up in front of you now, and to highlight the work that some of our community and partner champions have done to build this incredibly exciting place on the internet. Monique and I are always amazed and awed by the amount that each champion puts into growing the site, but particularly so when we were selecting the people we’re about to recognize.

CHAMPION WITH THE ANSWERS

Next up, our “Community Changemaker” award. This is someone who advocates in a positive and constructive way for change, and is considered a thought leader on the community. This champion has the most “likes” of all time in the moderator collection, has been a consistent constructive participant, is always positive, and has been a great contributor.  I’m always delighted with the collaborative way he approaches questions, often posting them to our moderators’ area for input from his colleagues, and listens closely to what they say.  He’s also been building a Chrome extension for champions, and has been experimenting with using the api to pull in metrics for us all.  So thank you, Daniel Eads, for being a part of this community. 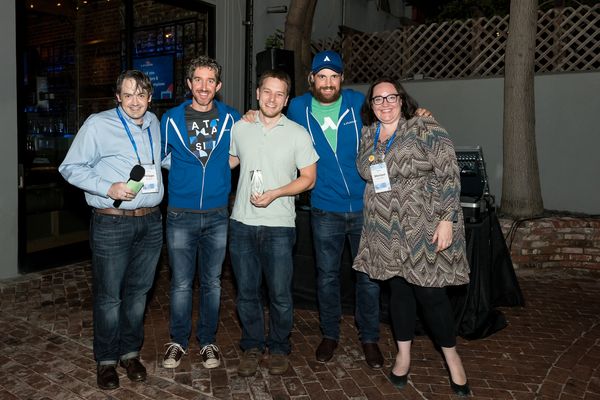 Third, we want to turn our attention away from Q and A and toward article writing.  Our Article Writer award is given to the champion who wrote the most articles or had the most engagement on their articles.  This champion wrote seven articles for us so far, including a fantastic series on Confluence, which he called “The Admin’s Tale”  - he’s also one of our most active overall champions - Thomas. 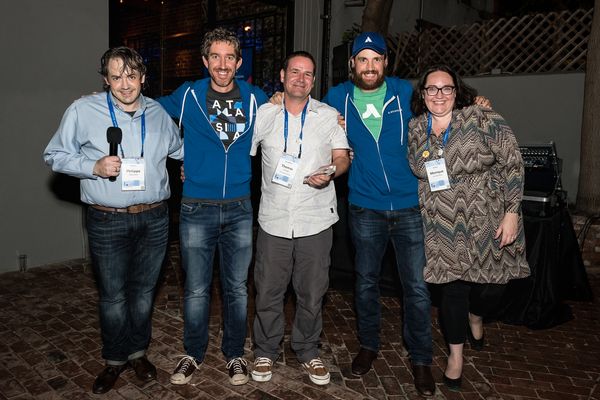 JUMP IN, THE WATER’S FINE

We had trouble naming the next award, but Monique landed on something that gets it across beautifully… we call this the “jump in, the water’s fine” award.  It’s for the champion who best exemplifies the concept of hitting the ground running.  This award really has to go to someone in particular because he is the walking embodiment of this spirit.  Not only was he a new champion, he wasn’t even a user of our products a year ago!  You’d think a newbie would just be on the community to soak up knowledge, but not this champion.  He joined the community at the beginning of June and is already #10 on the Champion leaderboard! MatthewN, one of our most consistent champions, and one who didn’t even use Trello a year ago, showed us all how to jump in, because the water’s fine! Sadly, Matthew can’t join us tonight, but Monique will be sure that the award is shipped to him, and I talked to him this weekend to congratulate him.

And finally, for our final award, the outstanding champion:

When I joined, I pulled a list of our most active users and some metrics around them, and one name jumped out at me so much that I circled it in highlighter. I believed that engagement on the level of this champion could not be sustained for long - it was a reminder to me to check in and be sure this champion wasn’t burning out.  I mentioned it to my boss, Leslie, who laughed and said he’d been doing this for years, first on Answers, and then on our new community.  This champion has 5x the level of engagement as anyone else, and stuck with us through the somewhat bumpy launch period.

To calculate this award, we calculated overall points based on 1 point per post, 6 points for accepted solution, and 25 points per article. This champion had 4438 points.  Put another way, his points represent more than the next 12 Champions combined, and overall represent 37% of all champion points, total.  Also a member of our Advisory Board, we want to recognize our Outstanding Champion, Nic Brough! 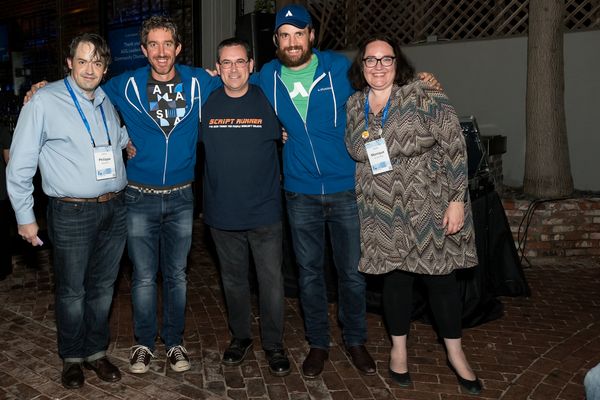 Great surprise,  that's a nice one, thank you 😊 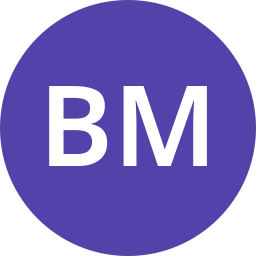 Head of Online Community for Atlassian